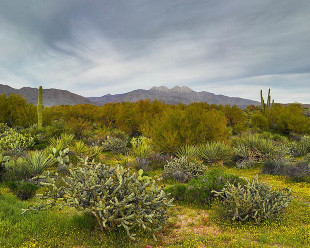 Force Change
Culturally important Native American lands may soon be sold to a foreign-owned mining company thanks to a provision snuck into a 2014 defense bill. Senator Bernie Sanders has introduced a bill into the Senate that would repeal the land exchange and protect the area, known as Oak Flat, from destruction.
Oak Flat, which lies within Tonto National Forest in Arizona, has been used for Apache young women’s coming-of-age ceremonies for centuries. It’s also a place steeped in dark history. The site was originally part of the Old San Carlos Reservation, where the Apache were imprisoned by the U.S. military in the late 1800s during the Apache Wars.
Due to the extensive copper reserves in the area, mining activities in Oak Flat would dig a crater two miles wide and 1000 feet deep. The site also lies dangerously close to the Apache Reservation’s aquifer. Mining could cause serious contamination to groundwater through acid runoff, threatening not just the reservation but neighboring towns that rely on the aquifer as well.
Though they have a wholly legitimate claim to the land, the Apache people simply want to maintain public access and forbid mining in Oak Flat. They fear the destruction mining will cause and the inability to visit the land to perform rituals or collect herbs—important parts of their way of life. Urge the Senate to support Sanders’ legislation and protect Oak Flat from corporate greed.... 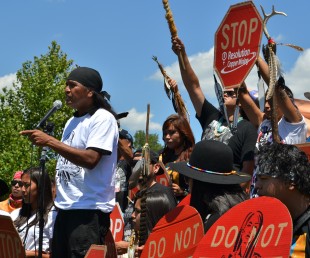