Here is a great catch of a UFO shooting past a contrail of a jet to investigate it. UFOs monitor the closest things to them, and things that fly interest them a lot. I have tried similar techniques of recording planes and have caught UFOs fly past a few times. Its more common that you know.
Scott C. Waring
www.ufosightingsdaily.com

Eyewitness states:
I was getting ready to go to work at about 11:30 am. I noticed a plane or jet heading straight up which got my attention. I started recording the jet till it was out of range of the camera. I later came home from work to see the video when I noticed a very fast object me and my girlfriend didn't see during the time I was recording. It was at about 0:10-0:11 seconds into the video when I saw a object past extremely fast from the right side of the video and head to the left side of the video. I took screenshots to analyze it a bit better. It looks like something I've never seen. Not a bug or bird. When I saw it more clearly I was excited and sort of skeptical, but I then uploaded it to YouTube so my friends and family can see it and give me their opinion and most said its definitely a ufo. I'm not sure what it is but I want to share this video with MUFON and maybe I can get a answer or maybe you guys can have more evidence of real UFOs. This is not faked or tampered in any way. I appreciate your time. 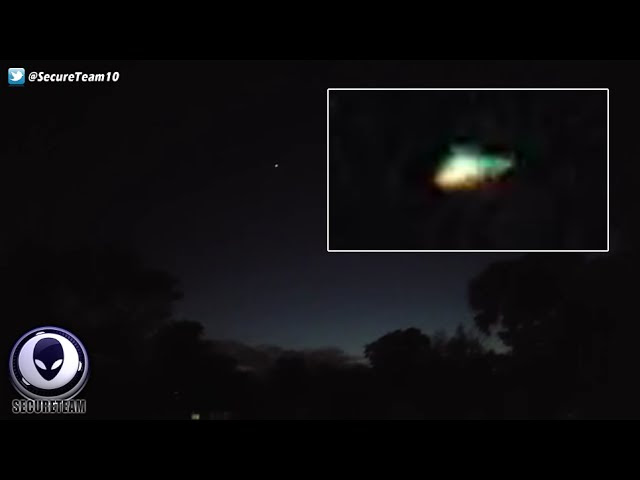 
Vancouver, BC – Exclusive new video published to YouTube on January 19, 2016, shows UFO images from a smartphone depicting two white luminous spheres over downtown Vancouver under blue sky daylight conditions on New Year’s Day. The witness claims there were three objects that appeared to be travelling southwest and that one of the objects, not shown in the video, had already disappeared behind a building at the time of recording. The remaining two objects seem to remain equidistant apart while drifting in slow unison unlike local seagulls or possible balloons.
The witness has requested anonymity and offered the following testimony regarding their experience. “On January 1, 2016, at approximately 11:11 a.m. PST, I was walking my dog and I looked up and saw three flashing metallic looking objects coming from over the North Shore Mountains. Immediately, I pointed them out to a couple who also witnessed them. Right after I pulled out my phone and started recording. The objects travelled linearly towards the southwest.“
The raw original video was recorded in high definition 1080 resolution at 30 fps using a Samsung Galaxy Grand Prime SM-G530W smartphone CMOS camera. The published version corrects for vertical recording via digital magnification, image stabilization and time expansion providing viewers with a clear look at a mystery that accompanies daily life on the West Coast for numerous experiencers.
The January 1, 2016, incident follows upon statements made by this reporter to international Chinese network New Tang Dynasty Television in a 2013 interview during which it was observed how “These phenomena are accessible to the public and with the prevalence of modern digital photographic equipment like cell phone cameras we can expect more and more evidence and data to emerge from this population.”


At the time of that interview there were possibly tens of millions of species living on our planet that are unknown to and unclassified by conventional mainstream science. A contemporary science article published by NBC News earlier that year cited strange creatures dwelling in plain sight in our cities, explaining how “If we don’t look, we’ll never know.” 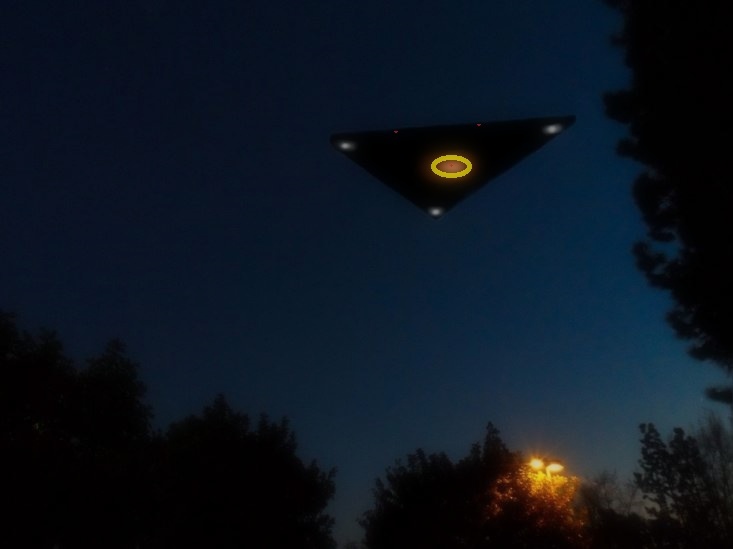 STRANGE ALIEN OBJECT ENCOUNTER IN SOUTHERN AUSTRALIA
.
JANUARY 5, 2016   ………….  HACKHAM AUSTRALIA
.
Hey all, please no ridicule, I’m telling not one word of a lie.. I still can’t fathom what the hell I witnessed.  I’m writing this in hope that someone that night witnessed something, as I was alone, just my dog & I in my car.   I’m from South Australia. Last night at around 10:50-11:00PM driving down South in Onkaparinga /Hackham driving along States Rd /Penny’s Hill Rd, I witnessed a massive weird shaped object on a vertical angle.  I pulled over & watched it just suspended there with Clear glowing white bright lights under neath it, made absolutely no sound. It looked very very overwhelmingly large sinister looking, sort of dark metallic ripple look. Nothing what I would have suspected a UFO would appear to look like. It was suspended there not that far above the housing suburb maybe 6 streets away and looked around 3-4 houses large if not much wider.   My brain was pushing that much adrenaline/anxiety all at once, couldn’t comprehend what the hell I was witnessing.   Once it flew away, I drive quick down Penny’s Hill following its view . It flew very gracefully with elegance like a plane, but simultaneously at a very quick speed North/West. No sound still the whole time. Once it moved on, was out of view in about 20 seconds.   Felt like minutes and my heart was racing like hell.  I’m hoping someone witnessed this & not just myself . I know exactly what others probably think , but trust me , I still having trouble grasping this I was hoping you guys may have a photo of what you may think it could of been. As if all happened in under a minute & it was a hell of a lot to mentally take in, when it’s so far out from reality of the norm. Thanks this is very important to me.  NOTE: The above image is a rendering.
.
Special thanks to Matt H. for this exciting account.
.
KEN PFEIFER WORLDUFO PHOTOS AND NEWS
WWW.WORLDUFOPHOTOSANDNEWS.ORG
WWW.WORLDUFOPHOTOS.ORG
THIS WAS SUBMITTED TO WORLD UF PHOTO…….
.
.
Thanks to: http://worldufophotosandnews.org/ 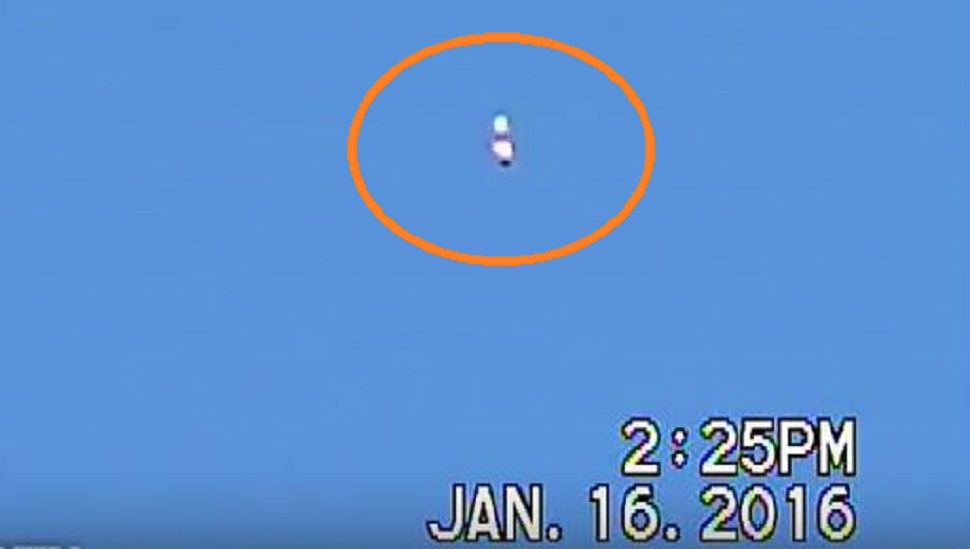 HIGH FLYING UFO CRAFT NEAR LACKLAND AIR FORCE BASE
.
JANUARY 16, 2016  …………….  SAN ANTONIA TEXAS
.
Here’s one new daytime sighting of a two bright orbs hovering in the sky above San Antonio in Texas. This was taken on Saturday, 16th January 2016.
Witness report: As I was Skywatching facing north, I Notice this object high altitude it did not appear to be an aircraft.  When zooming in two rotating Orbs traveling high in altitude came into view.  You can clearly see a Larger Orb and a Smaller Red underneath.  They were traveling at high altitude used the top of the roof top as reference point(giving the altitude it was traveling).  At one point you can see the Small Red orb Enter/Exit the Larger Orb.  They appear to be under some sort of controlled and they traveled in constant speed,direction and elevation.  On the video stills you can clearly see smaller U.F.O Enter/Exit larger U.F.O.  I tried to keep them in frame as they traveled.  I followed them until losing sight of them.  In my opinion these glowing objects were clearly no aircraft,weather-balloon or satellite. 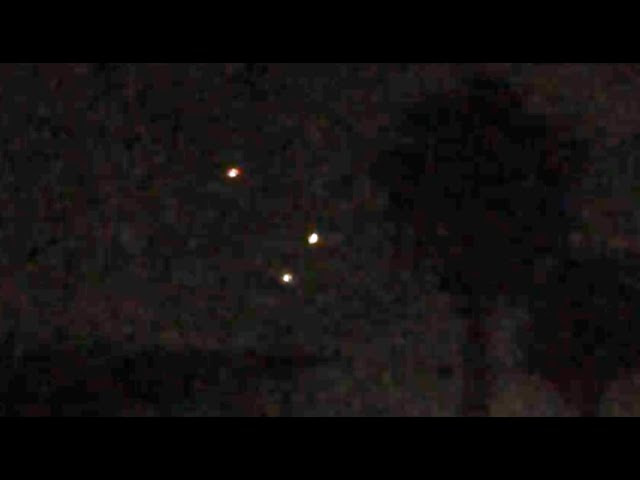 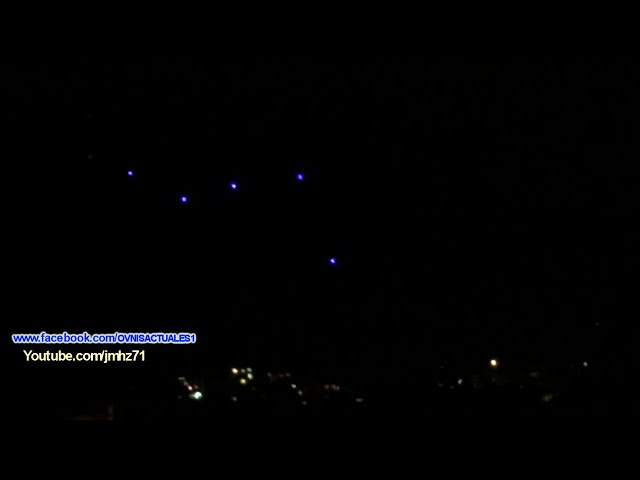 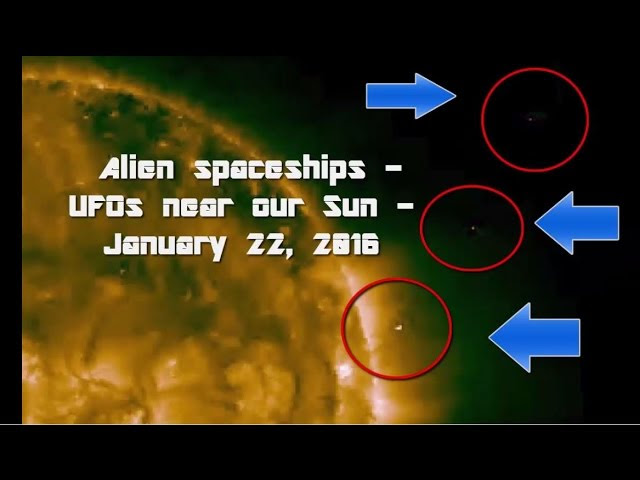 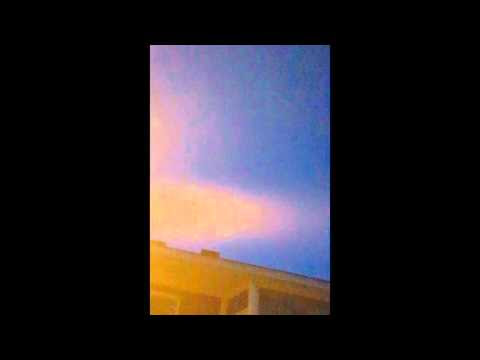