Modern Kali Yuga and the Full Spectrum War Against Consciousness

Modern Kali Yuga and the Full Spectrum War Against Consciousness Fri Jan 22, 2016 10:40 am

V. Susan Ferguson, Contributor
Waking Times
We are now in the closing years of this Kali Yuga. The question is:

“If this is just a yuga and it is all destiny why bother with anything at all and just kick up our heels until the party is over? Am I supposed to try with those who are awake to all of this and save earth, or is all of this inevitable?”

As always it is completely up to every individual what you choose to do with the time remaining. You can choose to do nothing. All that matters is your own consciousness, meaning the conscious state you are in when you do anything. You are the One veiled as the temporal identity-self you currently inhabit, which is like a ‘data-collecting vehicle,’ as we are all amassing our own experiences through the illusion of perceived Time & Space. The ultimate goal is Enlightenment, meaning to remember that we are and have always been God-Consciousness — no matter who we have been, or what we have done. Yes, even the demonic is the One. How could there be a grand cosmic drama in a polarity universe without the Dark side?
Therefore the choice is yours as to whether or not you “try with those who are awake to all of this and save earth.” The Earth will always be saved. She is eternal, the Goddess, Prakriti’s Matrix, Gaia, that portion of the One God-Consciousness that provides the Shakti power to weave the temporal illusory holographic matrix and manifest multiplicity throughout eternity.


So why do we fight?

Some of us will choose to fight the demonic because we are warriors, Spiritual Warriors — not warriors with ray guns & nukes like the demons, those unfortunate humans who have been assimilated into believing they are the master race entitled to rape & pillage the earth of her resources and all mankind of its life and hope. We fight to create a frequency of God-Consiousness, a waveform that can cover the planet and infuse every consciousness with integrity and the Remembrance of Truth, Satya, the eternal Dharma, the metaphysical Law that is the substratum of this apparent Woven Universe.
I went through this choice thing. For seven years I was ‘safe’ in New Zealand with my Kiwi husband and permanent residency status. But, I was lonely for my own people, for freedom loving Americans. I was weary of being an ex-patriot and all the isolation that comes with it. As the years passed, I watched the Global Corporatist Regime and their insane with greed 1% destroy the middle class, corrupt the Bill of Rights and the Constitution beyond recognition — and I found myself longing to return home.
By the time I reached the Olympic Peninsula WA, I was not in good health and I had lost most of my muscle. Yet, even then I did not quite connect the source of my un-diagnosable multiple illnesses with the intense chemtrails I had been exposed to in Charlottesville VA, in 2005 before I left for New Zealand. I carried with me, down to the Southern Hemisphere, the aluminum, barium, strontium, and Morgellons inside my frail body. My symptoms grew worse.
Little did I realize that the Olympic Peninsula in Washington State was being turned into an electronic warfare training zone for the US Navy — where chemtrails were being sprayed dumped daily and radio frequency microwave portable emitter towers were being used to enhance the military’s exercises, some of which they term ‘jamming’.
I began to take photographs of the aerosol spraying and the electrified skies. I even succeeded in capturing the toxic filament fibers in the lens of my flashlight — perhaps ‘spoofer spray’ used to make the planes invisible. I have seen chemtrails being laid across the sky where there are no planes. The EMFs make me sick and weak, but I’m taking the natural antidotes for all this massive assault on my now 70 year old bones. And I’m determined. 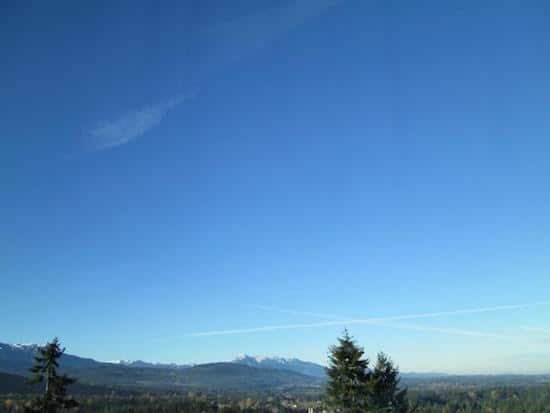 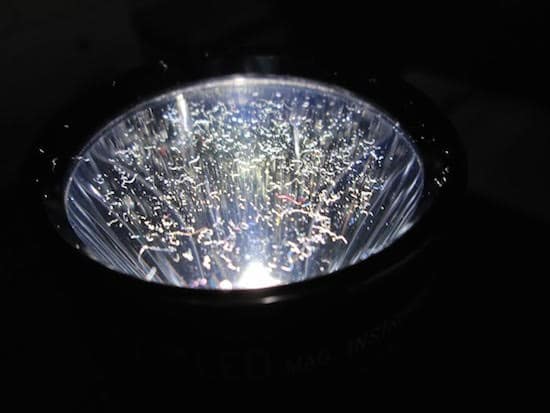 On the Battlefield in the Bhagavad Gita

This moment in time is exactly the same moment that generated the Bhagavad Gita. Arjuna is on the battlefield facing vast armies and yet he has doubts. Krishna clears his doubts in the dialogue that is the Bhagavad Gita. This sacred book is perhaps the most important and valuable ever written. A real user’s manual. It describes the eternal human dilemma. When faced with the decision to fight or turn the other cheek, what do we do?
Krishna tells Arjuna that no one ever dies. The forms on the battlefield, the men are all temporal appearances. We are all the One eternal, imperishable, immutable. Arjuna is a warrior. It is his Dharma, his duty to fight the demons, meaning those unfortunate beings that have allowed the demonic to capture their consciousness — even if they are his family, teachers and friends. At the end of the Bhagavad Gita, Arjuna tells Krishna that his doubts have been cleared and he is ready.


Wisemen Do Not Grieve!

The Bhagavad Gita II.2
Krishna speaks to Arjuna in the middle of the battlefield before the battle:

Why has this mood come over you at this bad time, Arjuna, this cowardice unseemly to the noble, not leading to heaven, dishonorable? Do not act like a coward. It does not become you! Rid yourself of this vulgar weakness of heart, stand up, enemy burner!

You sorrow over men you should not be sorry for, and yet you speak to sage issues. The wise are not sorry for either the living or the dead. Never was there a time when I did not exist, or you, or these kings, not shall any of us cease to exist hereafter.

It is never born nor does it die;
Nor once that it is will it ever not be;
Unborn, unending, eternal, and ancient
It is not killed when the body is killed.

After Arjuna has listened to Krishna’s eternal wisdom that is the dialogue of the Bhagavad Gita, Krishna says:
XVIII.71 & 72

…he who, filled with faith [shraddhavan] and trust, listens to this, will be released and attain to the blessed worlds of those who have acted right.
Arjuna replies:

XVIII.73
My delusion is gone, and by your Grace I have recovered my wits. Here I stand with no more doubts.
**Translation from J.A.B. van Buitenen, The Bhagavadgita in the Mahabharata; The University of Chicago Press, 1981.


We are All God

The war we face is a War of Consciousness. We have been lied to on such a monumental scale that it is difficult for even the most astute of us the clear away the miasma of amnesia keeping us from liberating Truth. The Truth does set you free. This is the main reason I chose to leave New Zealand and to come home to the USA and fight to reveal the Truth that we are all God, that God dwells within every man, woman & child. Every layer of mendacity that is lifted, brings each of us closer to knowing that we are part of this substratum that weaves the Universe, that we are THAT ONE now and always have been.
That is my choice. I cannot choose for anyone but me. But I do know that I love God with all my Heart; and I know that poisoning your own people from the sky is WRONG. Not a God thing. Dropping aluminum known to be linked to dementia, and barium a poison, and the other toxic metals including the very weird Morgellons on unsuspecting citizens, the elderly and children, who are now considered as little more than collateral damage, is indeed very wrong — deliberately evil. So I will go on with the others in my own small, perhaps insignificant way hoping to increase the awareness of what is now occurring all over the planet as these monsters poison the land, oceans, the sky, and their own people.
I have some heroes, some brave ones who give me courage, who have for many years tirelessly continued to endeavor to get through to us that our beloved countries — not just America — have been taken over by the globalist corporate regime that no longer serves the people, but only serves the 1% who seem to have gone totally mad in their obsession to conquer the entire planet and her resources. They want to dominate the world with what they call full spectrum dominance of the electromagnetic spectrum. That’s insane. My heroes are Dane Wigington, Craig B. Hulet, and Paul Craig Roberts, just to name three. Thank God, there are so many more.

So it’s up to you. You decide. You can or you can join the War and become a Spiritual Warrior. Can we keep our Enlightened God-Consciousness no matter what? Can we walk through the Valley of the Shadow of Death, which in this era is the warping EM spectrum being generated by radio frequency & microwave emitters, breathing the toxic particulates in chemtrails, and yet all the while still remain in God-Consciousness — even forgiving the others who hold us of no value as the great Master Jesus and others forgave?
Those of you who have children and grandchildren, don’t you owe it to them to live in the highest integrity that you can in this time? I don’t have children, but I feel we owe the Truth to them. Many will survive the transition, and they will carry the Truth in their Hearts into the next era, the next cycle of time. Surely this is our legacy to these innocents.
The Power of the One that created this Universe is so totally immensely far beyond and far greater than any chemtrail, radiation emitter or active-denial weapon. God is greater than the radiation coming from Fukushima, the methane now spewing in California and the methane hydrates poised to be released in the Arctic. God is greater than any nuke.
We are THAT One. We are not our bodies. Death is inevitable for all of us. Wisemen do not grieve. Consciousness is our choice, our free will. God-Consciousness is our inevitable destination, because God-Consciousness is our Home, our Source. Ask your self every day, every moment what consciousness are you in? — as this Kali Yuga comes to a close and the memory of who we really are Returns. World without End. We meet in the Heart.
+++
ZenGardner.com