The Alien Disclosure Agenda: Who Is in Charge? 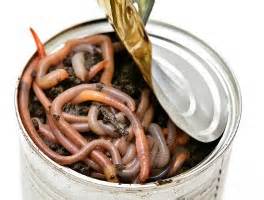 The X-Files opened a can of worms.
It sounded good, and looked too good to be true and when something seems too good to be true, it usually is.
I arrived home from work at 10 pm last night to a couple of messages stating the CIA has suddenly declassified hundreds of UFO documents. How very interesting.
A little background for those who need it:
We’re told by researcher/whistleblower David Wilcock that there is a race on to see who will bring us disclosure of the Galactics first; the good guys (the Galactics or benevolent ETs) or the bad guys. (see next paragraph)
The benevolent ETs gave the Military Industrial Complex/Secret Space Program/Illuminati/reptilians/cabal an ultimatum: that they had better tell us about the aliens pretty darn quick, or THEY were going to do it. That’s the last thing the miscreants want.
They wanted to do it themselves because it was agreed they get to do it their way (for now), which means they get to tell us what they choose, leave out what they choose and spin it the way they choose, and placing blame where they choose. (Oh, and begging forgiveness for their sorry asses. Let’s not forget that one.)
So here’s the thing. We know they don’t do anything unless there’s something in it for them. All their promises are made with crossed fingers behind their backs—or just outright broken. They have no honour. They’re not human.
Now we have the X-Files with a full buffet of conspiracy theories confirmed and served up in just one hour, yet no time for the viewer to actually learn anything about them. The most juicy morsels were left behind with our forks in mid-air— but they can say they disclosed everything, internationally, as promised.
Yes, as we suspected, the first course was whisked away before anyone could taste it, and in Episode Two, they launch into the genetic manipulation/alien abduction angle for dessert—oh, and the threatening and elimination of witnesses and anyone who might get in their way with flapping gums. Everyday stuff, you know.
Episode two took the material so far outside the realm of believable for the masses that it may have destroyed any chances for taking ANY of it seriously.
I think the disappointing aspect is that “disclosure” isn’t for US. It’s for the rest of the world who don’t know what’s going on. Did the X-files deliver? Not fully. But it’s not over yet.
And NOW, after 70 years—SEVENTY YEARS! of denial, the CIA quietly opens up the UFO files that supposedly didn’t exist? Cute. Just like that.
What has changed? Does it simply suit the controllers’ agenda to admit to the alien agenda?
Do you smell that festering can of worms, yet?
If you saw the [url=http://Veterans Today review]Veterans Today review[/url] of the X-Files version of disclosure, you heard a different take on it, but their articles never have a positive tone.
Overall, not many seem too happy with this sudden change in tack. And we thought we wanted disclosure.
The Daily Sheeple shared their impression and Dr. Richard Presser feels as many do that the Illuminati will try to execute their “fake alien invasion” and then “Project Blue Beam” now that they have disclosed that the extraterrestrials actually DO exist. So… suddenly it’s no longer a matter of “national security”? Really? How so?
What new TV program follows the X-Files? Bingo. Lucifer—and what a charming fellow, n’est ce pas? The “programming” continues. Do you see where they’re going with this?

Spokesman for the Resistance Movement, Cobra, has told us the Galactics will never allow them to pull off a fake alien invasion, and I hope that also applies to a holographic “rapture” event. (Heaven help us.)
To suddenly have a sky full of holographic space craft shooting at us when most of Humanity still believes their governments’ stories that we are the only intelligent life in the Universe, would mean global chaos; mass hysteria—and worse—fear of all Extraterrestrials. The trauma would be intense. Remember the War of the Worlds radio hoax.

We need the Star Nations to help free us from reptilian rule, clean up the planet, and get on with our promised and inevitable Golden Age and Ascension. We need their boots on the ground.
They have some pretty spiffy toys compared to the bad guys, but can only do so much from Earth’s atmosphere. They will NEVER risk frightening us and will only come when Humanity is ready—and we ain’t ready.
It would set us back years—possibly decades—if there were even a perceived attack by aliens. We cannot afford to have the Illuminati pull that rabbit out of their hat.
I don’t pretend to know how the Galactics would prevent the fake light show, or if it would trigger The Event flash and the mass arrests, but it simply cannot be allowed to unfold, and I don’t believe for a moment that it will.
The last thing those vile creatures want is to bring on the Event, but if they go too far—and they’ve really been pushing the envelope lately—it will mean their almost instant demise, and in their pathetic little pea brains they still think they can win this war and keep the planet and their slaves, to boot.
They still believe they can find a way to escape the quarantine imposed by the Galactics and will do anything to keep their chips in the game. (Here I reference the articles from Gregg Prescott about the attempt to open the portal off the coast of Florida.)
And you can bet they have other tricks up their collective sleeve as well as their original agenda which they continue to execute, so the coming days will be chock full of fascinating developments that perhaps won’t be immediately recognized for what they are, but by pooling our expertise the evidence will be proof enough. A dot isn’t a dot until we can attach meaning to it and connect it to other dots. Then the significance beams through.
Everything major the reptilians attempt fails, and often works in OUR favour. I choose to see this disclosure as a good thing. We need to do our part to make as many people aware of the ETs (good and bad) as possible, and as SOON as possible. The more people are aware, the less likelihood they can pull off any tricks to turn Humanity against the benevolent ETs.
We may not have chosen the X-Files for disclosure, but we were told it would not come in the way we expected, or in the way we had hoped. I don’t think we should look a gift horse in the mouth.
Who knows? Maybe with backs against the wall, the good guys will take over the mass media and make their OWN disclosure announcements before the dark ones have the opportunity to pull any of their hi-tech stunts.
The fact that the CIA declassified the files quietly and it was not announced by Obama on the 6:00 news is better than nothing. I really don’t think Hitlary Clinton will be the one to bring us anything in this regard. It will just be one more coverup on her rap sheet.
So, ultimately, who is in charge of disclosure? WE are.
The end to the misery, suffering and tyranny is near, and we will have the Star Nations —and hopefully ourselves—to thank.  ~ BP