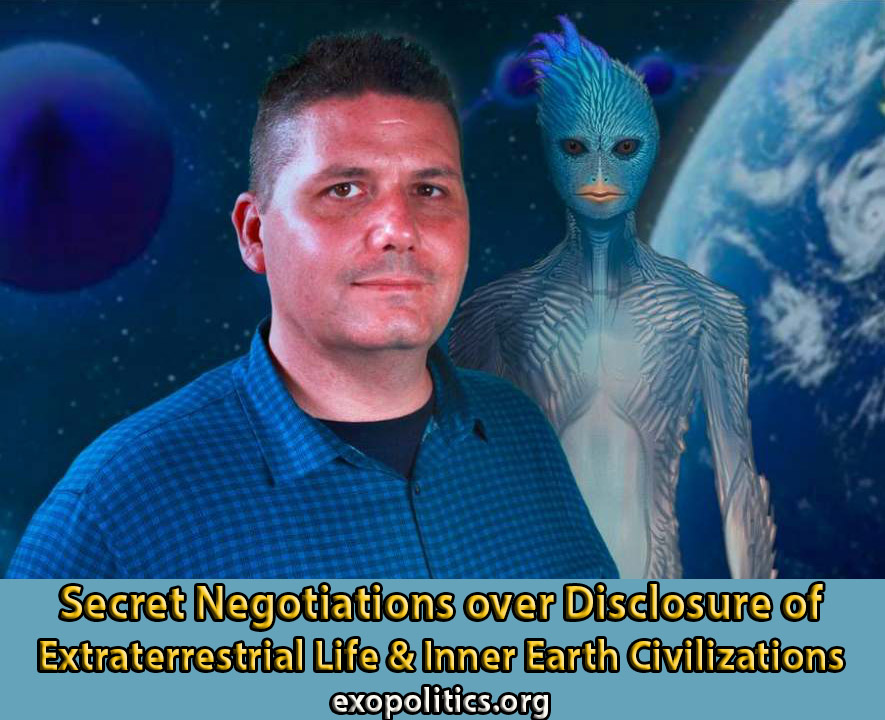 Different elite groups, secret space programs and ancient “Inner Earth” civilizations are currently negotiating over how much of the truth they are willing to reveal to humanity about their respective existence and the reality of extraterrestrial life. This is according to the latest startling update by Secret Space Program whistleblower, Corey Goode.
Goode claims that he was recently taken to the Kuiper Asteroid Belt where he witnessed a historic meeting between representatives of seven ancient Inner Earth civilizations, and a highly advanced group of extraterrestrials which Goode has previously referred to as the “Sphere Being Alliance”. The Inner Earth groups venerate members of the Sphere Being Alliance – whom they refer to as the “Guardians” – because they have been the ancient protectors of human civilizations on Earth going as far back as 18 million years.
In his January 14 update, Goode refers to the Kuiper Belt meeting as the third in series of meetings that began in early September 2015, which he discussed in a report released on September 23.
I have had 3 meetings where the “Inner Earth Breakaway Civilizations” were present. In one such meeting we met at a base in the Kuiper Belt where representatives of these breakaway groups finally had their chance to meet with the “Guardians”… Gonzales and I stood there for the entire meeting exchanging perplexed glances as the “Guardians” and the breakaway civilization representatives interfaced. They stood there silent and motionless accept for the slight waving of arms and legs of the “Guardian”.
In Goode’s September 23 report, he described a very intense emotional “mind meld” he had with “Kaaree” (Car-ee), a priestess from one of the Inner Earth groups. She was also present at the Kuiper Belt meeting. He said that the Kuiper Belt meeting with the “Guardians” had similar emotional effect on the Inner Earth representatives:
Once the exchange was over the members of the breakaway civilization were visibly shaken and overcome with excitement at the same time. I felt much of the same emotions coming from them as I did after the “mind meld” I had with Kaaree where I shared experiences and information from my adolescence. I was able to speak briefly with Kaaree as they were leaving. She was a little flustered and only made a few comments on her way down the hall.
Goode went on to assert:
I asked her how it went and she replied that her group and some of the more negative groups that had formed this ancient breakaway council had “not been proper stewards” of this planetary sphere. She was in an extreme hurry to get back to the meeting where the rest of the ancient breakaway groups were gathered.
Goode’s revelation that the “Guardians” told the Inner Earth beings that they have “not been proper stewards” is very significant. It suggests that the Inner Earth beings were being taken to task for one or more of their long standing policies dating back millennia. According to Goode’s September 23 report, these could well include collaborating with elites from Secret Societies manipulating surface humanity, yet maintaining strict separation from the rest of humanity, and their emphasis on maintaining genetic purity by isolating themselves.
This kind of chastisement from the Guardians/Sphere Being Alliances apparently led to dissension among the representatives of the seven Inner Earth Groups attending this unprecedented Kuiper Belt meeting. 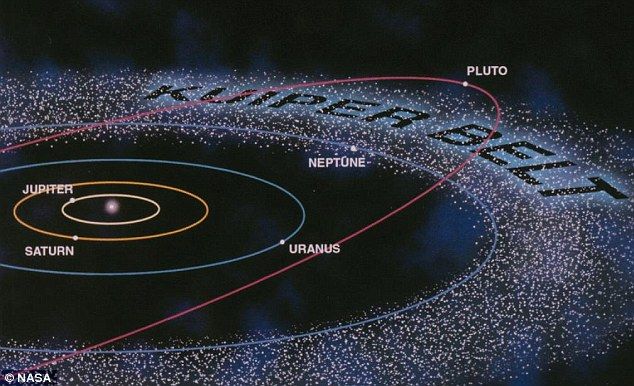 Goode describes what happened next:
It wasn’t until later that Lt. Col. Gonzales told me that this was the last meeting these 7 groups had together before a few groups split away soon after this historic meeting.
According to Goode, the Inner Earth group that Kaaree belonged to has decided to change their isolationist policy and begin revealing themselves to surface humanity:
I met with Kaaree again not long after I was briefed on the above information. She made it clear that some of the ancient breakaway groups had decided to take a slow approach to revealing their true identity to those they are in contact with on the surface. They will visit the ones they visit in craft and reach out ethereally to those they are in remote contact with. They are starting with a test group to see how they respond to the news.
Goode went on to describe how humanity is at a critical juncture as negotiations between different secret space programs, ancient breakaway civilizations and elite groups controlling surface humanity, move towards their final conclusion:
The SSP Alliance and the Sphere Being Alliance has made it clear that we as a collective consciousness are choosing a path or future timeline. We are at a critical juncture to where our future could be one of a NWO 2.0 with some debt forgiveness, a bit of free currency and a new Babylonian Money Magic Slave System OR we have a full disclosure event during this time of social catalyst.
Goode made the following appeal in his January 14 update to help bring about “full disclosure,” or otherwise the “Syndicates” (aka Cabal/Illuminati in control of surface humanity) will succeed in implementing a partial disclosure plan:
We are putting out the call for everyone to come together and get involved in whatever way they can. We need to stop focusing on our differences and focus on our common goal… The Full Truth! If we do not, we are giving “silent consent” to the negotiations between the Alliance and these Syndicates and their outcomes.
Goode says that he will soon release a long awaited conclusion to his September 23 report along with reports about more recent meetings he has attended.
While there is a great need to continue efforts to substantiate Goode’s incredible claims, there is also a need to be open to the possibility that his revelations about secret negotiations over full or partial disclosure of alien life, classified space programs and ancient breakaway civilizations are genuine.
Given current global events, it’s not hard to agree with Goode that humanity appears to be at an important cross roads – we are about to collectively decide how much of the truth we can handle about a great number of issues that have been previously withheld from us all.
© Michael E. Salla, Ph.D. Copyright Notice