PROFESSOR FROM BERKELEY COLLEGE SAYS: People do not die of cancer! People die of chemotherapy

For 25 years professor was studying people with cancer and came to a horrifying conclusion!

Cancer Industry is as much as it attempts to deny just that: only an industry! Doctors , pharmaceutical companies , hospitals , and other key stakeholders of the industry profit every time a patient agrees to conventional treatment , which usually involves injecting chemotherapy toxins into the body , blasting the body with ionizing radiation or cutting off parts of the body and in some barbaric cases combination of all three . It is little known that the science is covering or ignoring this, despite the fact that the medical industry claims, chemotherapy just does not work in the fight against cancer .

Dr. Hardin B. Jones, a former professor of medical physics and physiology at the University of California, Berkeley, has studied the life expectancy of cancer patients more than 25 years, when he came to the conclusion that, despite popular belief, chemotherapy does not work. 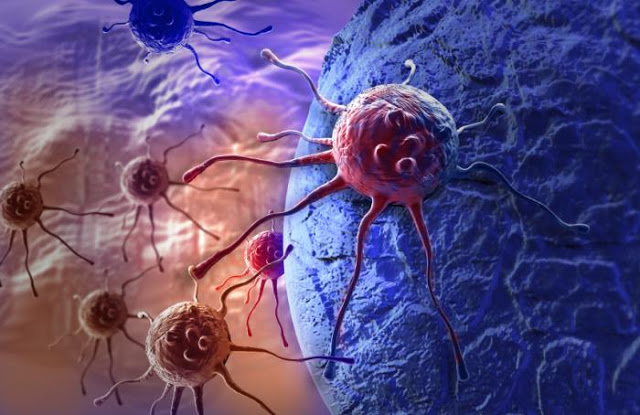 He testified that most of the cancer patients treated with chemotherapy die a horrible death. Also Dr. Jones warns that patients treated with chemotherapy die much faster and more painful than many other patients who have selected different treatment. After a great research he came to the conclusion that chemotherapy shortens the life and actually kills patients faster, and that is deliberately kept as secret because billions of dollars are in the game that cancer “industry ” turns over in their death networks.

“People who refused chemotherapy treatment live an average of 12 and a half years longer than the people who are receiving chemotherapy,” said Dr. Jones in his study, which was published in the journal of the New York Academy of Sciences. People who accepted chemotherapy die within three years of diagnosis, and many die quickly after a few weeks.”

“Patients with breast cancer who reject conventional therapy live four times longer than those who follow the system. This is something you will not hear in the mass media that will continue to spread the myth that chemotherapy is the best medicine to fight cancer! “

A separate study published in the Journal of the American Medical Association in 1979 discovered that many of the most common methods for diagnosing and treating breast cancer, of which nearly all are still used today, did nothing to reduce the rate of breast cancer or to increase the survival of patients with breast cancer. Two other studies, one from Israel published in 1978, and the other from Britain, which was published in The Lancet in 1980, came up with similar findings. “Overall survival of patients with primary breast cancer has not improved in the past 10 years , despite the increased use of multi- dose chemotherapy for treatment of metastasis ,” explains study Lancet , entitled “The failure of chemotherapy in the survival of patients with metastatic breast cancer. ” “The carefully hidden truth is that many people who “died of cancer“ actually have died from treatment that included chemotherapy or radiation. Chemotherapy works by killing healthy cells in the body before they destroy the cancer that can develop very slow and in some natural ways even stop and restrain.

Most patients who have “died of cancer” actually have died of malnutrition, because cancerous cells take nutrients from the blood and destroy the immune system so the weakened body is liable to many infections against which is no longer able to defend itself.

Modern medicine has at its disposal a panacea, and the truth about cancer is skillfully hidden. This is because the price of a single treatment today costs 300,000-1,000,000$. “The majority of cancer patients die of chemotherapy. Chemotherapy does not remove breast cancer, colon cancer, or lung cancer. This fact has been documented more than ten years, but doctors still stubbornly use chemotherapy for these tumors “(Allen Levin, MD UCSF,” The Healing of Cancer).

A German epidemiologist at the “Mannheim Tumor Clinic” in Heidelberg, Dr. Ulrich Abel, did an extensive research and analysis of every major study and clinical application of chemotherapy ever undertaken in the world. His conclusions should be read by anyone who intends to do a chemotherapy treatment, written in his book “The Doctor in the House” Tim O’Shea (The Doctor Within)