9 Ways To Stop Cooperating With The Control System

By Paul A. Philips
Done sneakily, or under the illusion of democracy, in recent times more oppressive laws have been made than ever before. Between us being subjected to more and more ordinances, rules, restrictions and outright laws then demonizing our dissension and opinion  should we object… It’s as if we can’t do anything right.
How long will it take for the masses to wake up to these grossly restricting laws and realize how un-free they are?  The masses’ unchallenging complacency with these laws has been made that much easier through social conditioning engineered over the years by the ruling elite.
In this charade, the power-mad egomaniac manipulating controlling parasitical ruling elite impose themselves on almost everything for their ulterior motives: ownership, power, profit and political gain – and that’s it. It’s that straightforward. It’s that pathetic.
These forever-increasing control mechanisms: regulations, rules, absurd mandates, threats of fines, intimidation, extreme petty police reprisals and imprisonment … are designed to sap the life-force from us while denying our true self-expression as we’re expected to bow down in acquiescence. It’s all designed to erode humanity into a subservient entity.
How do we break this manipulation?
The road to achieving this involves refusing to cooperate with the ruling elite’s control system.
By refusing to cooperate we go into a different agreement which will manifest a different reality to the otherwise planned doom and gloom. So here are 9 ways to stop cooperating with the ruling elite’s control system.

Remember, accepting the narrative given to you by the authorities and the general consensus of the masses without your questioning means going into agreement with a fake reality, thus having a disempowering relationship with the unreal.
Question the motives behind the mainstream media, the lawmakers, the politicians or corporations pushing their encroaching agendas. Question the education system. Question military actions. Question yourself over the job you’re in and do you really want to do it … etc.
In other words question anyone and anything you hit upon contrary to your findings, or contrary to that which goes against your freedom.
When living life as an inquiry, challenging the official narrative, you can then act on your findings by spreading the word. Live your truth. Walk your walk and talk your talk.


2. Disengage from the imposing controlling matrix

Enough is enough. Break those imprisoning mental, physical and spiritual chains foisted on you by the ruling elite and their associates.  Don’t fall for their fear-mongering as you rebel. Fear is all part of the controlling matrix illusion. See it for what it really is.
The more you disengage the more confidence gained in your stand for non-cooperation.
Break your agreements: If you’re unwillingly serving the ruling elite’s disempowering, destructive control system, then walk away.
Healthcare workers, if you don’t like being involved in a system that seriously injures or kills numerous patients with medicines supported by a medical/pharmaceutical establishment that puts profits over genuine welfare concern then walk away.
Police, if you’re involved in policing unjust oppressive laws then walk away…
Soldiers, if you’ve worked out the war deception with all its illegal, immoral, indiscriminate activity then do what your heart tells you. Lay down your weapons and walk away…
How are the ruling elite and their associates going to deal with us if we demonstrate our non-cooperation in high numbers?

In our socially engineered society we have been manipulated to get caught up in distraction. Mindless entertainment, overly competitive sports … Then there are those economic, political, intellectual, religious, cultural and societal differences, race issues, etc. serving as nothing more than distraction with more than their fair share of never-ending dialectic conflict. It’s all designed to stop us from seeing the big picture and rising up.
It becomes a lot easier to disengage from the distraction when seeing the big picture. That it’s nothing more than a carefully cultivated control system…
The next 2 ways are indeed major examples of distraction. See them for what they really are. Then ‘throw down the ball,’ refuse to play these pointless, going nowhere, energy-sapping games, and move on:


4. Don’t vote for any of the major political parties

By voting for one of these parties you’re only giving your power away to help the ruling criminals’ further advance their NWO agenda. Stop believing the Republican-Democrat paradigm; or, if you’re in the UK, the Lib-Lab-Con sock puppet campaign shows backed and financed by T.H.E.Y (The Hierarchy Enslaving You).
It doesn’t matter who gets voted in. They’re all funded and backed by the ruling elite. So whoever wins, the politicians who get in office will only be there to serve their lords and masters the ruling elite instead of the wishes of we-the-people.
Yes, there are a growing number of people who know this, but many still don’t fully understand. Any advantages of selecting one party over the other because of, say, a policy in your favor or to your advantage will only be a short-term payoff. In the end, if you vote for one of the major parties because of this then you’ll only have to suffer the far greater long-term cost for having chosen the party with their connections to the ruling elite’s agenda.

Switch off the TV (Tel-Lie-Vision). Turn to alternative/independent media sources instead for the truth. Learn to discern the differences between disinformation and the truth on the Internet.


6. Refuse to join the military

Don’t become a sucker for the ruling elite’s war machine, secretly manufactured to line the pockets and favor the directions of bankers, corporations and politicians, while serving as a planned de-population agenda… 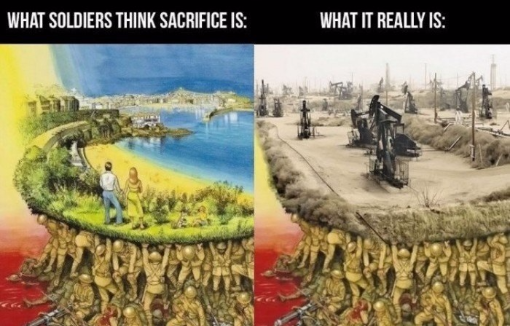 No matter which side or viewpoint you take no one ever wins; and, just like choosing a major political party, nothing ever changes. Understand the related big picture and then spread the word to others so that they too will see the deception and refuse to join.

With the current push for mandatory vaccinations refusal has never been so important. They cannot deal with us if we refuse in overwhelming numbers. Vaccines are NOT safe and have been known to be ineffective. You could end up seriously ill, brain-damaged or even dead from these fraudulent big pharma money spinners to which the revenue-raking government and their paid-off media is only too happy to support through disinformation and lies…


8. Stop buying junk food and say no to GMO

Don’t let any greed-driven corporation deceive you with their deceptive marketing. Avoid junk food with its high sugar, salt and cheap/nasty trans-fats … for disease protection. Chemical-laden, processed, irradiated or GMO foods should be avoided.
Don’t buy a microwave oven. Avoid cooking with microwave or non-stick coated or aluminum utensils which in effect turns the food into junk food that could lead to health problems through toxic contaminants.

Don’t cook food using high temperatures for too long. Extreme temperatures cause the nutrition value (vitamins and enzymes in particular) to denature and greatly reduce the food value.
Junk foods and GMOs are all part of the ruling elite’s destructive hidden agenda. 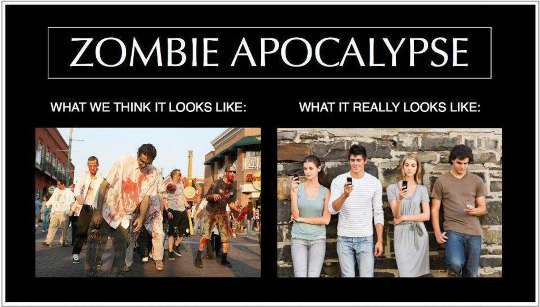 As a consumer, ask yourself do you really need it? For instance, do you really need to become one of the ‘Planet of the Apps’ spending endless hours wasting time on health-threatening low-EMF WiFi, covert spying electronic applications?
Get into the habit of no longer consuming things you don’t really need.
As a consequence of 1-9
The system and its unconscious nature will break down.
Our non-cooperation will no longer give the ruling elite’s control system its power.  Non-cooperation will take us up and away from getting further dragged down towards the terminal precipice
Non-cooperation is quite simply the key to our freedom.
+++
ZenGardner.com