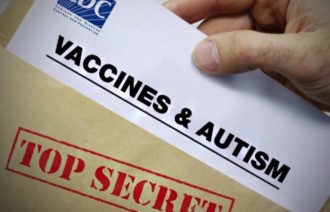 30th January 2016
By Carolanne Wright
Contributing Writer for Wake Up World
“I regret that my co-authors and I omitted statistically significant information…” ~ Dr. William Thompson, former Centers for Disease Control (CDC) scientist and whistleblower
The issue of whether or not to vaccinate is a contentious topic. Parents that fear or have direct experience with the crippling — sometimes deadly — effects of vaccination, feel objective and rigorous research should be the standard. Of the opposite viewpoint are pro-vaccine supporters who believe vaccination is completely safe and without risk. The debate continues to rage, but the fact remains that until we have a solid, unbiased and transparent examination of vaccine safety, the disagreement will not be resolved anytime soon.
With this in mind, Ben Swann has dug deep into the issue. A 2-time Emmy and 3-time Edward R. Murrow award winning journalist, Swann has an impressive track record for reliable investigative journalism. After success as anchor at FOX 19 in Cincinnati — and known for his bold approach in fearlessly bringing the truth to light — Swann launched the Truth in Media project, created as a response to mainstream media’s failure to provide an honest representation of current and past events. As an industry leader for independent journalists, Swann breaks through the “Left vs. Right” paradigm with “a sharp focus on restoring truth in media.”

For nearly two years, Swann investigated the allegations of Dr. William Thompson, a former Centers for Disease Control (CDC) scientist who turned whistleblower in 2014, claiming significant data concerning a CDC study on the link between the Measles-Mumps-Rubella (MMR) vaccine and autism was destroyed. But in order to put Swann’s findings into context, we must first look at where the vaccine-autism connection first emerged.

The debate about vaccine safety did not truly take hold until a 1998 Lancet study was published by Andrew Wakefield, MD, which made a correlation between increased rates of autism in certain members of the population and the administration of the MMR vaccine. Over the next few years, several additional studies by different researchers also found a link. In response, the CDC performed their own study in 2001. It’s important to understand, that the CDC investigation was a case controlled study, meaning that they did not look at any physical children. Instead, a group of autistic children were matched with normal controls using school records and birth certificates. The findings were published in the journal Pediatrics in 2004.
For many following the vaccine-autism controversy, the CDC study conclusively closed the MMR vaccine debate because it established that it didn’t increase the incidence of autism. That is, until the lead researcher came forward years later and revealed key documents associated with the study were destroyed, showing that there had been a massive manipulation of data and an intentional cover-up.

“Strong and significant results for “isolated” cases of autism”

Before beginning the study, very clear protocol guidelines were established to avoid the same debacle that happened when the CDC studied the safety of themerosol in vaccines. Apparently, the scientists weren’t getting the results they wanted, so they shifted the research protocol five times during the duration of the study. This resulted in an enormous amount of criticism aimed at the CDC about the validity of the findings. William Thompson wanted to avoid this same scenario with the study on the MMR vaccine. Despite the precautions taken, CDC scientists began violating protocol within 2 months — and went through 16-17 iterations by researchers and CDC officials throughout the study. Thompson lead the CDC team investigating the link between the MMR vaccine and increased incidence of autism. They looked at two groups. One was “isolated autism,” where the child only has autism and no other condition like cerebral palsy, mental retardation, vision or hearing impairment or epilepsy. The other group was classified as African American boys before 36 months of age.

Timeline of the MMR vaccine study:

October 15, 2001: Dr. Thompson runs “matched” and “unmatched” analysis for whites and blacks for the first time. He said this only would have been done if he found significant statistical effects by race.
October 31, 2001: Coauthors discuss results for the first time.
November 2, 2001: Dr. Thompson writes in his notebook that he ran analyses for whites and blacks for the early vaccinated and late-vaccinated subjects.
November 6-8, 2001: “I have written notes instructing myself to run 4 group analyses and BLACK analyses. Again, I would have only been doing this if we had found concerning results for blacks,” said Dr. Thompson.
December 19, 2001: First results showing strong and significant results for “isolated” cases of autism, those where children were given the MMR vaccine and regressed into autism. Dr. Thompson repeatedly finds that black boys given the MMR vaccine under the age of 36 months did have a significant increase of autism.
Early February 2002: The coauthors make a decision not to make the information public that the MMR vaccine increases the risk of autism in African American boys.
February 13, 2002: Race results are removed from the spreadsheets.
April 17, 2002: “Isolated” term no longer used and is replaced with “co-morbid.”
May 22, 2002: Dr. Thompson notes, “All coauthors met and discussed analysis of the 24-month threshold for the total sample. We did this because there were many statistically significant effects at the 24-month threshold.”
The coauthors met again and not only decided to ignore the race findings, but also destroyed the documents pertaining to these findings. However, unknown to the rest of the team, Dr. Thompson decided to keep a hardcopy of the documents and all his computer files. He also broke the chain of command in February 2004 to appeal to CDC Director Dr. Julie Gerberding about the omission of data. The result? He was charged with “an act of insubordination” and suspended.
Strangely, only a few months after the suspension, he was given a glowing review and retention bonus of $24,000. Dr. Thompson felt pressured to remain at the CDC, even though he had a job offer from an independent research firm with a higher salary. He also believes the bonus was hush money so that he would not work elsewhere and discuss the true findings of the MMR study. 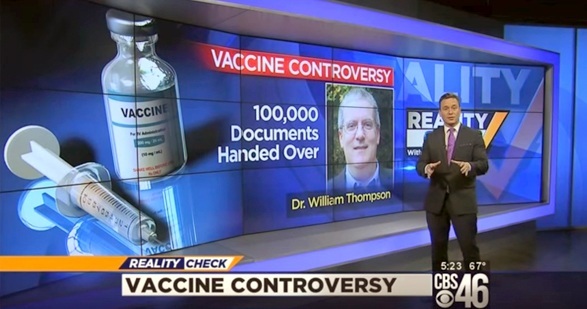 In 2014, Dr. Thompson hired a whistleblower attorney and released all the documents and files from the study. Ben Swann asked a team of doctors, authors, journalists and former CDC specialists to review the documents. Additionally, he had independent researchers cross-reference the findings. Time and again, it was found there was a significant correlation between the MMR vaccine and autism in certain segments of the population. Swann also reached out to the CDC for an interview, but was given the following response:

“CDC takes seriously concerns raised by the scientific work undertaken by the agency and is looking into these concerns. However, CDC has nothing further to share at this time.”

Last year, Representative Bill Posey, R-Florida, 8th district, took up the torch for scientific integrity regarding the MMR study and addressed the house about the issue. Using Dr. Thompson’s documents, Rep. Posey exposed the corruption and urged Congress to investigate the allegations.
When all is said and done, three facts remain: The CDC study broke its own protocols, buried information and claimed the vaccine was safe for all people when it’s not. Transparency should be the utmost priority so that informed decisions can be made. What’s not needed are skewed studies where data is omitted and/or manipulated because it doesn’t fit into a preconceived idea of vaccine safety.
The CDC documents given to Truth In Media are available here, split into two folders:

Or check out the Truth In Media presentation, “CDC, Vaccines and Autism” with Ben Swann.