Construction crews working on an expansion project at Reser Stadium at Oregon State University discovered something very interesting on Monday (January 25) — a large femur bone, likely from a mammoth that would have roamed in the area more than 10,000 years ago.
Further digging revealed even more bones from several extinct mammals.  “There are quite a few bones, and dozens of pieces,” said Loren Davis, an associate professor of anthropology at OSU in a press release.  “Some of the bones are not in very good shape, but some are actually quite well preserved.”

Along with the mammoth bones, there were also bison and some kind of camel or horse bones discovered in a 10-foot deep plot in an area that could have once been a marsh.
It is not unusual for ancient mammal bones to be found in the Willamette Valley region.  “Animals who were sick would often go to a body of water and die there, so it’s not unusual to find a group of bones like this,” Davis said.  “We had all of these types of animals in the Willamette Valley back then.”
The construction crews were digging up the north portion of the football field when a worker made the initial discovery of the femur bone.  Work immediately stopped in the area.
The construction company notified OSU officials, who then brought in Davis and other experts to examine the bones.  In the meantime, the crew has moved to other areas of the project.  The delay is not expected to postpone the project’s completion for Oregon State’s 2016 football season.
According to Davis, the animals do not appear to have been killed, and there is no evidence of human bones or artifacts.  This means that the bones are not considered part of an archaeological site, so there are no rules or regulations regarding the preservation or protection of the site.
These fossils definitely give insight into what the environment of Willamette Valley was like 10,000 years ago.  Davis plans to soak the bones in water to prevent further deterioration and send them out for carbon dating to determine their exact age.  In the meantime, he and his students will continue to excavate a large pile of dirt pulled from the site, where most of the bones are believed to be buried. 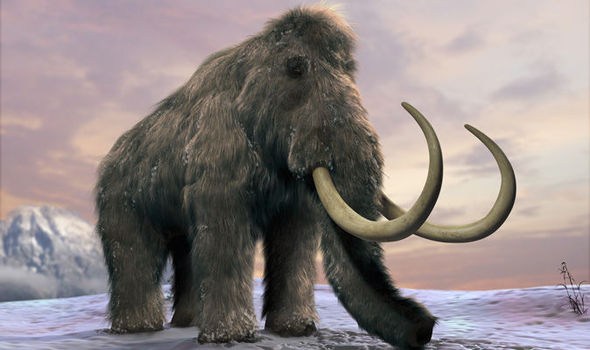 “It’ll be a great learning experience for them, to learn how to identify extinct animal bones,” Davis said. “It’s really an amazing find.”