OUT OF MIND » HEALTH & MEDICAL INFO » MARIJUANA & NATURES MEDICINALS »  After chemotherapy left man with blisters on his hands and feet, cannabis oil CURED his cancer

After chemotherapy left man with blisters on his hands and feet, cannabis oil CURED his cancer

After chemotherapy left man with blisters on his hands and feet, cannabis oil CURED his cancer Wed Feb 03, 2016 1:29 pm

by Jennifer Lea Reynolds
Natural News
On Darren Miller's 50th birthday, he received the devastating news of a lung and pericardial heart sac cancer diagnosis in which he was given about one year to live – and that was with chemotherapy. However, the Illinois resident was having nothing to do with death sentences. Instead, he and his wife moved to California where he was able to use cannabis oil. While there, he even learn how to make it himself.(1)
The results just seven months later?
He's now cancer-free, and the chemo-related blisters on his hands and feet are a thing of the past. Miller even has the medical records to support this clean bill of health. 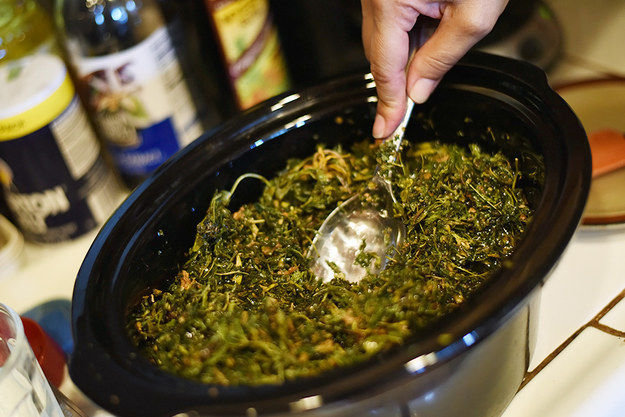 "Today... they tell me I am completely cancer-free – not remission. I've cured my cancer," he said. "Now, am I giving credit to the cannabis oil? Absolutely. Am I giving credit to chemo? I would have to say yes, too. I did both."(1)
After beating cancer, man now devoted to cannabis programs to help others
Like many others before him, Miller, who now lives back in Illinois, advocates turning to cannabis oil to help heal certain health conditions. Some people shun chemo altogether, while others – as he did – opt to use it in conjunction with chemo as a complementary treatment. And as you might imagine, good health is restored when cannabis oil enters the picture; it's role in vastly improving health can't be denied.(1)
Miller's such a believer in cannabis oil's ability to turn bad health diagnoses into positive ones that he's developed a "compassionate cannabis" program where he assists others who end up in a similar health situation. He can't say enough about cannabis oil's healing power, and as such, wants to not only make others aware of it but help them access it. You can learn more about Miller by visiting his Facebook page.
"What we're doing is we're just making small amounts to keep it around and educating others on how to do this," Miller explains. "Because if you have access to any kind of cannabis, I can give you links on my site to show you how to do this in your own kitchen and save your life."(1)
As previously mentioned, stories like his are becoming increasingly popular. People know that chemotherapy isn't the only answer (or an answer at all), and that natural methods that are void of Big Pharma's questionable ways are working.
Stories of others who have turned to cannabis oil to eradicate their cancer
They worked for three-year-old Landon Riddle, a Utah boy diagnosed with leukemia. When chemo made him vomit dozens of times daily and left him without an appetite, his family decided to turn to cannabis oil treatment. Riddle's family headed to Colorado where the treatment is legal and the rest, as they say, is history.(2)
He went from having several tumors in his chest to improving in a matter of days and is said to have rebounded. While Riddle still received chemotherapy treatments, they were considerably less frequent, with just one treatment per month. It was the significant lessening of chemo and the use of cannabis oil that worked together to heal the young boy from his terminal state.(2)
The stories continue.
David Hibbitt, a 33-year-old U.K. resident, was given less than two years to live after a bowel cancer diagnosis. Tired of the fact that chemo, surgery and radiation weren't making a dent in improving his health, he read up on cannabis oil and began using a high-grade, therapeutic one named "Phoenix Tears." He's now cancer-free.(3)
"I felt like chemo was killing me and I had nothing to lose," Hibbitt says. "I couldn't accept I was going to die."(3)
While such stories – as well as published studies recognized by the federal government – demonstrate that treatments such as cannabis oil are life-saving and can cure cancer, the sad reality is that they're often viewed as an unproven and even dangerous method. Therefore, people continue to receive chemotherapy, which weakens and destroys the body, instead of a treatment that strengthens the body and destroys cancer naturally.
Sources for this article include:
(1) StLouis.CBSLocal.com
(2) NaturalNews.com
(3) NaturalNews.com

OUT OF MIND » HEALTH & MEDICAL INFO » MARIJUANA & NATURES MEDICINALS »  After chemotherapy left man with blisters on his hands and feet, cannabis oil CURED his cancer

» Chemotherapy and Cannabis - What You Need to Know
» Recipe To Make Cannabis Oil for Chemotherapy Alternative
» Former Cancer Researcher Chooses Cannabis Over Chemotherapy, Cures His Prostate Cancer
» Heaven indeed does have feet and hands, but they are in your shoes and gloves, dear ones. – channeled by Ron Head
» Cancer Patient Given 18 Months to Live is Cured by Cannabis Oil