There are about 7 405 819 people living within 100 km (62 miles) radius.
Media reports mention multiple buildings collapsed. "Collapsed buildings reported in Tainan, with rescue workers arriving on the scene. The city government there has set up a level one emergency response center. Onlookers are urged not to block access to emergency crews moving into the area," Taiwan's China Post said.

Earthquake-report said this earthquake is by far the most destructive of the recent years.
"A dangerous fault line runs through the middle of the island. Professor Max Wyss, who specializes in theoretical prognoses of injuries and fatalities, expects 200 - 2000 injured and 0 - 400 fatalities."

EMSC's "I felt it reports" mention 10 to 30 seconds long shaking.

Seismotectonics of the Philippine Sea and Vicinity

The Philippine Sea plate is bordered by the larger Pacific and Eurasia plates and the smaller Sunda plate. The Philippine Sea plate is unusual in that its borders are nearly all zones of plate convergence. The Pacific plate is subducted into the mantle, south of Japan, beneath the Izu-Bonin and Mariana island arcs, which extend more than 3,000 km along the eastern margin of the Philippine Sea plate. This subduction zone is characterized by rapid plate convergence and high-level seismicity extending to depths of over 600 km. In spite of this extensive zone of plate convergence, the plate interface has been associated with few great (M>8.0) ‘megathrust’ earthquakes. This low seismic energy release is thought to result from weak coupling along the plate interface (Scholz and Campos, 1995). These convergent plate margins are also associated with unusual zones of back-arc extension (along with resulting seismic activity) that decouple the volcanic island arcs from the remainder of the Philippine Sea Plate (Karig et al., 1978; Klaus et al., 1992).
South of the Mariana arc, the Pacific plate is subducted beneath the Yap Islands along the Yap trench. The long zone of Pacific plate subduction at the eastern margin of the Philippine Sea Plate is responsible for the generation of the deep Izu-Bonin, Mariana, and Yap trenches as well as parallel chains of islands and volcanoes, typical of circum-pacific island arcs. Similarly, the northwestern margin of the Philippine Sea plate is subducting beneath the Eurasia plate along a convergent zone, extending from southern Honshu to the northeastern coast of Taiwan, manifested by the Ryukyu Islands and the Nansei-Shoto (Ryukyu) trench. The Ryukyu Subduction Zone is associated with a similar zone of back-arc extension, the Okinawa Trough. At Taiwan, the plate boundary is characterized by a zone of arc-continent collision, whereby the northern end of the Luzon island arc is colliding with the buoyant crust of the Eurasia continental margin offshore China.
Along its western margin, the Philippine Sea plate is associated with a zone of oblique convergence with the Sunda Plate. This highly active convergent plate boundary extends along both sides the Philippine Islands, from Luzon in the north to the Celebes Islands in the south. The tectonic setting of the Philippines is unusual in several respects: it is characterized by opposite-facing subduction systems on its east and west sides; the archipelago is cut by a major transform fault, the Philippine Fault; and the arc complex itself is marked by active volcanism, faulting, and high seismic activity. Subduction of the Philippine Sea Plate occurs at the eastern margin of the archipelago along the Philippine Trench and its northern extension, the East Luzon Trough. The East Luzon Trough is thought to be an unusual example of a subduction zone in the process of formation, as the Philippine Trench system gradually extends northward (Hamburger et al., 1983). On the west side of Luzon, the Sunda Plate subducts eastward along a series of trenches, including the Manila Trench in the north, the smaller less well-developed Negros Trench in the central Philippines, and the Sulu and Cotabato trenches in the south (Cardwell et al., 1980). At its northern and southern terminations, subduction at the Manila Trench is interrupted by arc-continent collision, between the northern Philippine arc and the Eurasian continental margin at Taiwan and between the Sulu-Borneo Block and Luzon at the island of Mindoro. The Philippine fault, which extends over 1,200 km within the Philippine arc, is seismically active. The fault has been associated with major historical earthquakes, including the destructive M7.6 Luzon earthquake of 1990 (Yoshida and Abe, 1992). A number of other active intra-arc fault systems are associated with high seismic activity, including the Cotabato Fault and the Verde Passage-Sibuyan Sea Fault (Galgana et al., 2007).
Relative plate motion vectors near the Philippines (about 80 mm/yr) is oblique to the plate boundary along the two plate margins of central Luzon, where it is partitioned into orthogonal plate convergence along the trenches and nearly pure translational motion along the Philippine Fault (Barrier et al., 1991). Profiles B and C reveal evidence of opposing inclined seismic zones at intermediate depths (roughly 70-300 km) and complex tectonics at the surface along the Philippine Fault.
Several relevant tectonic elements, plate boundaries and active volcanoes, provide a context for the seismicity presented on the main map. The plate boundaries are most accurate along the axis of the trenches and more diffuse or speculative in the South China Sea and Lesser Sunda Islands. The active volcanic arcs (Siebert and Simkin, 2002) follow the Izu, Volcano, Mariana, and Ryukyu island chains and the main Philippine islands parallel to the Manila, Negros, Cotabato, and Philippine trenches.
Seismic activity along the boundaries of the Philippine Sea Plate (Allen et al., 2009) has produced 7 great (M>8.0) earthquakes and 250 large (M>7) events. Among the most destructive events were the 1923 Kanto, the 1948 Fukui and the 1995 Kobe (Japan) earthquakes (99,000, 5,100, and 6,400 casualties, respectively), the 1935 and the 1999 Chi-Chi (Taiwan) earthquakes (3,300 and 2,500 casualties, respectively), and the 1976 M7.6 Moro Gulf and 1990 M7.6 Luzon (Philippines) earthquakes (7,100 and 2,400 casualties, respectively). There have also been a number of tsunami-generating events in the region, including the Moro Gulf earthquake, whose tsunami resulted in more than 5000 deaths. (USGS) More information on regional seismicity and tectonics
Featured image credit: USGS 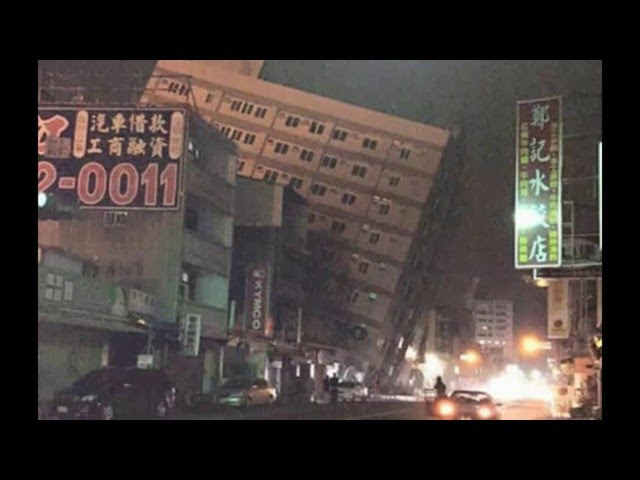