OUT OF MIND » THE INSANITY OF REALITY » GOVERNMENT & THE NEW WORLD ORDER » Chinese Exports Plunge 11.2 Percent As Economic Activity Continues To Collapse All Over The Planet

Chinese Exports Plunge 11.2 Percent As Economic Activity Continues To Collapse All Over The Planet

Chinese Exports Plunge 11.2 Percent As Economic Activity Continues To Collapse All Over The Planet Tue Feb 16, 2016 10:36 am 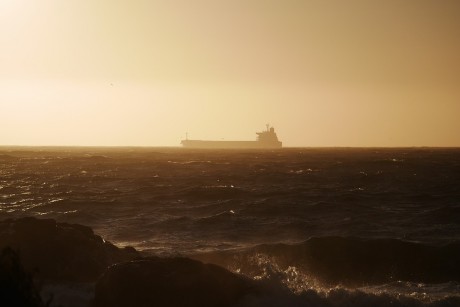 If the global economy is in fine shape, then why does all of the hard data tell us that global trade is absolutely collapsing?  The Baltic Dry Index has fallen below 300 for the first time ever, and export numbers are way down for almost every major exporting nation on the entire planet.  As you will see below, this includes China.  The Chinese account for more global trade than anyone else, and so the fact that their imports and their exports are both collapsing precipitously is a huge red flag.  When less stuff is being bought and sold and shipped around the world, that tells us that the “real economy” is contracting.
Tremendous efforts are being made to try to prop up financial markets all over the globe right now, but in the end those efforts are going to prove to be rather futile.  The global economy is clearly plunging into recession, and at this point it is becoming exceedingly difficult for even the most optimistic economic analysts to deny this reality.
When the trade numbers for China for the month of January were released, they were an extreme disappointment.  The following comes from CNBC…

We never see numbers like this outside of a recession.
Never.
Chinese imports have now fallen for 15 months in a row, and the second largest economy on the entire planet appears to be in the process of imploding.  As I mentioned above, China has become the most important hub for global trade.  Nobody accounts for more total trade than they do, and so these new numbers can only be described as catastrophic.
Other numbers are telling the same story.  Global trade has fallen so dramatically that it is now cheaper to rent a 1,100 foot merchant vessel than it is to rent a Ferrari…

Rates for Capesize-class ships plummeted 92 percent since August to $1,563 a day amid slowing growth in China. That’s less than a third of the daily rate of 3,950 pounds ($5,597) to rent a Ferrari F40, the price of which has also fallen slightly in the past few years, according to Nick Hardwick, founder of supercarexperiences.com. The Baltic Exchange’s rates reflect the cost of hiring the vessel but not fuel costs. Ships burn about 35 metric tons a day, implying a cost of about $4,000 at present prices, data compiled by Bloomberg show.

Can you believe that?
This is just another sign of how crazy things have become.
Another indication of the slowdown in China is what is happening to the Hong Kong housing market.  Just check out these numbers…

Two weeks ago, in our latest report on the Hong Kong housing market, we observed that according to the local Centaline Property Agency total Hong Kong property transactions in January were on track to register the worst month since 1991, when it started compiling monthly figures. In other words, the biggest drop in recorded history.
Centaline estimated that only 3,000 transactions will have registered with developers slowing down new launches, while only 394 units were sold in the first 27 days of January, 80.3 per cent lower than the 2,127 deals lodged in December. Meanwhile, sales of used homes fell by a fifth to 1,276 deals in January.

We could talk about many more examples like this all over the world.
Most people like to watch the ups and downs of the financial markets, but it is the hard economic numbers that tell us the real story.
We are in the midst of a stunning global economic downturn, and the global financial system is starting to take notice.  Global stocks have fallen into bear market territory, the price of oil has fallen by three-fourths over the past 18 months, junk bonds have been crashing hard just like they did in 2008, and at one point last week close to 17 trillion dollars of global stock market wealth had been wiped out since mid-2015.
In a desperate attempt to revive economic activity, many global central banks have started to implement negative interest rates.  Unfortunately, these negative interest rates are having some very nasty unintended consequences…

One of the unintended consequences of global central banks’ race to the bottom (which seemingly has no bottom) is that negative interest rates act as a tax on the banking system.
By penalising commercial lenders for parking their reserves at the central bank, it erodes the profit margin they make on charging already low interest rates while raising the cost of capital.
So far, “banks seem unable or unwilling to pass negative deposit rates to their retail customers, leaving them with few options to offset costs”, note analysts at JP Morgan.

The truth is that we have really reached the limit of what monetary policy can do.
Since March 2008, interest rates have been cut 637 times around the world and central banks have purchased 12.3 trillion dollars worth of assets.
Despite all of that unprecedented intervention, we are now plunging into a brand new global crisis.
The central bankers are just making things up as they go along, and they are flailing all over the place as they desperately try to find a way to fix things.  I like how Jim Rogers put it during a recent interview with CNN…

Famed investor Jim Rogers is warning that financial Armageddon is just around the corner, and it’s being fueledby moronic central bankers.
“We’re all going to pay a horrible price for the incompetence of these central bankers,” he said Monday in a TV interview with CNNMoney’s Nina dos Santos. “We got a bunch of academics and bureaucrats who don’t have a clue what they’re doing.”

We have reached the terminal phase of the greatest financial bubble in history, and now the endgame is upon us.
Yes, governments and central banks will keep trying to “fix things”, but it is becoming exceedingly clear that they are rapidly losing control.
And there are other factors, such as the potential start of World War 3 in the Middle East, that could turn this new crisis into a complete and utter nightmare in no time at all.
So let us pray for the best, but let us also get prepared for the worst…
Courtesy of Michael Snyder.

OUT OF MIND » THE INSANITY OF REALITY » GOVERNMENT & THE NEW WORLD ORDER » Chinese Exports Plunge 11.2 Percent As Economic Activity Continues To Collapse All Over The Planet