Today at 12:50 pm by Consciousness Of Economic

OUT OF MIND » EARTH AWARENESS » SCIENCE & TECHNOLOGY » More to this than meets the eye: China Relocates 10,000 for Giant Telescope

More to this than meets the eye: China Relocates 10,000 for Giant Telescope


Chinese authorities will relocate almost ten thousand people from their homes in the southwest of the country to construct the world’s largest radio telescope, intended to search for alien life.

China’s Progress in Developing Hypersonic Weapons Unsettles Pentagon
The Guizhou provincial government announced that it would move some 9,110 people living within a 5-kilometer zone surrounding the huge telescope currently under construction, Xinhua News Agency reported on Tuesday.Li Yuecheng, a top regional official, explained to Xinhua that the measure is necessary to “create a sound electromagnetic wave environment” in the vicinity of the device. The resettlement will affect people in four villages located in Pingtang and Luodian Counties, according to officials.
Residents will receive compensation of 12,000 yuan (about $1,838) each. Ethnic minorities affected by the construction will receive extra accommodation support from local ethnic and religious committees, Xinhua noted, citing the official statement.
The relocation is planned to be completed by the end of September, around the same time that the device will come into service. 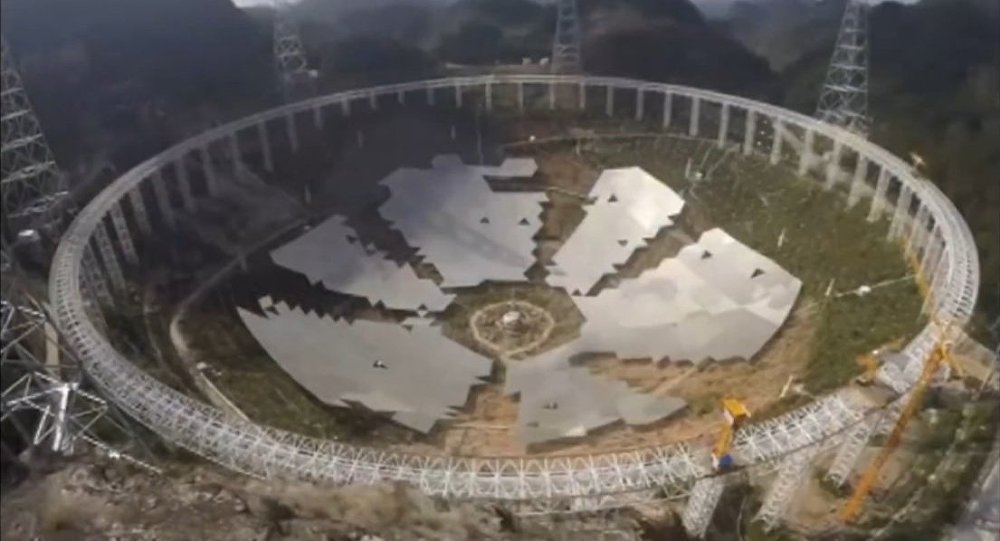 The telescope, called Aperture Spherical Telescope, or FAST, will be the largest device of its kind worldwide. With a diameter of 500 meters, it will be much larger that the 300-meter radio telescope of the Puerto Rican Arecibo Observatory, currently the world’s largest.
The telescope will not only be enormous, but also highly sensitive and powerful.
“With a larger signal receiving area and more flexibility, FAST will be able to scan two times more sky area than Arecibo [Observatory in Puerto Rico], with three to five times higher sensitivity,” Li Di, a scientist from the National Astronomical Observatories told the China Daily. 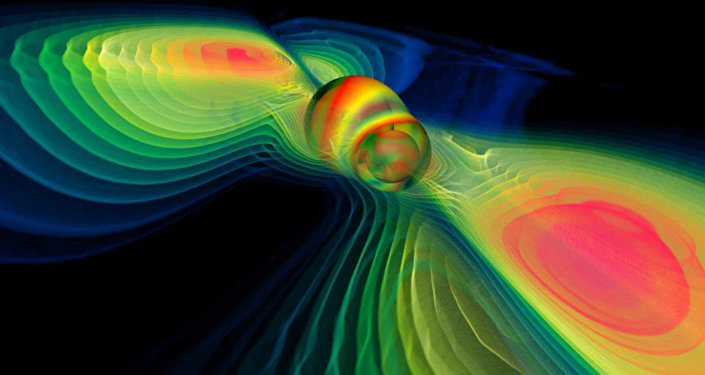 China to Study Gravitational Waves in Domestic Research Project
According to the director-general of the Chinese Astronomical Society, Wu Xiangping, FAST will be used to identify “intelligent life outside of the galaxy.”FAST has been under construction since 2011 and is said to be costing the Chinese central government some 1.2 billion yuan.
China is heavily investing in its space exploration program. By 2020 the state plans to have an operating orbiting station with a further goal of launching a manned mission to the moon .

OUT OF MIND » EARTH AWARENESS » SCIENCE & TECHNOLOGY » More to this than meets the eye: China Relocates 10,000 for Giant Telescope