Proposed Legislation Will Ban Solar Power And Limit Its Use 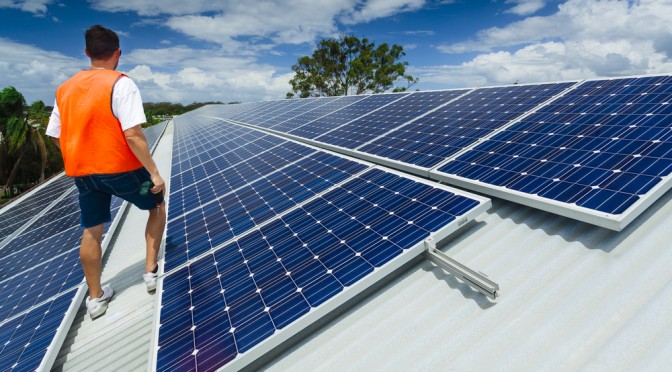 Check this out!, News, Technology

Proposed Legislation Will Ban Solar Power And Limit Its Use

Cost, availability, along with consumer awareness already stand in the way of the expansion of solar energy’s use on the open market. It’s not only confusion but seriously irritating that the government is making moves against its progress. Most arms of the various levels of the government are providing incentives for citizens making the switch renewable energies.
Arizona law makers are placing new taxes on solar panels. Legislators in Maine and Hawaii are also taking strides against the green revolution. Maine is trying to stop and eliminate the process by which owners of solar panels can sell back their excess energy to the cities. Obviously local residents responded negatively and in an organized fashion. Over 4,000 signatures were collected in the form of a petition to preserve their rights to sell energy to the state or city.
In Hawaii, the insanity goes a little deeper. Legislators want to outright ban solar energy and panels.
“House Bill 2636 would put a 25-kilowatt cap on solar generation projects located on land that is zoned agricultural but also serves as a residential area. Creagan introduced the bill in response to outcry from residents of Hawaiian Ocean View Ranchos, who oppose a plan by SPI Solar to place 30,000 solar panels on 26 lots in and around that subdivision.” (Citation)
Twelve percent of homes in Hawaii have solar panels. There is pressure to change what the state pays fo its surplus energy and to relieve the state of the its ‘solar panel eye sores’. Chris Yuen, former planning director for Hawaii County had this to say,
“I can understand why a neighbor of a project like this might rather see a vacant lot next door rather than a solar array protected by a fence. It is not visually appealing. But it is not significantly less attractive than many other uses that can be made of that same lot in the ag district. For example, the lot could be covered in shade cloth structures. And I don’t see why the government, in balancing the various interests involved, would change the laws allowing a solar development like this, which would, on each lot, generate enough electricity for 50-100 homes.”
Its fairly ridiculous that states would be opposed to renewable energy sources. There’s bound to be major infrastructure changes over the next few decades. The states that are already considering the shift and support this inevitable change are going to succeed more than their neighbors that fight it. Every state should be doing what it can to support the rights of the citizen’s therein. It’s not fair to the people who spent the time and money to get solar energy, to pull the rug out from under them like this.