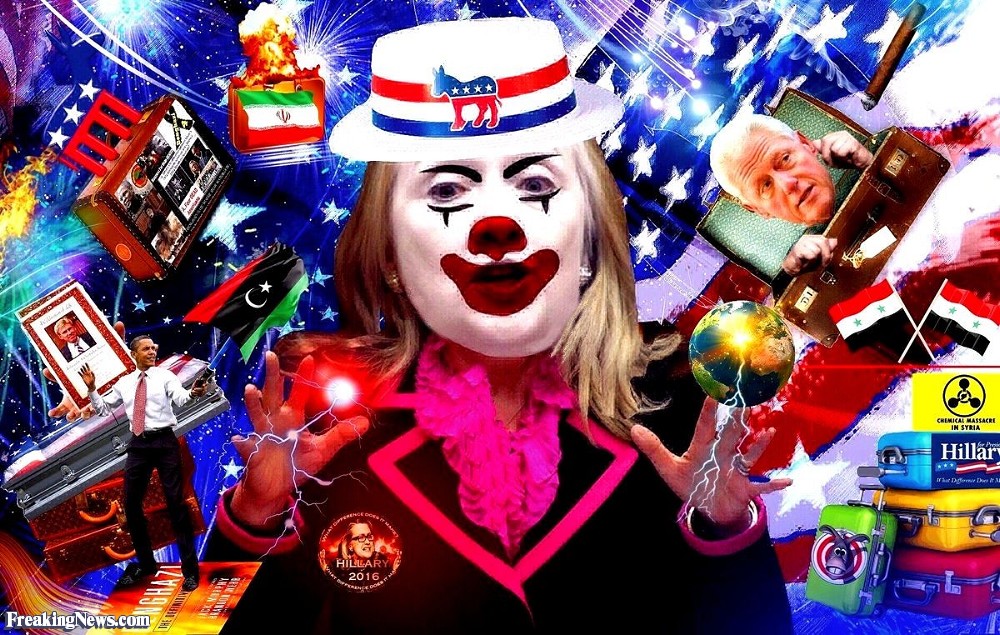 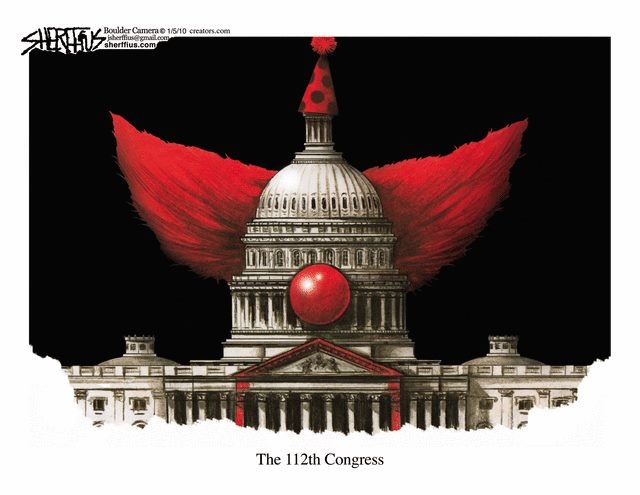 Bill Clinton’s battle with a tragic brain disease is sparking fears he won’t live to see the November elections! “Bill is clearly not the same person he was a year ago, or even six months ago,” a political spy told The National ENQUIRER. “He is much slower physically, and he suffers periodic mental lapses.”

Before you sneer that National Enquirer is a trashy supermarket tabloid, recall that it was this humble tabloid alone which broke the story on former Democratic senator John Edwards’ brazen adulterous affair and out-of-wedlock child with political groupie Rielle Hunter, while Edwards was campaigning as John Kerry’s VP running mate in 2004. For that, the Enquirer was nominated for a Pulitzer award. (See “John Edwards, a cad to the end“)
Nor is the notion that Bill Clinton is brain damaged that far-fetched.
On January 16, 2016, while speaking  at an Iowa campaign rally for Hillary, Bill’s left hand shook involuntarily, reigniting speculations that he has Parkinson’s disease. (See “Does Bill Clinton have Parkinson’s disease“)
Parkinson’s disease is a degenerative disorder of the central nervous system mainly affecting the motor system. The motor symptoms of Parkinson’s disease result from the death of dopamine-generating cells in the substantia nigra, a region of the midbrain. The causes of this cell death are poorly understood. Early in the course of the disease, the most obvious symptoms are movement-related, including shaking, rigidity, slowness of movement and difficulty with walking and gait. Later, thinking and behavioral problems may arise, with dementia commonly occurring in the advanced stages of the disease.
I also found an article by a physician, John McDougall, M.D., claiming that Bill Clinton’s “madness” is “a consequence of heart-bypass surgery brain damage”. With a sympathy that I don’t share, given all the horrible things the toxic Clintons have wrought, Dr. McDougall writes:

One of the savviest politicians of our generation, known for his wit, charm, and calm under extreme pressure, Bill Clinton appears out of character in the speeches and interviews televised since his bypass surgery September 6, 2004 and his mental deterioration may be accelerating….
One of the best-kept secrets in medicine is the brain damage caused during bypass surgery . . . these well-recognized side effects have been reported in medical journals since 1969.1
Brain damage during bypass surgery is so common that hospital personnel refer to it as “pump head.” The primary cause is emboli produced during surgery from clamping the aorta and from the “heart-lung machine.” This machine pumps blood to keep the patient alive while the heart is stopped during the operation. Unfortunately, this pump also introduces toxic gases, fat globules, and bits of plastic debris into the bloodstream of the patient under anesthesia. Once they are in the bloodstream, these particles migrate to the brain where they can clog capillaries and prevent adequate amounts of blood and oxygen from flowing to the brain. Essentially, all patients experience brain emboli during surgery and for many the damage is permanent.
In 2001, an article in the New England Journal of Medicine reported that 5-years after bypass surgery 42% of patients showed decline in mental function of approximately 20 percent or more.2 A study published this year (2008) in the Annals of Thoracic Surgery using MRI testing just after bypass surgery found brain damage in 51% of patients.3 Three years after their time on the bypass pump, significant permanent reduction in mental capacity was identified in 31% of patients. I am not talking major stroke here; but these patients can’t remember names or numbers as they once did, experience sleep disturbances (including nightmares), suffer mood swings, and lose intellectual acuity. Approximately 30 percent of people suffer persistent depression and some even contemplate suicide.

Recall that Bill Clinton, during his 2004 quadruple bypass surgery, had a frightening near-death experience in which he found himself in a dark hellish place. As he recounted in an interview on ABC’s Primetime Live:

“I saw, like, dark masks crushing, like, death masks being crushed, in series, and then I’d see these great circles of light and then, like, Hillary’s picture or Chelsea’s face would appear on the light, and then they’d fly off into the dark.”

With Bill’s brain damage, Hillary’s own health problems (see my latest post, “Hillary’s health: her meds, thick eyeglasses, and what doctors say“), and their ages (69 and 68, respectively), one wonders why she is so hell-bent in pursuit of the presidency. That kind of relentless political ambition has the stench of sulphur.
~Eowyn 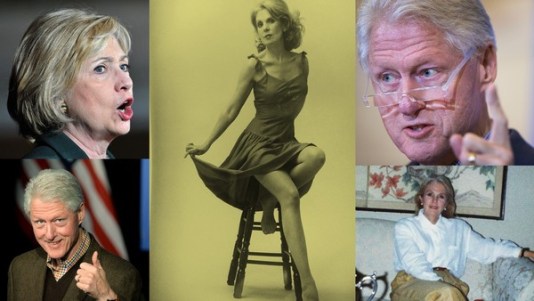 “There is a vengeful, spiteful ugliness that some women have for other women. Hillary is just one of those women.” – Sally Miller, former Bill Clinton mistress
In what can only be described as a bombshell interview, one of Bill Clinton’s former lovers, Sally Miller, gives the world a peek into the sex lives of the America’s most famous liberal couple.
Sally Miller had a raucous three-month affair with Bill Clinton years before he became the 42nd President of the United States, and that relationship has her fearing for her life today. In fact, Miller is so fearful of retribution from the Clinton family that she sleeps with a loaded weapon within arms reach. She claims that since news of her upcoming memoir broke she has fallen victim to stalking and late night anonymous phone calls. Miller worries that the Clintons may look to silence her through violence and has gone so far as to tell people that if she dies suddenly… it was the Clinton family who had her killed!
Some of the interesting notes from Miller’s upcoming tell-all:

While the details may sound shocking, they fit the historic pattern of Clintonian behavior. Also, while I have no doubt that some will question the veracity of Miller’s story, I would argue that the Clinton’s sordid past must be taken into account. Bill Clinton has been caught in numerous affairs, he’s been accused by a handful of women of sexual assault, and several common threads run through all of the accounts. First, the manner in which the women engaged in relations with Clinton and secondly, their fear of Hillary Clinton.
Sally Miller’s story is simply another chapter in the disgusting book that is the life of the Clinton family. 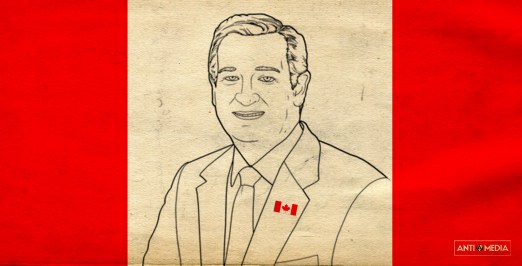 Claire Bernish | ANTIMEDIA
Chicago, IL — Ted Cruz’ eligibility to run for president has been put to a test of legality. On Friday, the Circuit Court of Cook County in Chicago heard questions in a lawsuit challenging the Texas senator’s legal qualifications to determine if his bid for the nomination can continue.
Illinois attorney Lawrence Joyce sued after his previous attempt to dispute Cruz’ placement on the ballot with the state’s Board of Elections was dismissed on February 1.
Joyce reportedly supports Ben Carson in the race for president, and he maintains he has no connections to Donald Trump, who has also threatened to take action over questions of Cruz’ eligibility.
“The child of a U.S. citizen born abroad is a U.S. citizen,” Cruz asserted in response to questions. Born in Canada to a noncitizen father and U.S. citizen mother, Cruz emphasized the issue of such eligibility dates back to the founding of the country. “Indeed the very first Congress … wrote the very first laws on citizenship,” he said. “And they explicitly defined the child of a U.S. citizen born abroad as a U.S. citizen.”
According to the Washington Times, Joyce’s concerns with Cruz hinge on the potential that he could garner the nomination, only to be challenged in court by the Democratic Party — when it would be too late.
“At that point, all of his fundraising would dry up. And his support in the polls would drop dramatically,” Joyce said. “He may be forced at that point to resign the nomination.”
At the heart of the issue is the term “natural-born,” the technicalities of which academics, politicians, and scholars of the Constitution have not agreed upon. Vox, which has published a detailed account of the minutiae in this debate, explained one potential avenue for resolution:
“Congress could at least stick some kind of bandage on the question by passing a ‘sense of the Congress’ resolution — that’s what it did in 2008 to affirm the eligibility of John McCain, who landed in the ‘natural-born’ gray zone for different reasons from Cruz. But the Senate has made it clear that it intends to do no such thing for Ted Cruz. This probably is less because they don’t think Cruz is natural-born than because Senate Republicans really don’t like Ted Cruz, but it’s a problem for him nonetheless.”
There were no reports indicating an expected date for the court’s ruling on the matter. 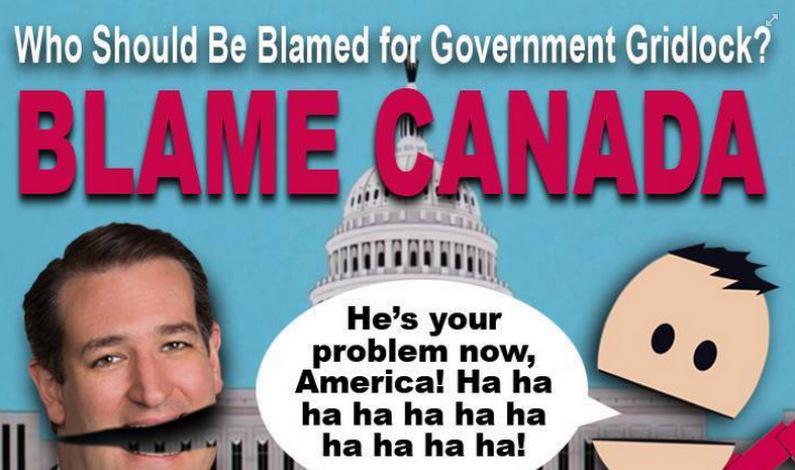