Reclaiming the Sovereignty of Our Minds

NONE ARE MORE HOPELESSLY ENSLAVED THAN THOSE WHO FALSELY BELIEVE THEY ARE FREE.
JOHANN WOLFGANG VON GOETHE

As the mainstream matrix of society approaches becoming completely out of sync with the nature of the original Spark, our instruments (mind, body, spirit) are purposely being made out of tune with the organic source of life. The evolution of human consciousness through artificial and synthetic means is promoted over natural ways. This can eventually lead to the creation of a completely controlled culture and humanity. A restrictive education system and the media’s so-called news facilitate the molding of our opinions by misinforming and dis-informing (truth mixed with lies makes for the most convincing manipulation).
There is a reason why imagination is not encouraged in schools. The rewards are directed to people who will play the game, not those who dream outside of it. The goal appears to be the controlling of our consciousness, directing our energy and thought-forms away from us and towards a parasitic matrix. However, the siphoning only works if you agree to it, consciously or unconsciously.
Would you like to be free and reclaim your sovereignty? Then let’s co-create a new culture and stay mindfully aware of elements that will undoubtedly do their best to co-opt it and farm it for their benefit and our loss. And by a new culture I mean a truly new culture. It appears that sometimes even the so-called Alternative Community that believes it’s disclosing secrets of the repressive matrix doesn’t realize it is selling the propaganda better than the opposing consciousness could because of its appearance as a grassroots movement to uncover the truth of our reality. Mindfulness and awareness-expanding meditation can assist us in being aware of masterful manipulations and I highly suggest it as a powerful tool to reclaim the sovereignty of your mind.

Humans are easily influenced. Most of us fall into the first net of psychological manipulation, which is the mainstream cultural matrix mentioned earlier. However, there is a second net that is as powerful as the first, if not more. This second net catches those who have become awakened to the lies that have been fed to them their entire lives. It catches those who have rejected the misleading and the polluting of their minds. However, those who have rejected that matrix have accepted a new matrix that they have invested their trust in.
The reason is a human one, so it is not difficult to understand why this happens but it’s important to realize it does happen. Those who reject anything from the mainstream but openly accept almost anything that comes out of the alternative community are being played by a sophisticated construct or program that has been specifically crafted to work for those who have fell through the holes of the first net. People caught in this net believe with great conviction they have discovered the truth but by not employing the tools they have been given (reasoning & critical thinking, for example), they become so convinced that it is difficult for them to see they are being fooled and supporting the consciousness that feeds on them to survive. The repressive system is well aware of this psychological underpinning and uses it to its benefit as to cover all bases. Masterful manipulation indeed.
It is very difficult for someone who feels they are enlightened to be open to the possibility that they have only been cleverly convinced they are enlightened. For example, by attaching a benevolent group of non-terrestrial beings to the original agenda it becomes re-infornced. Those who actively yearn for seeing reality the way it is, or hope it is, are captured into the matrix control system of the corrupted opposing consciousness that thrives by taking away our power and sovereignty. 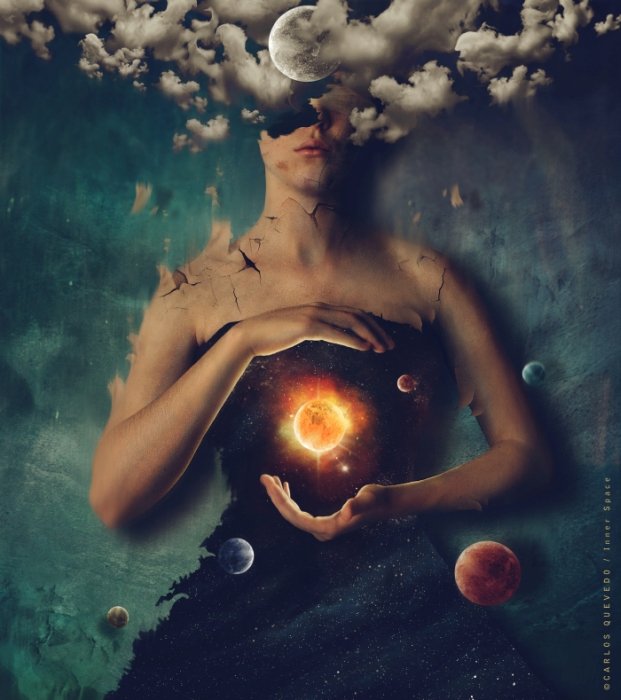 This is not to say that those who are active voices in the alternative culture necessarily have ill intent. After all, your parents didn’t tell you that the Easter Bunny, Tooth Fairy, and Santa Claus were real because they had a nefarious agenda to advance. If you believe there are benevolent non-terrestrial beings out there, then understand that if they were the enlightened beings you see them as they would probably be aware of the natural universal laws, free will, and karma which would bar them from trying to “save you” from yourselves.
More Here>>
+++
ZenGardner.com