Yesterday at 7:11 am by PurpleSkyz

Yesterday at 6:53 am by PurpleSkyz

Yesterday at 6:50 am by PurpleSkyz

Yesterday at 6:45 am by PurpleSkyz

Yesterday at 6:39 am by PurpleSkyz 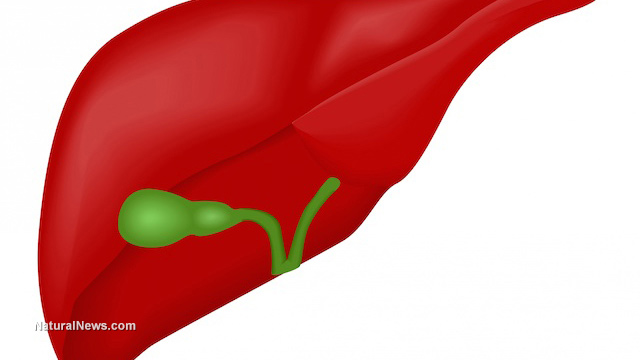 (NaturalNews) More than 10 percent of the world's population currently suffers from some form of liver disease, whether it be fibrosis, cirrhosis, a hepatocellular carcinoma, alcoholic steatosis, or chronic hepatitis. And a great number of these folks use some kind of natural remedy as treatment rather than pharmaceuticals, according to a 2012 study published in the European Journal of Medicinal Chemistry.

Herbal remedies have gained an incredible following among liver disease sufferers, because they're safe and highly effective, without all the harmful side effects. According to the paper, the following herbs and herb-derived remedies are among the top contenders in this natural fight against liver disease:

2) Wogonin (Scutellaria radix). This monoflavonoid compound isolated from skullcap root shows incredible promise in the treatment of both Hepatitis B and C, as well as various forms of alcoholic and non-alcoholic fatty liver disease. Unlike pharmaceuticals, wogonin doesn't promote drug resistance, nor does it induce adverse events in patients.

"The anti-HBV activity of wogonin demonstrates its ability to suppress hepatitis B surface antigen secretion in cell culture," the study highlights, noting that wogonin has also been shown to be effective in treating hepatocellular carcinoma cells.

3) Glycyrrhizin (Glycyrrhiza glabra). This active constituent of licorice root has long been used in the treatment of chronic hepatitis, and also possesses a host of natural anti-inflammatory and antiviral properties. Glycyrrhizin is used in traditional Chinese medicine to protect liver function and also to combat tumors.

4) Resveratrol. This polyphenolic phytochemical derived from berries, grapes and wine, has gained itself a solid reputation as one of the most potent anti-aging compounds found in nature. But resveratrol has also been shown scientifically to have hepatoprotective properties that may help protect against hepatic damage caused by free radicals and inflammatory cytokines. It also helps elevate levels of glutathione in the body and promote the formation of antioxidant enzymes, both of which help protect the liver.

5) Silymarin (Silybum marianum). This compound derived from milk thistle is arguably the most well-studied in the natural treatment of liver disease. Milk thistle extract has long held a strong reputation as one of the most powerful "liver tonics" in the world, due to its amazing ability to prevent and/or reverse hepatotoxicity caused by drugs and other toxins. Silymarin also helps combat the production of free radicals, as well as exerting antifibrotic activity that helps protect the liver against toxic damage.

6) Rhein. This anthraquinone derived from rhubarb is known to have powerful anti-cancer properties. But it's also an amazing remedy in the treatment and prevention of fatty liver disease. Its antioxidant and anti-inflammatory properties have also shown benefits in protecting against hepatic fibrosis by inhibiting the expression of both TGF-beta1 and hepatic stellate cells, both of which are markers in the progression of liver disease.

7) Geniposide (Gardenia jasminoides). This compound of the gardenia plant is particularly beneficial in treating hyperlipidemia and fatty liver disease. Studies have shown that geniposide is particularly effective at inhibiting liver fibrosis, as well as protecting against hepatic steatosis.