OUT OF MIND » TRUTH IN CONSPIRACY THEORIES? » HISTORIES MYSTERIES » Atlantis – Update of the different theories

Atlantis – Update of the different theories

Posted on February 29, 2016 by https://dublinsmick.wordpress.com

Atlantis – Update of the different theories

There are new reports coming in all the time about Atlantis. They seem to never stop. Some basic background to Atlantis: For most of the past two millennia, no one thought much about Atlantis, it was just what it appeared to be: A fictional place mentioned in a fable by the ancient Greek philosopher. The idea that Atlantis was an actual lost historical location is a very recent idea, first proposed by a writer named Ignatius Donnelly in 1881.
He believed that most of the important accomplishments of the ancient world such as metallurgy, agriculture, religion and language must have come from Atlantis. In essence, he argued that ancient cultures weren’t sophisticated enough to develop these things on their own, so they must have spread from some unknown advanced civilization.
This is similar to the now widely known Ancient Astronauts Theory, that Egyptians had help to build pyramids, and that Anunnaki or other extraterrestrials must have helped them. Ignatus Donnelly is probably half right. I believe that there was a HIGH tech civilization on Earth a long time ago that disappeared in some way, so we all had to start all over again. This would also explain the temporary loss of technical skills with the early humans, according to mainstream science.
New Reports
And not long ago just one of those reports came in reporting that a Anglo-Greek team of archaeologists and marine geologists was exploring what is known as Pavlopetri, beneath the waters off southern Greece.The newly found sunken settlement dates back some 5,000 years to the time of Homer’s heroes and in terms of size and wealth of detail is unprecedented, experts say.
“There is now no doubt that this is the oldest submerged town in the world,” said Dr Jon Henderson, associate professor of underwater archaeology at the University of Nottingham. “It has remains dating from 2800 to 1200 BC, long before the glory days of classical Greece. There are older sunken sites in the world but none can be considered to be planned towns such as this, which is why it is unique.”

The site, which straddles 30,000 square meters of ocean floor off the southern Peloponnese, is believed to have been consumed by the sea around 1000 BC. Although discovered by a British oceanographer some 40 years ago, it was only this year that marine archaeologists, aided by digital technology, were able to properly survey the ruins.
Another great theory which seems to hold, is that Atlantis really existed off the shores of Cuba. Now, two daring scientists, Paul Weinzweig and Pauline Zalitzki, claim they’ve found it. They discovered the submerged ruins of the ancient city off the shores of Cuba. In the distant past the region was dry land, but now only the island of Cuba remains above water. The ancient city is 600 feet below the ocean and the team of researchers led by Weinzweig and Zalitzki are convinced it is Atlantis—the city lost for more than 10,000 years.
The two scientists, Paul Weinzweig and Pauline Zalitzki, working off the coast of Cuba using an underwater robot, have confirmed that a gigantic city exists at the bottom of the ocean. The site of the ancient city includes several sphinxes and at least four giant pyramids plus other structures. Amazingly this site is also within the boundaries of the fabled Bermuda Triangle.
And according to a report by arclein of Terra Forming Terra, Cuban Subsea Pyramid Complex, the evidence points to the city being simultaneously inundated with rising waters and the land sinking into the sea. This correlates exactly with the Atlantis legend.
The disaster may have occurred at the end of the last Ice Age. As the Arctic icecap catastrophically melted it caused sea levels to rise quickly around the world, especially affecting the Northern Hemisphere. Coast lines changed; land was lost; islands (even island continents) disappeared.

There has been many description and stories about Atlantis. And if you consider the description of the Atlantean civilization given by Plato in the Critias may be summarized as follows.


In the first ages the gods divided the earth among themselves, proportioning it according to their respective dignities. Each became the peculiar deity of his own allotment and established therein temples to himself, ordained a priestcraft, and instituted a system of sacrifice.
To Poseidon was given the sea and the island continent of Atlantis. In the midst of the island was a mountain which was the dwelling place of three earth-born primitive human beings–Evenor; his wife, Leucipe; and their only daughter, Cleito. The maiden was very beautiful, and after the sudden death of her parents she was wooed by Poseidon, who begat by her five pairs of male children. Poseidon apportioned his continent among these ten, and Atlas, the eldest, he made overlord of the other nine. Poseidon further called the country Atlantis and the surrounding sea the Atlantic in honor of Atlas.
Before the birth of his ten sons, Poseidon divided the continent and the coastwise sea into concentric zones of land and water, which were as perfect as though turned upon a lathe. Two zones of land and three of water surrounded the central island, which Poseidon caused to be irrigated with two springs of water–one warm and the other cold.
The descendants of Atlas continued as rulers of Atlantis, and with wise government and industry elevated the country to a position of surpassing dignity. The natural resources of Atlantis were apparently limitless. Precious metals were mined, wild animals domesticated, and perfumes distilled from its fragrant flowers. While enjoying the abundance natural to their semitropic location, the Atlanteans employed themselves also in the erection of palaces, temples, and docks. They bridged the zones of sea and later dug a deep canal to connect the outer ocean with the central island, where stood the palaces And temple of Poseidon, which excelled all other structures in magnificence. A network of bridges and canals was created by the Atlanteans to unite the various parts of their kingdom.

Another theory is presented in this Timewatch special video, historian Bettany Hughes unravels one of the most intriguing mysteries regarding Atlantis of all time. She presents a series of geological, archaeological and historical clues to show that the legend of Atlantis was inspired by a real historical event – the greatest natural disaster of the ancient world. She is tracing the origins of the Atlantis myth and presenting evidence that the Thera eruption inspired Plato’s account of the mystical land.
2,400 years ago Greek philosopher Plato wrote of an ancient island civilization of unparalleled wealth and splendor, which was struck by earthquakes and floods and was swallowed up by the sea in one grievous day and night.
“But afterwards there occurred violent earthquakes and floods; and in a single day and night of misfortune all your warlike men in a body sank into the earth, and the island of Atlantis in like manner disappeared in the depths of the sea. For which reason the sea in those parts is impassable and impenetrable, because there is a shoal of mud in the way; and this was caused by the subsidence of the island.” (Plato, as translated by Benjamin Jowett).

Is the Legend of Atlantis Incomplete? & The 13th Day of Zac

I originally shared this information in March of 2015. I am sharing it here again because we are nearing the 13th Day of Zac once again. As you read this article you will see what the significance is.
Remember, this article was written in 2015 so the dates listed are not exact to 2016 but the information is still relevant.
This is Part 1 of 3. I will share the other two in the next two days.
****************************
Back on October 1st of 2014 I asked the questions…
What if I told you the “story” we believe to be the “Legend of Atlantis” is incomplete? What would you say?
What if I told you the story of the “Legend of Atlantis” that we believe to be what happened, is not really what happened at all? What would you say?
Which of these possibilities would be easier for you to accept and believe? That the story is incomplete? Or that the story is an Illusion?
I asked you… What if the Legend of Atlantis as we know it was intentionally implanted into the psyche of the Human Collective Consciousness?
How would that make you feel? Would it make you wonder Why and by Whom, and for what purpose?
Today, March 11, 2015, is the perfect day to share the information I had promised would be forthcoming surrounding these questions. Let me explain why. 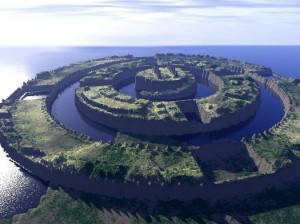 Is the Legend of Atlantis Incomplete?
In the Mayan Calendar system, the Haab Year, also known as the Vague Year, is the day count most like our current calendar. It has a 365 day count, so it is obviously based on solar observation. It’s called “Vague” because it does not include leap years.
The Haab is used in conjunction with the Tzolk’in calendar, and together they create the larger 52 year cycle called the Calendar Round.
The Haab is made up of 18 months of 20 days each with a final short nineteenth month consisting of only 5 days.
We are currently in the 11th Haab month; the month known as Zac. The dates on our current calendar that correspond to the 11th Haab month of Zac are February 27th through March 17th. (note: to achieve this count February always has 29 days)
With that information we know that tomorrow, March 12, is the 13th day of the 11th Haab month known as Zac.
Why is this information significant? What might it have to do with information related to Atlantis?
It is significant because according to some beliefs Atlantis sank on the 13th day of Zac.
So… here we sit on the Eve of the anniversary of the day Atlantis was destroyed. 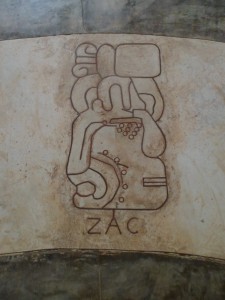 
© 2015  Essence Ka tha’ras
Shambahalla-New Earth & The Metatronic Consciousness Energy Round
Please feel free to share this information, but only in its entirety, and with credit to the
Author – Essence Ka tha’ras
and please add a link back to this web-site….www.shambahallanewearth.com

OUT OF MIND » TRUTH IN CONSPIRACY THEORIES? » HISTORIES MYSTERIES » Atlantis – Update of the different theories