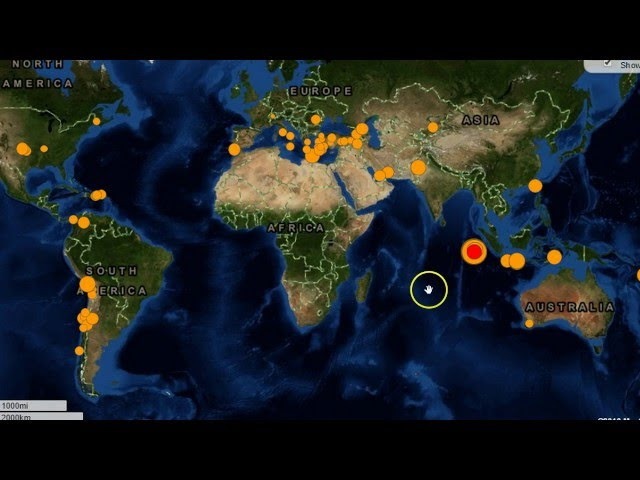 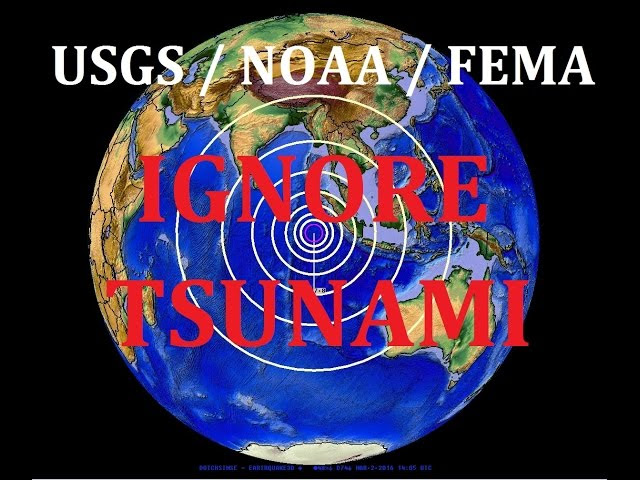 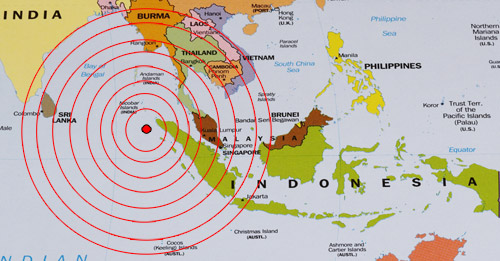 Aftershocks Rock Indonesia After Massive 7.9 M Quake Earlier, Calls for Calm
March 2, 2016 · Earth / Weather Changes · 0 Comments
Strong aftershocks continued to rock Indonesia on Thursday after a massive undersea quake sparked fears of a region-wide disaster similar to the 2004 Indian Ocean quake and tsunami which killed more than 200,000 people.
An aftershock of 5.6 magnitude, and at a shallow depth of 10 kms (six miles), struck on Thursday morning about 784 kms (487 miles) south-southwest of the Sumataran island port of Padang, the same area as Wednesday night’s 7.8 magnitude quake, said the U.S. Geological Survey (USGS).
There were no reports of deaths or damage to buildings from the overnight undersea quake, which caused panic in Padang as people tried to reach higher ground when a tsunami warning was issued. No tsunami occurred.
With a series of aftershocks through the night and Thursday morning, Indonesian authorities called for calm.
The National Meteorological Agency said there were six aftershocks of decreasing strength during the night.
“We do not believe that there will be an earthquake of greater strength,” it said on its Twitter account. “And so residents are urged to keep calm and not be taken in by rumours.”
The TV One channel cited the National Disaster Mitigation Agency as saying that there no reports of any casualties and the situation in the Mentawai chain of islands off Sumatra was safe.
Fears ran high on Wednesday evening when it was reported that the tremor had measured 8.2 and authorities issued tsunami alerts. TV reports said patients at hospitals in Padang were evacuated and there were traffic jams as panicking residents tried to leave.
However, the USGS revised the magnitude down to 7.8 and within two hours of the quake striking the tsunami warnings were cancelled. USGS said the epicentre was 808 km (502 miles) southwest of Padang.
Indonesia, especially Aceh on the northwest tip of Sumatra, was badly hit by the Indian Ocean tsunami in 2004.
A 9.15-magnitude quake opened a fault line deep beneath the ocean on Dec. 26, 2004, triggering a wave as high as 17.4 metres (57 feet) that crashed ashore in more than a dozen countries to wipe some communities off the map in seconds.
The disaster killed 126,741 people in Aceh alone, and a total of 226,000 people.
Indonesia straddles the so-called “Pacific Ring of Fire”, a highly seismically active zone, where different plates on the earth’s crust meet and create a large number of earthquakes and volcanoes.