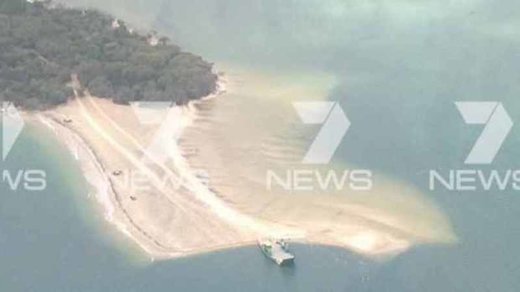 Another Major Erosion Event Along Inskip Point beach, Queensland, Second One in Six Months
March 2, 2016 · Earth / Weather Changes · 0 Comments
Another collapsing sandy hole has formed at Inskip Point at the northern end of rainbow beach.
According to Queensland Parks and Wildlife the activity started at the surface of the sand about 8am and ended at 10.15am.
The service is describing it as an erosion event better termed as a “near-shore landslide” than a sinkhole.
The erosion has not affected any campsites nor access to the barge to Fraser Island.
The Queensland Parks and Wildlife Service has erected traffic barriers and warning signs around the sites.
A statement on the parks and wildlife website said it was likely to be “another occurrence of the natural phenomenon which occurred in September 2015 at Inskip”.
In that incident 300 people had to be evacuated after campsites came under threat, and some cars that were swallowed up by sinking sand are still underwater.


“It is caused by the undermining of part of the shoreline by tidal flow, waves and currents,” the statement said.
“When this occurs below the waterline, the shoreline loses support and a section slides seaward leaving a hole, the edges of which retrogress back towards the shore.”
Members of the public were urged to observe the warnings in place around the area.
Rangers were monitoring the hole that has formed. 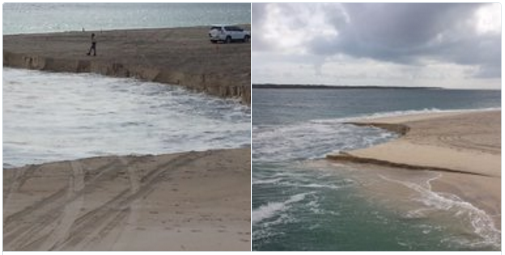