» Strange Lights in the Sky Being Reported Globally

A strange event happened at Yellowstone near Old Faithfull on February 29, 2016. The upper geyser basin overnight streaming camera captured what looks like a fireball and then a big greenish flash. It is unclear whether the flash was caused by the strange fireball or not. 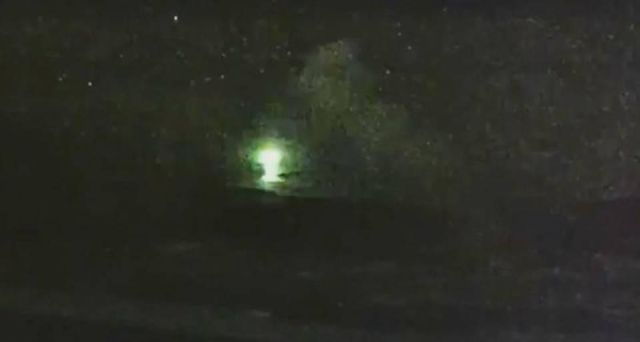 The greenish flash can be seen at about 0.32sec into the first video below.
On February 26, 2016, Dutchsinse reported another strange event at Yellowstone. He states: As if the large geyser activity, and strange "earthquake lights" the other night (February 23 into 24 2015) were not enough, now a single large light has shown up on the night time feed at the Yellowstone geyser basin.

Unlike the previous night, this light illuminates a mound further away, where there is no walkway, and no visitors are allowed to walk.

The strange light can be seen at about 1min 6sec into the second video below.
If you've ever been to the park, you know that people are not allowed to walk out into the actual geyser mounds - they must stay on the pathway. And no one is allowed at the geysers after dark.

This light is not a person on the mound with a flashlight, nor is it a car light, nor are there any street lights, walkway lights, or helicopters flying over.

This whole mound is lit up for several seconds, then goes dark. Very strange for after dark lights to be on these mounds when watched for months while seeing nothing.

According to Dutchsinse, no eruption threat is imminent rather a possible earthquake swarm (or single larger event) may be coming soon. These could very well be "earthquake lights", which are a sign of geologic stress, which releases a form of plasma light energy due to stresses in the ground.