OUT OF MIND » HEALTH & MEDICAL INFO » HERBS, BOTANICALS, ORGANIC & NATURAL REMEDIES » Ten Teas From Plants Around You And Their Benefits

Ten Teas From Plants Around You And Their Benefits

Ten Teas From Plants Around You And Their Benefits 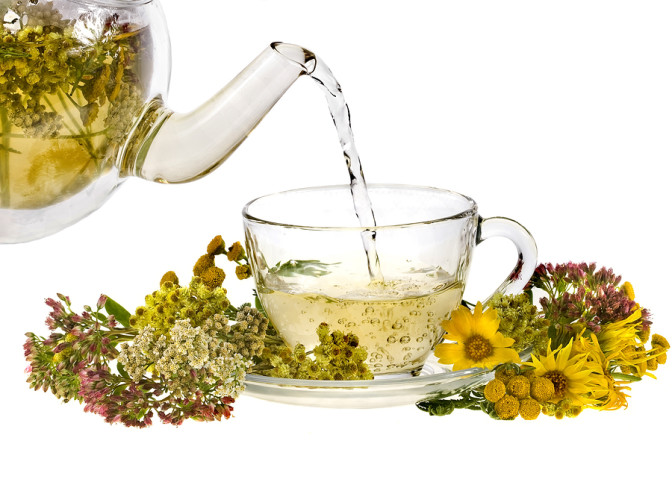 Written by Sharing Sustainable Solutions
All teas unless specified are brewed with 1 teaspoon dry
material or 2 teaspoons fresh material to 1 cup of water.
Always steep. This means pouring hot water over material and letting set for 5 – 15 minutes.
Always dry leaves and roots out of the sun, in dark airy places. Then store in airtight containers.
Persimmon Tea:
The leaves when dried and crushed make a fine strong tea. Can be used all year round. Rich in vitamin C. Used as a healthful tonic.
Sassafras Tea:
Boil fresh roots after washing, until water turns reddish brown. Can be sliced and dried for later use. Claimed by some to be a blood thinner, a blood purifier, to help bronchitis, a stimulating spring tonic. Mostly it is used for pure enjoyment.
Birch Tea (Wintergreen):
Black, yellow and white birch. Dried leaves can be used year round. A large handful of fresh leaves steeped in hot water was drunk 1 to 2 cups a day for rheumatism and headaches. Said to reduce pain of passing kidney stones, and a fever reducer. Cold it was used as a mouthwash.
Blackberry/Raspberry Tea:
The dried mature leaves of these brambles make a good tea. Used to help control diarrhea, as a blood purifier and tonic. Use all year round.
Blueberry Tea:
The dried mature leaves are steeped until cool and drunk 1 to 2 cups per day as a blood purifier and tonic. Also used to help inflamed kidneys and increase the flow of
urine. Somewhat bitter. Use all year round.
Alfalfa Tea:
The dried and powdered leaves and flower heads make a very nutritious tea, but it is somewhat bland. We suggest mixing them with normal teas to stretch them and add nutrition. Its vitamin content >was the reason it was used. Used all year round.
Wild Strawberry Tea:
Use dried leaves normally. Pour several cups boiling water over a handful of fresh leaves in the evening. Cover and let steep overnight. Strain water and reheat in the morning. Believed to help with a multitude of things, from stomach troubles, eczema, diarrhea, etc. According to experts, it is much more healthful than purchased coffee or teas. Use all year round.
Wild Rose-Hip Tea:
A handful of these steeped for 10 minutes, then strained, make a healthful tea. Can be used dried or fresh in season. Instead of boiling, place a handful in cool water overnight, then stain and reheat in the morning. Use all year round. Strong Vitamin C content. Helps with Colds and the flu. Also for sore throat.
Sweet Goldenrod Tea (Anise):
Can use dried or fresh leaves or flowers. Makes a very flavorful tea. Pure enjoyment only!! Used all year round.
Soldier’s Herb Tea:
This common yard weed with green leaves and two seedie spikes was used by the colonials and Indians alike. One teaspoon of seeds per cup of boiling water steeped for 1/2 hour was used for dropsy and jaundice. A tea from fresh leaves (chopped fine), one heaping teaspoon per cup of boiling water steeped for 1/2 hour. For dried powdered leaves, use one level teaspoon and reduce time to 15 minutes. Drunk 4 to 5 times a day until relief was obtained.
Used for gout, to help clean out nasal passages and to slow menstruation. Also used to expel worms. A tea cooled made from rainwater was used as an eyewash.
Originally posted @ Sharing Sustainable Solutions

OUT OF MIND » HEALTH & MEDICAL INFO » HERBS, BOTANICALS, ORGANIC & NATURAL REMEDIES » Ten Teas From Plants Around You And Their Benefits

» 16 Herbal Teas To Put On Your Grocery List – 17 February 2013
» These Popular Herbal Teas Contain Illegal Amounts of Deadly Pesticides (Up To 100X Times More)
»  People Can Draw Energy From Other People The Same Way Plants Do - See more at: http://www.trulymind.com/people-can-draw-energy-from-other-people-the-same-way-plants-doA biological research team at Bielefeld University has made a groundbreaking discovery
» alien plants
» The Conscious Intelligence of Plants