OUT OF MIND » PERCEPTUAL AWARENESS » THE SHIFT IN CONSCIOUSNESS » Are We Gaining Any Ground?

Are We Gaining Any Ground? 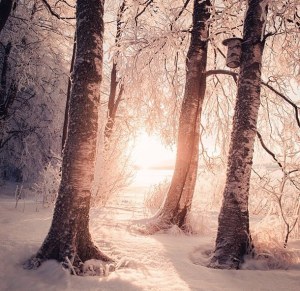 Photo Source:
Did you ever feel like you just wanted to go far away, into another reality, and take in the wonders of a new world, a new space, a new consciousness? Anything but what we are trapped in right now? Like the White Rabbit in Alice In Wonderland ,  I long to dash down the rabbit hole into a softer and kinder place of enchantment. The reality of the world today is quite brutal and nonsensical. It is like our energy systems have been hot-wired, sending us all in different directions, what should be up is down, what should be black is white, what should be illegal and prosecuted, is ignored and swept under the rug. The puppet strings to this play we are in, are being pulled and jerked tossing us first one way then the other. It is a crazy ride for sure!
I had hoped we would feel more change since beginning this mission to bring back the light on earth. We should be further along than we are. It is as if we are stuck in quick sand and we keep getting pulled back down. The so-called Presidential Election here in the U.S. has been such a cold slap in the face. I mean is this all we have to show for our hard work to raise consciousness and awaken to truth? We have a Socialist and a Liar who is under FBI investigation on one side of this  election sham and on the other side you have a bunch of third graders acting like such fools it is down right embarrassing to witness! Have we not come further than this? There is not one open hearted candidate for the light in the mix. How in God’s name can people vote for someone under FBI investigation for very serious crimes? Have we not worked hard to try to create a world of truth and yet so many look right past this massive neon green LIE in the room. Hello! Laws were broken, do we just look away now? Have we stooped so low we accept these jaded people as candidates regardless of what they have done? It worries me to see so many still sound asleep to the new way of being and thinking and acting. Watching what goes on in this warped election cycle is a great way to measure the level of consciousness of the people. To be honest it is rather scary.
I cannot watch the depressing garbage being blasted into households all around the country by TV.  Where are our morals? Do we accept people who lie as someone we can count on to run our country? Really? Do we really wish to watch the humiliating name calling and childlike behavior of our supposed Presidential candidates? OMG! One of the agreements of the new world is ‘Thou shall not judge’, ourselves as well as others. Judgment creates discord and uncomfortable energy within. It does nothing positive for either the giver or the receiver, so why? Why do we still do this? Why place ourselves in positions of being better than or less than? It is just more division for an already chopped up state of humanity.
Where is the humility needed by a President? Where is the honesty with no strings attached needed to be President? Where is the open heart thinking needed by a Presidential candidate? Where is someone who has vision for the whole of the country and not just for the few? I see almost none. I will give credit to Dr. Ben Carson whose thinking is definitely advanced and aimed towards the light, perhaps he was just a breath too early for this position unfortunately. The people are not awake enough yet to grasp his concepts and beliefs, or they are unable to free themselves enough to risk looking at new perceptions that may change their lives.
I just truly find it breathtaking to witness presidential candidates name calling like school children, harshly judging one another, belittling each other, using dirty tricks to force people out of the race, telling out-and-out lies and being investigated by the FBI, and the mean-spirited feeling in general, but worse: The fact you keep hearing “this is just politics as usual.” Really? Is this what we want in the new world? To accept what is, bad or good, rather than challenge it and make things better? If we are working so hard to be the best we can be, how can we possibly feel good voting for people who are corrupt, establishment, liars, opportunists and controllers working for corporate America? You know, the ones who foot the bill for these guys and their performances. I sure can’t vote with a clear mind on any of these people. Nobody represents the light from the new world or embraces its thinking.
I don’t mean this as a rant, rather just expressing my thoughts as of late about all that is going on and where we really are on that ladder towards enlightenment we have been climbing. Are we really getting anywhere? The outward signs I’m seeing now as a whole population gets ready to vote in a new leader is all showmanship, self-importance, egos run wild,anything but enlightened, but so very little about how things will be changed to make the heart of the people rise up and seek a better way for themselves. I see no true compassion, I hear twisted truths, there is little honesty and little encouragement for helping humanity change  to an open heart society that cares, that craves simplicity and authenticity and cares deeply for one another. It is all about ‘them’ as usual. Time for a stroll through the woods to clear my heart and head.
Blessings to all,
Visionkeeper


Thanks to VK at: https://oneworldmetamorphosis.wordpress.com

OUT OF MIND » PERCEPTUAL AWARENESS » THE SHIFT IN CONSCIOUSNESS » Are We Gaining Any Ground?