Regarding the Unprecedented Number of Presidential Fiascos, Governmental Failures and Fabricated False Flag Operations During Your Presidency

Dear President Obama,
We are the citizens of the United States of America who listened to your campaign message of “HOPE and CHANGE” in 2008.  We are also in close touch with the peoples of the world, throughout nations large and small, near and far, who have suffered tremendously during your two terms in office.
War, not Peace
We then watched you receive a Nobel Peace Prize before you performed even a single act of peacemaking?
Your first presidential initiative after receiving the ‘prize’ was to send 30,000 more troops into the already destroyed and defenseless country of Afghanistan which never committed any offense toward the USA or her allies.

Your second major war initiative was to greatly intensify the unlawful extra-judicial drone assassination program against the powerless tribal people of Pakistan.  Not only have thousands of innocents been killed there, yet another nation has become the victim of an unprovoked U.S. war of aggression.  Somalia and Yemen have suffered the same fate — the massacre of women and children, ailing and elderly — over the course of your two terms.
You continued this policy of ‘hope and change’ by initiating or participating in new devastating wars in Libya and Syria, as well as re-engaging the war in Iraq.  All three of these nations have been literally transformed into post-apocalyptic wastelands on the basis of fighting international terrorism.  Ditto that for the numerous proxy wars that you have stealthily launched throughout Africa where the CIA has created one national disaster after another.
Of course, nobody mentions that it was U.S. military aggression which created the ideal environment for terrorists groups to form in the northern Levant.   And for sure nobody ever makes the mistake of informing the American people that the CIA, DIA, and NSA — working in tandem with MI6, MOSSAD and DGSE — were directly responsible for arming and funding ISIS, al-Nusra, and the many other al-Qaeda offshoots in Syria and elsewhere in the Mideast.   In fact the very same game plan was used as the one that established the original al-Qaeda during the Mujahideen proxy war against the Soviet Union in Afghanistan during the 1970s.
Then there is the CIA Torture Report produced by the U.S. Senate.  As the perennial provocateur operating in every country on Earth, this thoroughly rogue organization has been empowered by the White House to continue down its path of death and destruction.  As if the Senate report did not clue you into what everyone already knows.  And, yet, you have failed to hold the CIA accountable for even a single transgression of law … any law, many of which they have broken countless times during your tenure.
Economic instability and financial insecurity
Next up, there is the unprecedented kowtowing to Wall Street which the Executive Branch is now infamous for.  Your last Attorney General — Eric Holder — avoided any and all personal prosecutions of even the most obvious financial wrongdoings, illicit economic activity, as well as the assortment of acts of unconscionable enrichment at the expense of the American people.  Perhaps you just ‘hoped’ that the banksters would ‘change’ … maybe? 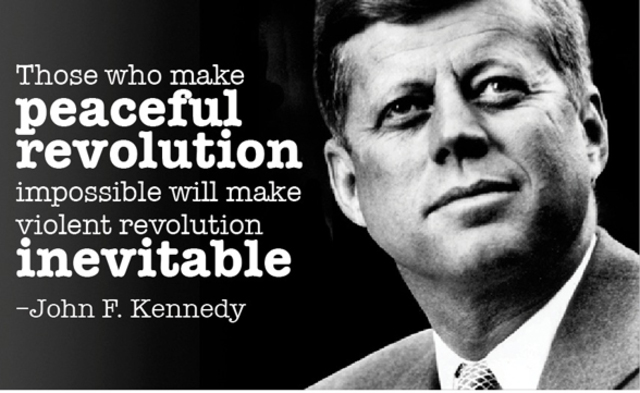 Hence, we take the extremely wise words of John F. Kennedy to heart in this particular regard.  Perhaps you will be out of office for good when the citizens take matters into their own hands.  Regardless, no one will ever forget the ‘great’ service that you so willingly and purposefully performed during your 8 disastrous years as a fundamentally unqualified president.
We now know that real “Hope and Change” will only occur when each and every politician of your ilk has been run out of Washington for good.  The two-party system has thoroughly devastated this nation and you exemplified the very worst that it had to offer.
May you be forever banished from this country during the upcoming Second American Revolution.  And may you be forced to contemplate the profound damage wrought on this constitutional republic throughout your reign.   Thankfully, you have unwittingly reawakened throughout the body politic the primordial desire for a true representative democracy as envisioned by our great Founding Fathers.
Concerned Citizens of the USA
March 18, 2016
State of the Nation
P.S.  It’s quite obvious to the informed electorate that you are merely the frontman for an international crime syndicate that hijacked the American Republic many decades agao. We get that.  The serial criminality and perpetual lawlessness delineated above was the result of the direct orders of your true masters; hence, this tyrannnical regime was foisted upon you from the NWO ruling cabal (aka World Shadow Government).  Nevertheless, you allowed them to use you to deeply betray the American people in ways never seen in U.S. history.
Source
[1] Nobel Peace Committee Wants Obama To Return Peace Prize
[2] Nobel Peace Prize Committee: Former Secretary Says Obama Failed
[3] ObamaNation: Pandering to Illegal Immigration, Homosexuality, Abortion and the Celebrity Culture
[4] Phoenix Sheriff: Obama’s Birth Certificate Is A ‘Fraudulent, Fake Document’
References
National Socialism: The Striking Similarities Between Obama’s USA And Hitler’s Germany
ObamaNation: Where Lawlessness And Moral Depravity Prevail
Top Obama Appointee: “President Knowingly and Willingly Armed ISIS”
Obama Signs Executive Order To Legalize BLM’s Land Grabs
Recommended Reading
Barack Obama: Manchurian Candidate, CIA Cutout, Or Both
Obama Birth Certificate: Confirmed Forgery According To Top Experts
Deaths connected to the Obama White House
Barack Obama: Guilty Of Conduct Unbecoming Of A U.S. President
Obama’s Unkept Promise to 9/11 Families: Releasing the 28 Pages
Barack Obama’s Harvard Law Review Entry
Video Exposé (MUST View)
Unparalleled Video Exposé of Obama’s 7 Years as POTUS
Attachments
2016 — A Critical Year! The American People Must Act NOW … Or Face The Consequences Of Electing Treasonous Leadership
2016 in the USA : A 2nd American Revolution, Civil War, or Both
Addendum 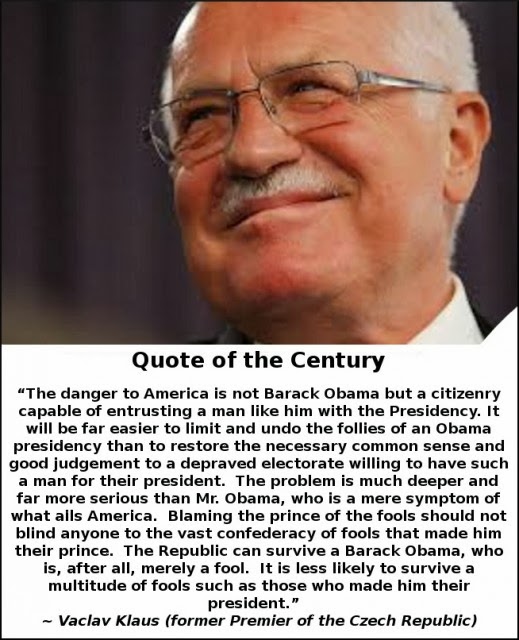 Originally published by SOTN at: http://stateofthenation2012.com/?p=9762