So You Want A 3D Printer

So You Want A 3D Printer 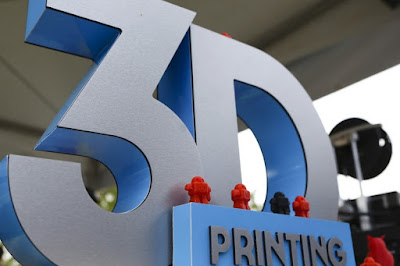 3D printing is something that caught my interest several years back, the first time I saw a demonstration on a science program.  Back then they were still calling it rapid prototyping, but by any name it is quite impressive.  The ability to push a button and have a useful item appear is very appealing to a lot of us, perhaps owing to the replicator aboard vessels in Star Trek.  It wouldn't be the first time that life imitated art.

In basic terms 3D printers are simple robots that create exacting designs using liquefied plastic filament extruded thru a moving nozzle.  Printing times vary greatly depending upon size and resolution of detail.  Very large detailed projects can take up to 24 hours or more to print, while less sophisticated items can easily be printed in just a couple hours or so, depending.

As impressive as 3D printing is, it is by no means as simple as pushing a button; that's just a step in the process.  A process that involves many technical and specific steps; with a strong attention to detail.  Success is measured in micro millimeters!

If you're thinking about getting a 3D printer, the first decision is, which one?   Currently there's quite a wide variety of 3D printers available in the consumer marketplace; ranging in price from just a few hundred to several thousand dollars.  Most of the industry leading printers are in the $1200 to $4000 dollar range.  The more budget friendly printers are generally small desktop models, with a small build surface; which is just fine for small projects.  The mid to upper range printers are larger, with correspondingly large build surfaces to accommodate bigger builds.

The first step is to determine your needs for a 3D printer.  If all you want to make are functional household objects, toys and geometric art; a smaller desktop printer will likely suffice just fine.  However, if your imagination is broader than that, or your needs are more specific in nature, you'll be wanting a more sophisticated platform.  Indeed, even the smaller, cheaper units are capable of doing very fine detailed work; if its not too large an item.

The hardware is only half the equation, so you'll be wanting a unit with state-of-the-art software & firmware as well.  Much will depend upon one's technical background and experience with computer based modalities such as CAD drawing programs and related software.  Some printers software is open source, meaning the user can modify & update it.  Other printers software is proprietary meaning upgrades & modifications can only come thru the manufacturer.

For those wishing to create their own 3D files for printing there are a number of software programs available which are relatively user friendly: some of the more popular ones are, Blender, MeshMixer and OpenSCAD.  With these or other similar software programs you can create your own files, import files from a scanner, and edit existing files.  For example, you could easily take a file obtained elsewhere, then add to or modify it as you desire for personal use.  What you cannot do is take someone else's file then sell prints on ebay.  Doing such is not only against the law, it is also bad form!

Some research will not only be helpful, it may well spare you both money and aggravation in the long run.  There are many factors to consider before you put your money on the table.  Do you want a 3D printer with single or dual print heads?  Heated or unheated build plate?  Some printers can only use PLA filament, some only ABS filament; and some can do either, as well as some of the newer filaments being developed. 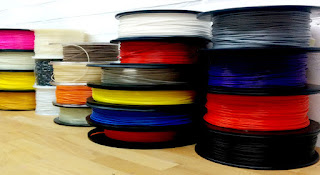 You'll need space for the printer, as well as supplies, spools of filament, etc  Keep in mind also, that 3D printers do make some degree of noise during operation; this of course varies from machine to machine, the point being that none of them are totally silent, so that ambient noise is another factor to consider.  I actually find the sounds of servos working, and the "R2D2" like sounds emitting from my printer almost relaxing.
Once your printer is set up and ready for operation the all important build plate needs to be leveled, and protected.  Leveling the build plate is one of the critical steps involved with 3D printing.  If the plate isn't level within the machine, a perfect print will be nearly impossible.  The extruder nozzle tip needs to be roughly .25 millimeters or less from the surface of the build plate for optimal results.

Printing directly on the build plate is not recommended.  Build plate coverings like blue painters tape, or sheets of  kapton polyimide plastic are required to protect the build plate; and it isn't always easy to get the extruded filament to properly adhere to the surface.  Bad adhesion causes warping and peeling on the edges of what you are trying to print, and a failed or imperfect print is the result.

To attain the degree of adhesion required; some use a slurry of ABS filament dissolved in a jar of acetone.  Getting the proper amounts of each ingredient is crucial.  Too much ABS filament and it's next to impossible to remove a finished print...not enough, and your print begins skating around the build plate, attached to the moving extruder nozzle.

When a space age company began using 3D printers they also faced these adhesion problems, and came up with what seems like a great time-saving solution.  They made their own sheets to cover the build plate, that don't require using ABS slurry.   Available from Buildtak.com the high tech polycarbonate sheets are easily installed, easily removed, and provide a nearly perfect surface for 3D printing.

While buildtak does streamline the process while solving the adhesion problem, we find that for optimal results one must be quite exacting and meticulous about the distance between the extruder nozzle and build plate.  If the nozzle is a fraction of a millimeter off, either the filament will not adhere to the build plate, or the finished print will be quite difficult to remove without aggressive measures.

Another after market item you'll need to get consistently excellent results is a filament filter.  Few off the shelf 3D printers actually come with this filter as standard equipment, but they should.  There is an online community of 3D printing people called thingiverse  which has many thousands of 3D print downloads available for free. Just do a search for prints for your specific printer and you'll find a suitable filament filter.  Once printed out, simply roll up some lubricated felt inside the filter and you're good to go.

The reason the filter is so important is because it removes tiny dust particles, etc from your filament before entering the extruder nozzle.  Without a filament filter; dirt & dust get inside the print head, and you will know this because your printer will suddenly start "air printing" an inch or so above the print in progress, without extruding any filament. 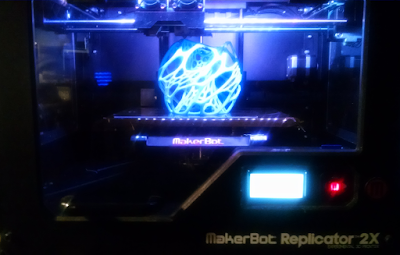