» Did Larry King Receive an Experimental Shot Just Before His Death?

» GENERAL FLYNN LAYS OUT THE FACTS!

» Has the Nazca Lines mystery been solved ?

» Lest We Forget Rev. Michael Pfleger

Yesterday at 8:36 pm by PurpleSkyz

Yesterday at 8:31 pm by PurpleSkyz

Yesterday at 8:00 pm by PurpleSkyz

Yesterday at 2:11 pm by RamblerNash

» The Murky Ethics of Paying People to...

The Blood of Christ~ AB- 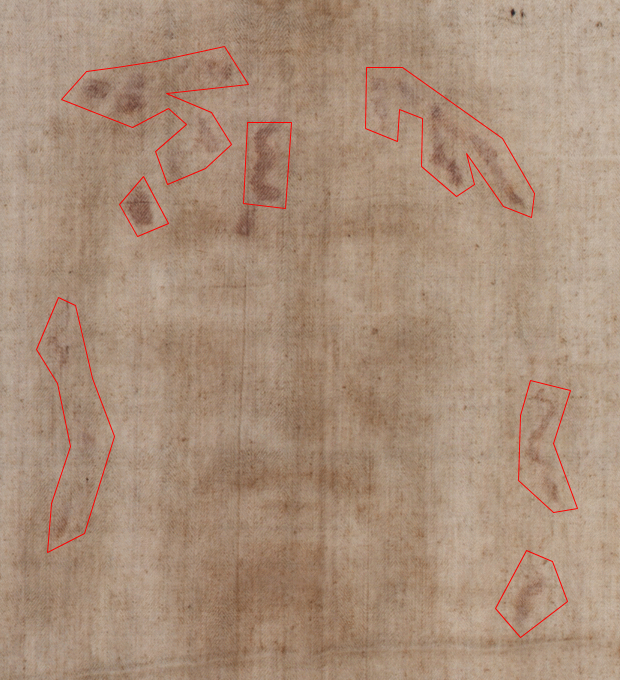 The Blood of Christ~ AB-

Most of us can identify with seeing into things like Astrology the things that we recognize about ourselves, even if we don't necessarily embrace the concept. If we hear that Virgos possess certain qualities that we believe we possess, it validates that small portion of the philosophy. That's why it has flourished.

In a strange way, we can use this recognition to all kinds of traits and beliefs. For instance, I have known for many years that I have a very rare blood type, and that has fascinated me. In recent years, googling this blood group, AB Negative, provides an insightful, but, often hilarious range of possibilities.

In reading of the tea leaves of  googles, there is supposedly evidence that AB Negative people have certain physical traits, such as reddish auburn hair, and hazel or grey eyes, fair skin and freckles. Yikes- that describes me. Yes, I'm a hideous freckled ginger. So, in suddenly belonging to a larger group with specific physical traits, I have to react. AHA! It seems to have wisdom.

OK, but, then there are the other ludicrous and bizarre hypotheses about us AB Negs, specifically stating that we are alien-blooded, reptilian or both. We're supposed to have an unusual caudal tail bone, vertebrae anomalies, and ....ok, I did have a caudal vertebrae brake, and now the entire lumbar spine is collapsing, which I need to have fixed soon. As if I didn't have enough rods and bolts in my spine, the second half of my spine needs to be completely redone sooner than I want. I just recovered from a cervical spine overhaul, in that I have a new cervical spine. I'm already bionic, but, now, according to some websites, I'm an alien reptilian. A GINGER haired freckled pale decrepit freak. So depressing.

So, it is no surprise that facing such conflict in self-confidence, I  embraced the information that the shroud of Turin has AB Negative blood. If we accept the predicate that this is Jesus Christ's shroud, that means he possessed AB Negative blood.

When I told my brother that we may have the blood of Christ, he said sarcastically, that I should contact Dan Brown, and tell him we're the real Merovingian. He was so unimpressed and sardonic that it made me think of a way for him to see a positive spin on having this bloodline. I have to add that my brother is a great despiser of Jesus Christ, and I can't figure out why. It constantly annoys me, because, he's so blasphemous that he claims Jesus doesn't even exist.

Knowing he is very narcissistic, I was given a golden nugget of information to feed him, namely that if Jesus was AB Negative, and that was his shroud, that means that Mary's blood was AB Negative. It also means that my brother is probably the only human in history besides Jesus to have AB Negative blood that was chromosomal female, because he only had maternal genes. My brother had leukemia and received a rescue bone marrow transplant from me, and it turned his blood into AB negative FEMALE blood, like Christ';s or the Man of the Shroud's.

OK, that appealed to him, a little, but, he was still appalled to be compared to Jesus. Can you imagine this? Well, then it occurred to me that it makes more sense than I could possibly know.

IF our bloodline was of Mary, that means that we were possibly the ancestors of her other children, the ones who did not believe in Jesus Christ! While James and John were possibly his half-brothers, there were other ones who mocked him, and rejected him as the Messiah. That's why Christ said what he did in the Gospels:


Mat 13:55-58
Is not this the carpenter's son? is not his mother called Mary? and his brethren, James, and Joses, and Simon, and Judas?\
And his sisters, are they not all with us? Whence then hath this [man] all these things?
And they were offended in him. But Jesus said unto them, A prophet is not without honour, save in his own country, and in his own house.
\\


If we see Christ's own blood brothers as rejecting him, then, why am I still amazed that my brother rejects the notion that he could possibly be a great-great uncle x 1000 generations?

The reason I think it's possible that we are related to that shroud's blood is the sheer rarity of this blood type. There are less than or up to 1% of the population of the world who possess it. Then, factoring in that there are only 13 million Jews in the world, or approximately 4% of the world's population, it makes it even more rare and increases the odds of being related to the Jew on the shroud, whether Jesus or not. \

Most Jews don't know their tribal origins, or at least, don't have just one tribe contributing to their genetics. However, my dad's family were orthodox rabbis up to 100 years ago, and were the tribe of Levi, which was inscribed on their family religious items. The Levites, or Sons of Aaron, were the priests, and they kept their tribal bloodlines more diligently than many other tribes because they were the rabbis.

Jesus is, of course, the lion of Judah, being the ancestral son of David, and the heir  the throne of Zion, but, many don't realize that Mary was also from the daughters of Aaron. This is derived from the Gospel of Luke, from the description of John the Baptist's mother, who was Mary's sister. So, Mary's mother was a Levi.

In Hebrews, the writer compares Christ to Melchizadec as High Priest King. Jesus was tolerated in the Temple in Jerusalem because he was entitled to teach as having Levi bloodlines. He was ancestor to Moses, and David, of Levi and Judah, through his maternal bloodline.

Now, I have knowledge of an even more limited range of potential for matching the shroud, if it belonged to Christ, since his half Levi blood would make it almost impossible for someone like my dad and me to not possess the same bloodline as Mary. The Levites were 1/12th of the sum of Israel. Doing the  math, the odds are impossible to have this rare bloodline in such a limited group, without being related.


Is this a blessing or a curse?  The blood of Christ is a blessing, but, we would have to have e the blood of Mary and one of her unbelieving offspring


Why are we cursed? Because our ancestor may have been the brother of Christ, and refused his grace, and for the next 2000 years was cursed by being chased around the globe, persecuted and hunted like dogs. Having the same blood as Mary did not save us. Only belief in Christ has meaning.

Like I told my brother, he may be the only male human being other than Jesus to have AB Negative female blood, yet, it means nothing to him.

He is thrilled to be the blood relative of Bolsheviks that killed people, but, continues to reject the blood of Christ, even the blood in our veins, the ladder of DNA, like Jacob's ladder to God. It amazes me. If I told him that we were Merovingian, he would be ecstatic, because that would debunk Christ. I always wondered why Dan Brown and others who embraced this mythology didn't recognize that Christ had other relatives who would pass his bloodline to future generations, but, he did not have any mortal children with Mary Magdalene, other than metaphorical and allegorical children of God.

Possessing this rare blood means absolutely NOTHING without faith in Christ. I'm trying to get my brother to contact researchers who did DNA on the shroud at UT, where he lives in Texas,  to see how our DNA matches up, although that may not be possible. I wanted him to do it to give him a sense of how we should have the most pride in Jesus Christ. I wanted to prove to him that Christ didn't betray the Jews, but, HE IS, and is the totality of God's Plan.

I was named after my grandmother, Mary, and Mary means "bitter. " Indeed, how bitter to realize that his own family and amongst his brothers and sisters, were those who shunned and spurned him, and how they went two thousand years as the hated ones. It's only been  in the last 30 years, in the current generation of Jews, embraced Jesus Christ, again, since the first advent of Christ. But, it's surely with the bitterness, and sorrow that I understand the tragedy and irony of our heritage, including remorse for all who reject the mercy and salvation that he provided by shedding his blood, and to all who accept his blood, shed for us, to cleanse every imperfection and sin, we become his bloodline in a new family.

I'd rather possess the blood of Mary and Moses than reptilian aliens. It is far more comforting to connect to them so intimately. Even though I truly understand that even having the same DNA doesn't mean a thing without faith.
Posted by Michele Bonder