OUT OF MIND » ARCHIVES OF SCAMMERS & SHYSTERS NO LONGER RELEVANT. IGNORE THEM AND MAYBE THEY WILL GO AWAY.. » PROJECT CAMELOT » Kerry Cassidy ~ SEAN DAVID MORTON: AND THE EVIL EMPIRE

Posts : 6
Join date : 2016-03-31
I just reviewed the interview with Sean David Morton and Kerry Cassidy (of Project Camelot).  Thank you to OOM2 for posting this.


Wow. Mr Morton claims that his fraud charges from the SEC in 2010 were all the fault of his trader, Daryl Weber. He claims that Mr Weber did not follow his tried and true psychic predictions when investing all that money, but instead invested exactly opposite of what Mr Morton told him to.  Ergo..money lost.  But when you view the text of the actual SEC litigation release (February 15, 2013) you clearly see that a significant amount of the funds were funneled into personal "shell" accounts held by Mr. Morton and his wife, Melissa.  OOPS !! He forgot to mention that fact !

A quick search finds another case, Saunders V Morton, where Mr Morton also was given a judgement against him in the amount of over $180,000.

Here is the link:
https://casetext.com/case/saunders-v-morton

I find it interesting that these were both default judgements.  Mr Morton did not even show up to defend himself.  Here is a copy of his reason :

Although the Court retains discretion to deny Saunders' request for default judgment, the Court sees no reason to recommend exercise of that discretion here. The Defendants, who apparently evaded service in this action, have not appeared and did not communicate with either the Court or Saunders in any way prior to defaulting on March 3, 2010. On April 6, 2010 — over a month after the entry of default — the Court received a sworn letter from one Susan Shumsky claiming that Sean Morton is an ambassador to the United States from the "Republic of New Lemuria," and that she is his "Executive Secretary." The letter argues that Morton's diplomatic status confers civil immunity upon himself and his wife, and that the repeated attempts to serve the Mortons constitute "harassment" that, in Shumsky's opinion, is "a clear violation of international law." (Doc. 44.)

Obviously, the court did not buy this and Mr. and Mrs. Morton were left with the default judgement as I stated above.
Apparently, Mr. Morton is going to defend himself ??  He stated this recent arrest is really nothing and that all charges will be dismissed.
In the meantime, he has a "go-fund-me" campaign which he mentioned during the interview..(wink, wink).  Maybe some of you would kindly send him a few dinars ?   He really wants to get his next book out !
"The truth will set you free !"
Best to All-
Mr Zappa

I love it! Kerry seems to have many of these kinds of oops.

Keep up the great work! You are a wonderful addition here to unveiling the truth! 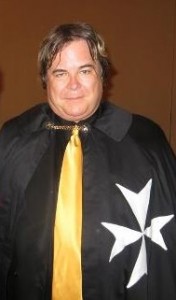 Another fascinating show on Revolution Radio is a show called Strange Universe Radio, broadcasting 5 nights a week with host Sean David Morton, who has been described as a “Nationally Known Psychic”.  At least, that’s what the Securities and Exchange Commission called him when they pinned a default judgement against Morton, his wife, and several of his enterprises.  The SEC said:

Motions for Default Judgment against a Nationally Known Psychic

and his Corporate Entities in Multi-Million Dollar Offering Fraud.

The Securities and Exchange Commission (Commission) announced today that on February 11, 2013 the U.S. District Court for the Southern District of New York entered default judgments against Sean David Morton

psychic who bills himself as “America’s

entities co-owned by the Mortons. In addition to ordering permanent

injunctions from violating anti-fraud and registration statutes and rule, each

Morton and the Prophecy Research Institute, the Mortons’ nonprofit

religious organization, were ordered to disgorge $468,281 plus prejudgment

Thanks to Rambler at : http://www.dinardaily.net/

OUT OF MIND » ARCHIVES OF SCAMMERS & SHYSTERS NO LONGER RELEVANT. IGNORE THEM AND MAYBE THEY WILL GO AWAY.. » PROJECT CAMELOT » Kerry Cassidy ~ SEAN DAVID MORTON: AND THE EVIL EMPIRE