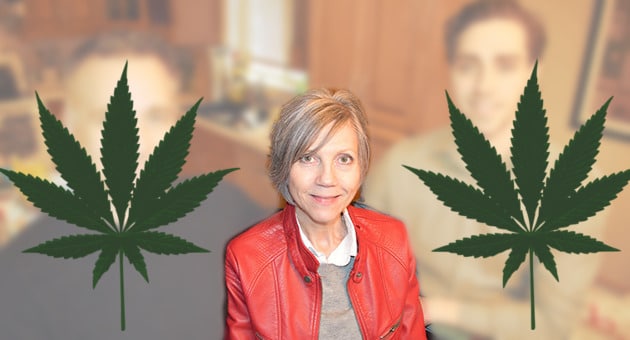 Phillip Schneider, Staff
Waking Times
Doctors told her to prepare to die, but she took cannabis oil instead.
It was 2009 when Canadian Cheryl Pearson was misdiagnosed by the Canadian medical system with multiple sclerosis (MS), and for the following four years, she believed MS was the reason behind her rapidly declining health and the loss of use of some bodily functions. Her doctors were dead wrong as it turned out, and in 2013, she was told she didn’t have MS at all, but, unfortunately something much worse. She was dying from stage 4 Ovarian cancer. Told she would survive until December of 2013, her “end of life date,” she resigned herself to conventional cancer treatments as her only hope.
Frustrated by her doctors’ lack of ability to help his mother, Cheryl’s son Justin, an honor roll student at George Elliot Secondary, made the decision to pursue medicine as a career in order to help save his mother, and he urged her to keep fighting until a cure could be developed.

“You feel like doctors should be able to provide the best to heal that person. In my mind that was when I made the decision that medicine was what I wanted to get into.” – Justin Pearson

As Cheryl prepared herself for a double-dose treatment of chemotherapy in 2013, a last-ditch effort by her oncologists, her husband began the process of obtaining legal medical cannabis as an alternative treatment, an option available to them under proper legal protocol. Cheryl, however, had never even smoked pot before, so the main problem was convincing a woman who thought of cannabis as street drug for criminals, or something of the like, to take the treatment.

“My wife is dead set against cannabis, doing something that she grew up to believe is criminal.” – Chris Pearson

A meeting with the head pharmacist for the Canadian Cancer Society convinced her that cannabis was a responsible option and that the science behind it was rather quite convincing.

“When I asked if it would work, he said there are no clinical trials but he advised us that three of the world’s largest pharmaceutical companies had applied for patents for synthetic forms of this specifically for the treatment of cancer, so there is obviously something to the concept.” – Chris Pearson 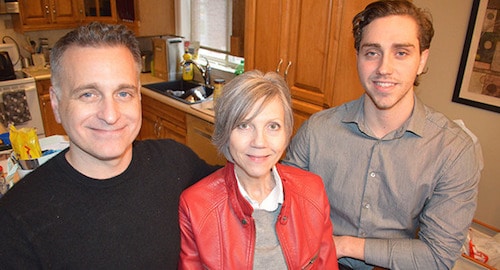 The Pearson family.
Her husband was able to convince her with information from additional friends who advised her of the work of Canadian Rick Simspon, known throughout the world for his pioneering work in the use of cannabis oil extracts to cure cancer and other chronic and terminal conditions. Simpson uses nothing more than a natural home remedy, cannabis oil.
It turns out Cheryl had an allergic reaction to her chemotherapy drugs, and her doctors were convinced all hope was lost. They told her and her family to prepare themselves for her imminent death, but with the will to live, an abundance of hope, and cannabis oil, she is still alive today.

After only five weeks of nothing but cannabis oil supplements, the family received a call from her oncologist with information about a current CT scan that had shown a ‘dramatic improvement’ in her liver, and a 25% reduction in her tumors. She went in for surgery to have the tumors removed, but as her husband noted in an interview:

“Both tumors were completely dead when they ran them through tests.” – Chris Pearson

Three months after her supposed “end of life date,” in March of 2014, she was officially in remission, and she feels certain that cannabis oil saved her life.

“I guess I never would have believed it—the results I saw from this plant… Initially I only thought you could smoke it and I was not going that route. I didn’t have the knowledge. I was just thinking it was a puff of smoke and if I have cancer I’m not going to add to it.” -Cheryl Pearson

The importance of sharing stories like this cannot be understated. Especially so at a time when cancer rates worldwide are on the rise and the cancer industry works feverishly to confuse people about the real causes and the real practical cures for cancer.
Celebrity stoner Tommy Chong also cured himself of cancer in recent years with the use of cannabis oil, and while cannabis may not be the best option for everyone suffering from cancer, cannabis as a medicine for many conditions is the future of natural health, and no longer can the medical establishment keep a lid on this wonderful medicine.

Take a look at this eye opening documentary about Rick Simpson’s cure, and please share this enlightening information far and wide.


About the Author
Phillip Schneider is a student and a contributing author to Waking Times.
Sources:
>http://www.lakecountrycalendar.com/news/373870571.html