The healing art of Reiki has been practiced and taught around the world for many years, with many believing its origins to be as ancient as those of humans themselves. With scientific research now emerging attesting to the ability of human thoughts, emotions, and intentions to affect the physical material world, an increasing number of scientists, quantum physicists in particular, are stressing the importance of studying factors associated with consciousness and its relation to our physical world. One of these factors is human intention.
Reiki essentially uses human intention to heal another person’s ailments. Practitioners usually place their hands on the patient in order to channel energy into them by means of touch. It can be roughly defined as using compassionate mental action and physical touch, energy healing, shamanic healing, nonlocal healing, or quantum touch.
The popularity of this practice is exemplified by the fact that, as of 2000, there were more ‘distant healers’ in the United Kingdom than therapists practicing any other form of complementary or alternative medicine, and the same goes for the United States. (Barnes PM, Powell-Griner E, McFann K, Nahin RL. Complementary and alternative medicine use among adults: United States, 2002. Adv Data. 2004. May 27;(343):1–19. [PubMed])
Quantum physicists have been advocating for the effectiveness of such treatment for some time. For example, Max Planck, the theoretical physicist who originated quantum theory — winning him the Nobel Prize in Physics in 1918 — stated that he “regards consciousness as fundamental” “and derivative from consciousness.” He also maintained that “everything that we talk about, everything that we regard as existing, postulates consciousness.”
Distant healing involves factors associated with consciousness.
Eugene Wigner, a well-known theoretical physicist and mathematician, emphasized that “it was not possible to formulate the laws of quantum mechanics in a fully consistent way without reference to consciousness.” Richard C. Henry, Professor of Physics and Astronomy at Johns Hopkins University, takes this idea even further in his article “The Mental Universe,” published in the journal Nature:
“A fundamental conclusion of the new physics also acknowledges that the observer creates the reality. As observers, we are personally involved with the creation of our own reality. Physicists are being forced to admit that the universe is a “mental” construction. Pioneering physicist Sir James Jeans wrote: “The stream of knowledge is heading toward a non-mechanical reality; the universe begins to look more like a great thought than like a great machine. Mind no longer appears to be an accidental intruder into the realm of matter, we ought rather hail it as the creator and governor of the realm of matter. Get over it, and accept the inarguable conclusion. The universe is immaterial—mental and spiritual.”
With so much evidence to support these ideas and with so many studies published on the subject, that this field remains the subject of ridicule to many in mainstream academia is simply baffling.
A study published in The American Journal of Chinese Medicine, as seen in the US National Library of Medicine, demonstrated that a women with special abilities was and is able to accelerate the germination of specific seeds for the purposes of developing a more robust seed stock. The study determined that this woman could induce plant seeds to grow shoots and roots several cm long within 20 min using mentally projected qi energy.
For a selected list of downloadable peer-reviewed journal articles reporting studies of psychic phenomena, mostly published in the 21st century, you can click HERE.

Did you know that clinical trials testing the effectiveness of DHI have been being conducted since the mid-1990s? Serious scientific inquiry has been ongoing and continues to this day, with both systematic and meta-analytic reviews being published, many of which have concluded that, with nearly half of all the published studies on this topic exhibiting statistically significant results, further study is desperately needed.
A number of studies involving DHI experiments using simple life forms and animals have also reported statistically significant results, which have been seen under randomized and blinded conditions which include enzymes, fungi, yeast, bacteria, cancer cells, red blood cells, fibroblasts, tendon cells, (tenocytes), and bone cells.

Hundreds of experiments in this area, which is closely related to DHI, have been conducted as well. DMILS is not concerned with healing, but rather with searching for measurable empirical evidence that A can affect B in any way, rather than if A can heal B.
These studies investigate the influence of A’s intention on B’s physiological state — a process referred to as “remote intention.” They further examine the influence of A’s attention on B’s physiological state while A gazes at B over a 1 way video link, called “remote staring.” Last but not least, they study the influence of A’s intention on B’s attention or behaviour, which is referred to as “remote helping.”
The effects of distant mental interactions are measured using electrodermal activity, heart rate, blood volume pulse, and electrocortical activity (EEG electrodermal activity, heart rate, blood volume pulse, brain blood oxygenation [MRI], and electrogastrogram [EGG]).
These studies have yielded remarkable results which have since been successfully repeated in laboratories around the world. 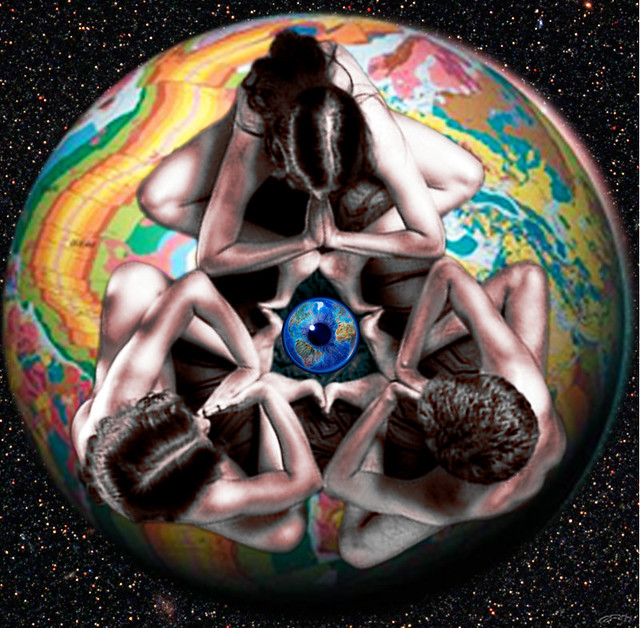 An Overview of the Scientific Evidence

DHI is very popular as an alternative healing method, but scientific experiments thus far have failed to produce clinical results which can be reliably assessed. As Dean Radin (Chief Scientist at the Institute of Noetic Sciences) argues:
The contradiction between persistent popularity and lack of clinical effectiveness may be due on the one hand to some healers, in some contexts, who do seem to produce remarkable outcomes, and on the other hand by conventional RCT protocols that may be incompatible with the nature of DHI phenomena. Tools must match the requirements of the subject, and if the right tools are not available, then new ones must be devised. In other words, it is inadvisable to use a sledgehammer to study the surface structure of a soap bubble.
On the other hand, DMILS experiments, which relate to distant healing, more clearly indicate the existence of genuine interactions between people at a distance. As Dean Radin explains, this offers up some challenges:
But the proof-of-principle offered by DMILS experiments more clearly indicates the existence of genuine interactions between distant people. This presents us with an evidence-based enigma worthy of serious consideration. However, for many researchers, the mere concept of distant healing continues to elicit significant resistance for two main reasons. The first is based on the assumption that “action at a distance” is impossible because it violates one or more physical or biological laws. The second is founded on the neuroscience-based assumption that the mind is identical to the brain, in which case it does not make sense to propose that the brain activity we call “healing intention” can interact with anything outside of the brain’s own body (source)
While it’s quite clear that healing at a distance hasn’t yet been proven scientifically, DMILS effects do indeed manifest shifts in physiological measures, lending credibility to reports of distant healing being successful. Dean Radin himself maintains that “the implications of DHI for basic science epistemology and ontology and for pragmatic efforts to improve health healing are vast, deep, and perennially intriguing.”

A Few Other Strange Reported Anomalies

I find it interesting to consider how much scientific investigation into ‘psychic’ phenomena has been conducted by the Department of Defense. In the United States, for example, they had Project Star Gate, which lasted more than two decades before being unexpectedly shut down. (source) One of the most popular projects within that program was remote viewing. According to a declassified report which has since been published in multiple journals:
To summarize, over the years, the back-and-forth criticism of protocols, refinement of methods, and successful replication of this type of remote viewing in independent laboratories has yielded considerable scientific evidence for the reality of the [remote viewing] phenomenon. Adding to the strength of these results was the discovery that a growing number of individuals could be found to demonstrate high-quality remote viewing, often to their own surprise. . . . The development of this capability at SRI has evolved to the point where visiting CIA personnel with no previous exposure to such concepts have performed well under controlled laboratory conditions. (source)
I just want to make it clear that psychic phenomena have been investigated at the highest levels of government, and probably still are. Who knows what information from these programs remains classified? And why do so many mainstream scientists criticize this research when scientists working at the highest levels of government are studying it?
This topic has piqued the interest of more than just Western intelligence agencies, as China also actively works to identify individuals with extended human capacities. For example, a paper published in the Peoples Republic of China (PRC) in September 1981 in the journal Ziran Zazhi (Nature Journal) tilted “Some Experiments on the Transfer of Objects Performed by Unusual Abilities of the Human Body” (Shuhuang et al., 1981) reported that ‘gifted children’ were able to teleport small physical objects from one place to another. (source)
A publication titled “Exceptional Functions of the Human Body” also makes some extraordinary claims, reporting highly accurate parapsychological effects, including clairvoyance, psychokinetic effects, and more. (source)
A report published in 2010 by retired research chemist Dong Shen describes an experiment involving mental teleportation of bits of paper out of a sealed plastic film container. Fascinatingly, these methods were taught to others with a success rate of 40 percent. (source)
“The results of the Chinese p-Teleportation experiments can simply be explained as a human consciousness phenomenon that somehow acts to move or rotate test specimens through a 4th spatial dimension, so that the specimens are able to penetrate the solid walls/barriers of their containers without physically breaching them.”  – Eric Davis, Ph.D, FBIS (source)
Source Used & Suggested Reading:
Distant Healing Intention Therapies: An Overview of the Scientific Evidence

All other sources are highlighted throughout the article.