Things about to get very interesting ~ Putin to Declassify Documents That Bear Some "Very Interesting Names" Tue Apr 05, 2016 9:07 pm

Putin to Declassify Documents That Bear Some "Very Interesting Names" 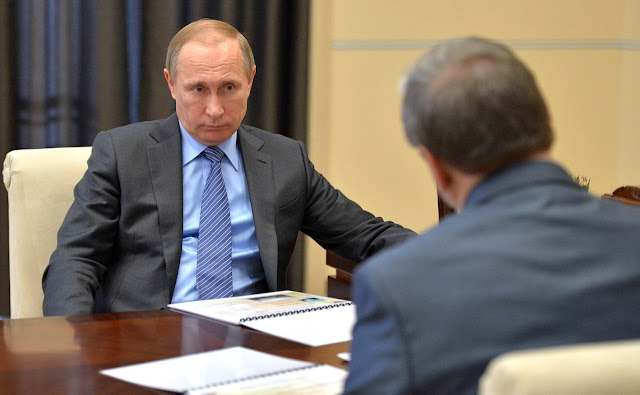 You brought it upon yourselves.


Yesterday's Panamanian crib notes immediately received a fitting answer. Guys who are receiving grants from Soros Foundation and the MacArthur Foundation, their owners, and other interested parties were thinking that they were taking part in a hunt for the beast. Well, well. This time they were made to play ping-pong, but they didn't even notice it. So naive are they... They scattered the documents around 80 countries and 400 paid journalists to deducted names and addresses. Well, at least one of them was from the CBP (Foreign Intelligence Service) and a couple hundred from the GRU...And they've got their punishment, not them, of course, but their owners.


The Russian President said that he has decided to declassify many archival documents, and that he will sign the decree today. And it was signed. Here: http://kremlin.ru/


And he quietly added: "This, as far as I know, according to the information from archive agencies, concerns the period from 1930 to 1989. In these documents there are cases, excuse me, of snitches as well as the innocently repressed, with very interesting names, some documents will surprise society..."


In fact, what is happening is a test for society and the President. He passed an exam for the "leader of the nation", and society - for the "superpower". I have no doubt, personally, of the result. And also no doubt on the number of political cadavers that will appear soon in stupid Europe, which thought that she was taking part in the hunt for the beast, whilst the ambush was prepared for her.