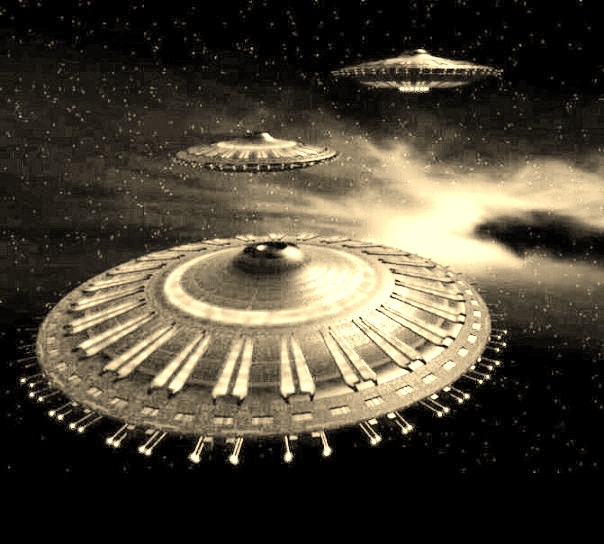 We have updated our database of sighting reports, as of this date, with the posting of 116 new reports, received since the afternoon of Thursday, March 24th, 2016.  In addition, the new posting includes reports that have been posted in the past, and which we have amended or corrected, for one reason or another, over the past week.

We have been unusually careful in our proof-reading of the new reports, but we always recommend that visitors to our website always be on the lookout for cases that are flawed, or which might be hoaxes.  In some instances, it is very difficult to detect all of the latter type report, although we attempt to label those cases that we believe are questionable, as to their veracity.

Peter Davenport, Director of NUFORC, will make his weekly appearance on Coast to Coast AM, hosted by George Noory, tonight, Friday, April 1st, 2016, at approximately 10:15 p.m. (PDT).  Some of the recent case Peter will discuss include the following:

·[size=9]         Salt Lake City, Utah, Friday, April 1st, 2016, @ 1:00 p.m. (MDT)—An adult male, age 74, was outside viewing the daytime sky, and admiring the “contrails” overhead behind high-altitude airliners, when his attention was drawn to approximately 70-80 (est.) white objects, seen maneuvering in the sky.  At first, the witness thought the objects might be geese or swans, or some other type of large white birds.  However, as they flew in the 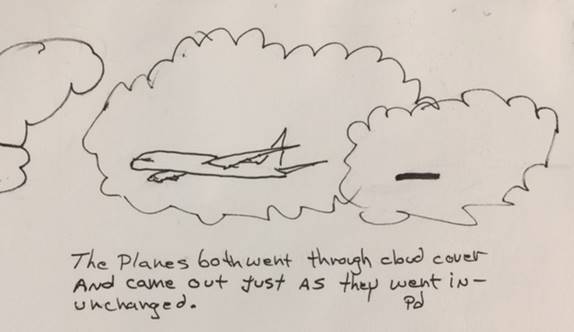 ·[size=9]         Tucson, Arizona, Monday, March 28, 2016 @ 12:30 p.m. (MDT)—An adult male, who describes himself as a former military pilot with thousands of hours of flight time, was sitting in front of his computer in his dining room, when the room suddenly became very dark.  His impression was that a very dark cloud was passing overhead, which was obscuring the sunlight.  He stepped outside, and witnessed an unusual and bright ball of light, which, according to the witness, performed some type of complex interaction with a nearby soaring hawk!  Witness Report[/size]
Posted on Friday evening, April 1st, 2016. 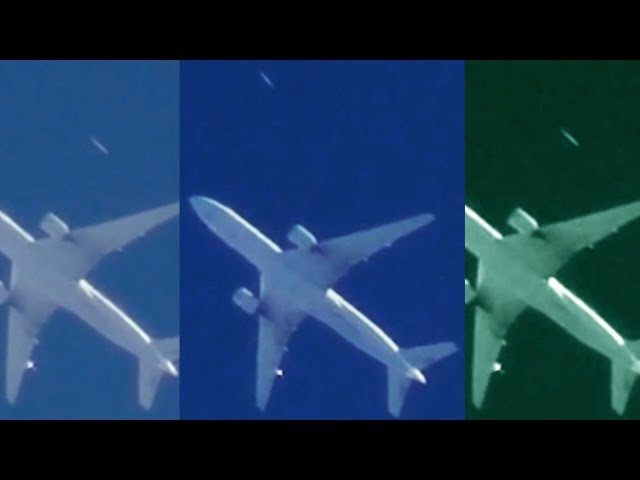 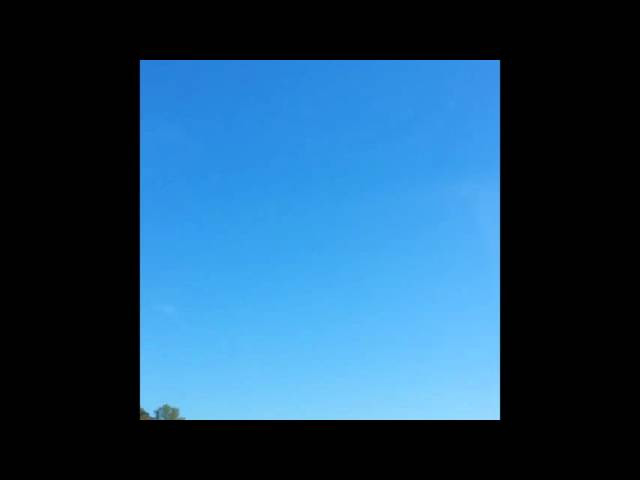 A few days ago, more UFO enthusiasts who hunt for space anomalies have witnessed the moment when an unidentified object slowly approached the International Space Station. The sighting would have easily be debunked as a lens flare but, as usual, NASA decided to cut the live feed, thus raising plenty of question marks.


This isn’t the first incident of its kind, as the ISS had similar encounters in the past, all of them ending abruptly with the “technical difficulties” message. This particular UFO appeared as a dim-grey light and lasted for only a few moments before slowly fading away. A different camera installed on the ISS offers another glimpse of the UFO, this time lasting considerably longer. Its shape cannot be precisely determined, but there’s no denial that the object is found in the vicinity of the station.
After NASA noticed the anomaly, they’ve decided to pop-up the “stand by” screen fearing that the peculiar object will reappear. After this moment, the camera is switched and the line of sight of the UFO is lost. If this was only a common phenomenon occurring in space, why would they cut the live transmission so briskly and only a few moments after the mysterious object made its presence noticed?

Two intriguing UFO sightings which occurred only one day from one another had the entire UFO community and media speculate on their origins. While one craft troubled the residents of Houston, Texas, the other one paid a swift visit to the International Space Station.


While most of you may already know of the massive UFO sighting seen over Houston, Texas in 2014, it’s likely that you’ve missed the follow-up of a similar UFO appearing near the International Space Station. In case this doesn’t sound familiar, I’ll recap the events in chronological order.
In 2014, a year rich in UFO appearances, a massive circular object made its presence noticed over Houston. When musician Andrew Pena was driving on the Interstate 45 freeway, a strange phenomenon caught his attention. He then immediately took his camera out and filmed what appeared to be an actual flying saucer. When he reached his house, he shared on twitter a few still shots from the video he had recorded.

The unidentified object’s size has been approximated at a substantial 50 feet in diameter. It had a perfect round shape along with multiple bright lights that changed color. The unusual object has been spotted 13 miles north of Johnson Space Center and Ellington Field where astronauts train on a daily basis.
Those images produced a massive stir inside the UFO community and among Houston residents. Opinions were split as many people considered the strange object to be a drone prototype or just the reflection of the street lights mounted on the freeway. However, subsequent images showing the UFO from different angles have diminished the above hypothesis. The considerable size of the object make it unlikely to be a drone, and the fact that it was also surprised over the city hints at an authentic craft of unknown origins. Was NASA testing their new toys? Or does this UFO have in fact extraterrestrial origins?

The video that you’re about to see will highlight the last mentioned probability. It surfaced the next day after the Huston sighting and this time it involved the International Space Station. The cameras installed outside captured an odd looking object with bright lights that strongly resembles the Houston UFO. Much of its shape remains cloaked but, judging after the lights which tend to illuminate a portion of the UFO’s hull, it could also reveal a circular design. So, could these two sightings be related to one another?

Most UFO analysts seem to think this way because there are a few similarities between the two objects, and the sightings occurred with only one day between them. The other question is – what could it actually be?
Since the flying object appeared near the Johnson Space Center and presumably went all the way up to the ISS, it could be a drone or spacecraft prototype designed by either NASA or the military. So why won’t they publically reveal their progress you might ask? Simply because there’s a big possibility of the government and military having black-budget programs that serve their hidden interests. After all, it is a well-known fact that the military and other elitist organizations possess technology that for us may seem ‘out of this world,’ and they may be using this science to develop secret facilities outside of our planet.
Other hypothesis claim the UFO is a spacecraft of extraterrestrial origins, since its circular design and lights remind of classic ET encounters reported throughout the years. However, with the rapid shift in technology, alien-like crafts and encounters are likely to be produced using human intelligence. In a timespan of about fifty years, planet Earth might change completely, both in architecture and the way we perceive life inside and outside the solar system. 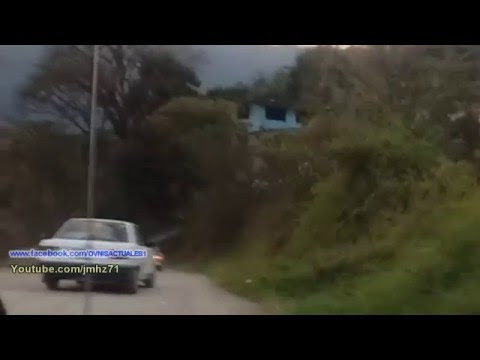 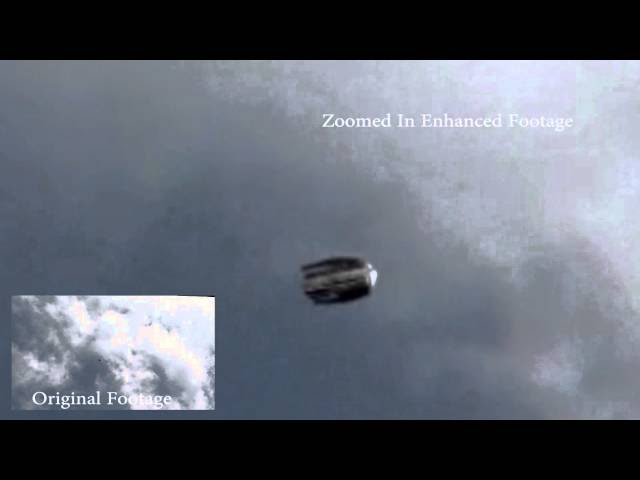 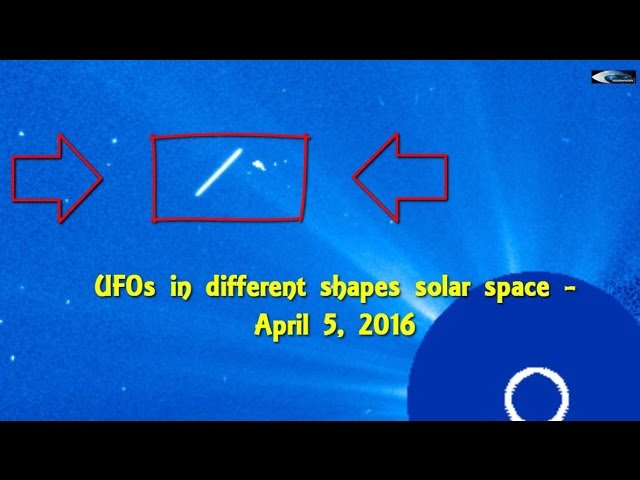