OUT OF MIND » THE INSANITY OF REALITY » ILLUMINATI AGENDA & WORLD DOMINATION » Zecharia Sitchin: Inventing the Nibiru and Annunaki Lie on Behalf of the Illuminati

Zecharia Sitchin: Inventing the Nibiru and Annunaki Lie on Behalf of the Illuminati

Zecharia Sitchin: Inventing the Nibiru and Annunaki Lie on Behalf of the Illuminati Wed Apr 06, 2016 8:23 am 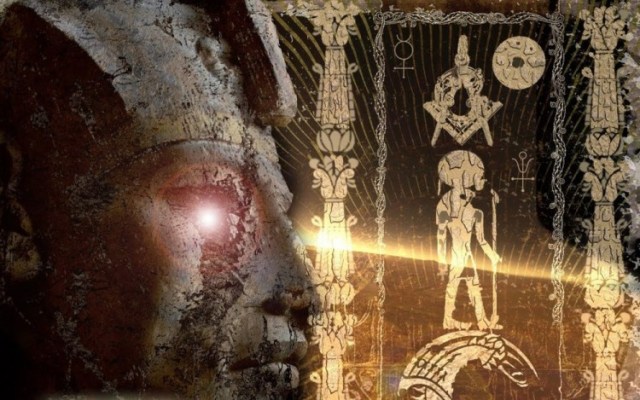 (Translation: Zur deutschen Version dieses Artikels)
Prove all things; hold fast that which is good.
But by their fruit you will know them.
It must have been around the infamous year 2003 that I ordered a book by Zecharia Sitchin – “The 12th Planet”. Absolutely innocent I was looking for information on Aliens and UFOs and stumbled upon the Zeta-Talk website (unbelievable, but this crap is still online!). This whole earth-cataclysm-pole-shift-armageddon scenario was very new and very shocking to me at the time, so by Sitchin’s work I planned to deepen my information on that subject. He is the one who introduced the ancient myths about Nibiru as Planet X and the alien visitors of the Annunaki. His claims are propagated all over the web, so I won’t reproduce them here.  Fortunately I never came past the first couple of pages – this stuff was just boring and with no scientific persuasive power. Now, almost a decade later and by the help of my friend Stefan from stevenblack.wordpress.com, I understand why my intuition hindered me from wasting my time with Sitchin. 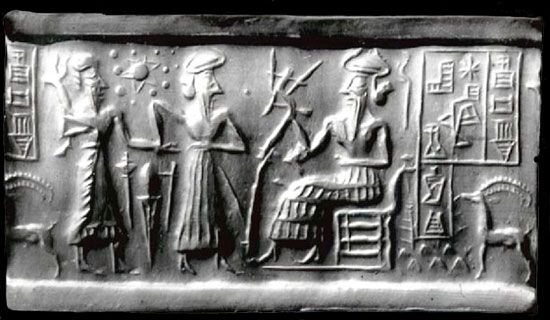 Sitchin’s self-introduction on the back of his books and on the internet always tried to imply that he had graduated in ancient languages and history. But the simple truth is:

At the time Sitchin wrote his books, there was absolutely no chance of correctly translating ancient Sumer without thoroughly studying this language and the ancient tablets for a long time, and surely not by studying Economic history! One of the most distinct and qualified critics of Sitchin’s thesis is Dr. Michael Heiser, M.A. and Ph.D. in Hebrew Bible and Ancient Semitic Languages. The scientific questions in his Open Letter to Sitchin from 2001 were never answered convincingly, nor will they ever be – not because Sitchin died in 2010, but because his claims were a complete hoax.

Zecharia Sitchin is not a scholar of ancient languages. What he has written in his books could neither pass peer review nor is it informed by factual data from the primary sources.
Likewise when Mr. Sitchin tells readers things like the Sumerians believed there were twelve planets, the Anunnaki were space travelers, Nibiru was the supposed 12th planet, etc., he is simply fabricating data. It isn’t a question of how he translates texts; the issue is that these ideas don’t exist in any cuneiform text at all.
Dr. Michael S. Heiser

To produce fake “scientific” research results and to invent another, most entertaining ancient astronauts story – this can have different motivations. Did Sitchin just try to copy Erich von Dänikens success by abusing the Sumerian sources that are only really known and “debunkeable” by a handful of people on this planet? Was it money, or did he even believe in his own theories?
To give another light on this question it is most interesting to dive into the real role the “London School of Economics”, where Sitchin studied, takes in the world of the powerful global elite, the dark cabal of the Illuminati/top Freemason/Zionists.
The London School of Economics is a part of “The City of London“, the financial and factual power center of the western world, owned and ruled by the Illuminati faction of the Rothschild’s, and serves as talent factory for their economic leaders. We can safely assume that most if not all of these students are initiated on various degrees of the local masonic lodges, their secret “knowledge”, their occult rituals and apocalyptic belief systems.

The Goal of the Nibiru and Annunaki Lie

As Armin Risi describes it in “TranscEnding the Global Power Game“, various secretive organizations have always believed in a coming political messiah that would run their planned world government / New World Order, stating of course that Jesus was not the announced messiah. Belief in alien Gods as well as etherial entities is a core component of their “secret knowledge” and rituals, as well as the key masonic and apocalyptic principal, “Out of Chaos Comes Order”. If we combine all these aspects of this brotherhood belief system, Zecharia Sitchin comes right out of this tradition: The apocalyptic planet Nibiru, the Annunaki, genetic masters and “Gods” of mankind.
I really cannot say if Sitchin was knowingly distributing these lies, or if he was just abused by masonic deceivers *. In their goal of creating a global atmosphere of Armageddon, the Illuminati made a clever move by injecting the tale of Nibiru into the UFO and New Age communities. As a blogger or YouTube author, you only have to include a word like Nibiru and you get immense hits and feedback from the scared audience. It’s shockingly easy to program our minds!
* Update: It’s proven that Sitchin was a high freemason, so he surely was not abused by them, but played a major part in distributing luciferian disinformation:

Even now that we know that Sitchin’s connection of the ancient astronouts theory with the Sumerians is a complete scam, this does not necessarily mean that all the parts of the message are wrong. But the pure fact that the Powers-to-Be started off with these stories should be evidence enough to be sceptical of its truths. – chaukeedaar
Source:
Zecharia Sitchin: Inventing the Nibiru and Annunaki Lie on Behalf of the Illuminati
Additional alternative information:
++ ANTON PARKS – EDEN
++ Anton Parks ~~ Sa’am and the Gina’Abul ~~
++ “The Truth About Enki”
++ Adams Calendar ~ Michael Tellinger

OUT OF MIND » THE INSANITY OF REALITY » ILLUMINATI AGENDA & WORLD DOMINATION » Zecharia Sitchin: Inventing the Nibiru and Annunaki Lie on Behalf of the Illuminati