A 10-member team composed of geologists, divers and archaeologists discovered –800 meters from the shoreline at a depth of around 30 feet– a 10-meter wall, the remains of stairs, and chiselled stone blocks scattered across the seabed, which dates back, at least, a millennium. 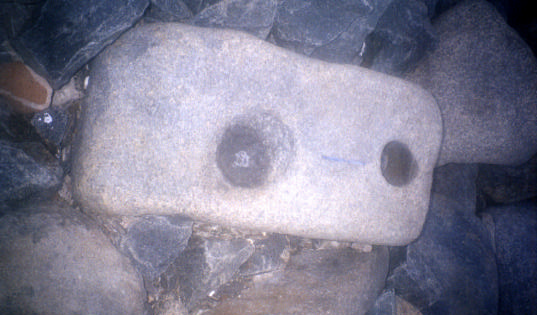 The underwater ruins are believed to date back at least a millennium.

In 2004, when the catastrophic Asian Tsunami occurred, ruins of a temple were spotted when the shoreline in Mamallapisam, India, receded. People reported seeing granite boulders in the area, just before they were swallowed once again by the sea as the water returned to normal. More than ten years after that, a group of researchers and divers confirmed what witnesses had seen over a decade ago, the remains of an extremely ancient port.

According to the Times of India a 10-member team composed of geologists, divers and archaeologists discovered –800 meters from the shoreline at a depth of around 30 feet– a 10-meter wall, the remains of stairs, and chiselled stone blocks scattered across the seabed. The group from the National Institute of Oceanography (NIO) came across evidence supporting the theory of the existence of legendary ancient monuments called the ‘Seven Pagodas of Mahabalipuram’. Interestingly, out of the alleged seven temples, only one –The Shore Tempple—remains visible in the coastline today.
The expedition, led by Rajiv Nigam, leading research of the marine archaeology unit of from the National Institute of Oceanography. In an interview with the Times of India, Nigam said that many of the structures were barely identified since they were covered with thick aquatic growth, and explained that “Some of them are badly damaged due to strong underwater currents and swells. However, we could make out that they were part of a building complex”. 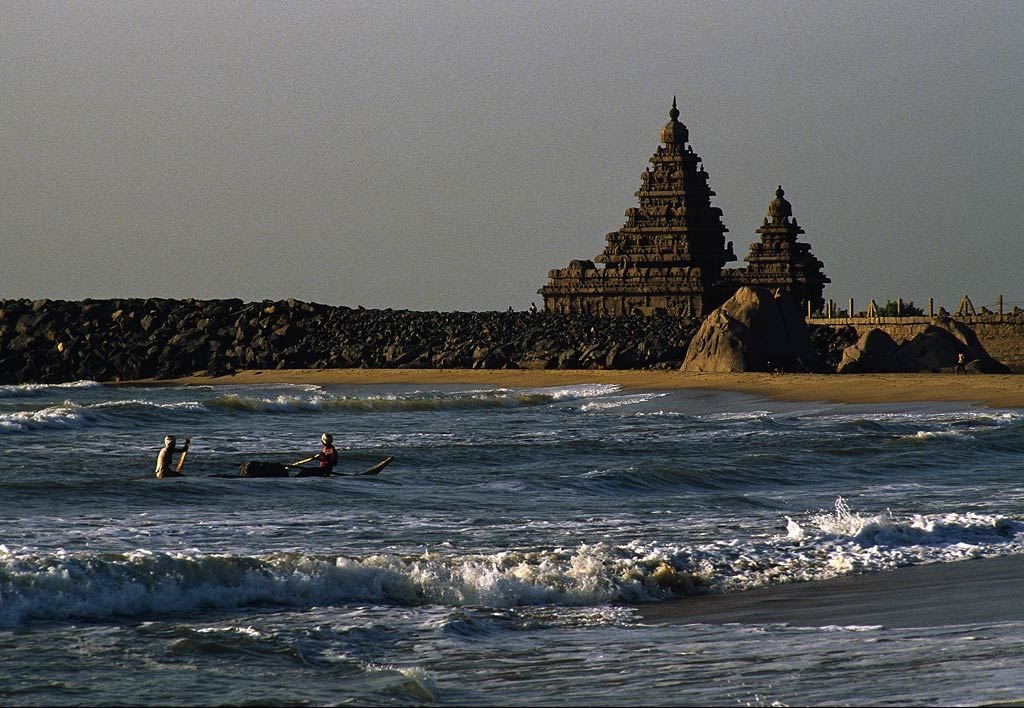 A major discovery of submerged ruins was made offshore of Mahabalipuram in Tamil Nadu, South India. The discovery, at depths of 5 to 7 meters (15 to 21 feet) was made by a joint team from the Dorset based Scientific Exploration Society (SES) and marine archaeologists from India’s National Institute of Oceanography (NIO) [Credit: Pinterest]

Nigam believes the structures date back, at least, a millennium and could be up to 1,500 years old. “We also found some brick structures, which were sighted more during the Sangam period (300 BC- 200 AD),” said Nigam, who participated in the exploration –together with the National institute of Oceanography– of the 9,000-year-old underwater town in the Gulf of Cambay, in the vicinity of Gujarat 15 years ago.

The research in 2001, explored the remains of a gigantic lost city located 36 meters under water. The ancient city was once 8 kilometers long and 3.5 kilometers wide, believed to be the oldest known remains of a city in the subcontinent.
“From the Gujarat experience, we know the sea level around 3,500 years ago was lower than what we see now. But 6,000 years ago it was higher. We wanted to see if the pattern is the same at other coasts,” said Nigam.

“We discovered that the row of large stones people had seen immediately before the tsunami were part of a 6ft-high, 70m-long wall. We also found remains of two other submerged temples and one cave temple within 500m of the shore,” added Dr.T. Sathyamurthy.
Researchers utilized sonar which allowed them to discover pottery, sections of a wall, sculptures, and even human remains which eventually turned up to be up to 9,500 years old.