David Cameron Faces Calls to Resign After Finally Admitting He Had Shares in Offshore Fund Fri Apr 08, 2016 10:00 am 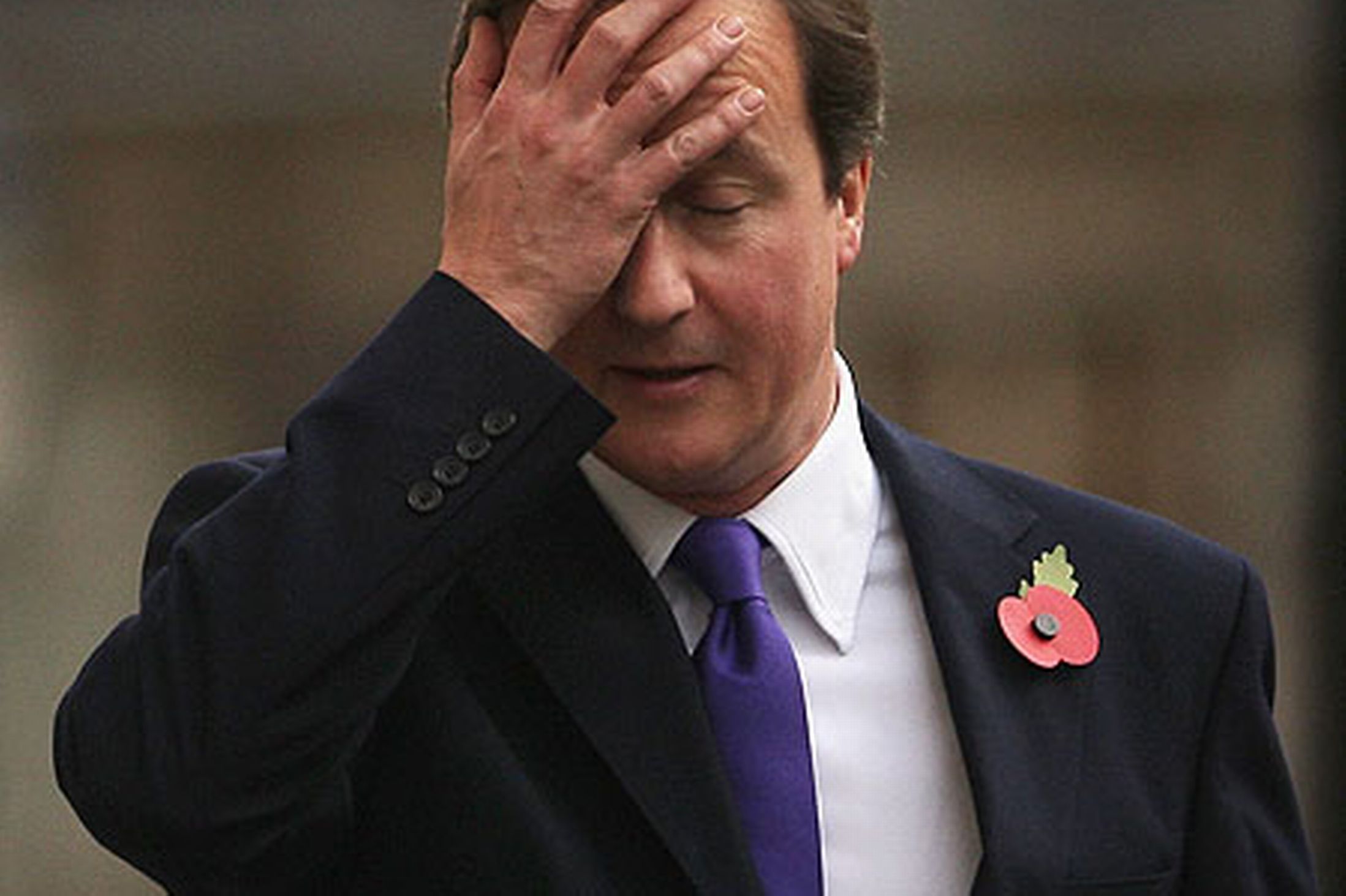 After a week in which he has been forced into making daily public statements, British Prime Minister David Cameron finally admitted in a TV interview on Thursday that he once had a stake in his late father's offshore trust, which was named in the Panama Papers.
Opposition politicians immediately called on him to resign for being "less than honest" with the British people, and demanded he publish full details of his tax arrangements immediately. The topic #ResignCameron was trending on Twitter on Friday morning.
Cameron told ITV News that he had owned shares in the Panamanian trust, Blairmore Holdings, but had sold them in 2010, before becoming prime minister.
"We owned 5,000 units in Blairmore Investment Trust, which we sold in January 2010. That was worth something like £30,000," he told the television channel.
"I paid income tax on the dividends. There was a profit on it but it was less than the capital gains tax allowance so I didn't pay capital gains tax," Cameron said.
Cameron was expected to publish his tax returns as soon as possible, said Sky News.
Related: Panama Papers Leak Taints David Cameron's Effort to Curb Massive UK Tax Avoidance
Cameron's late father Ian was among tens of thousands of people named in leaked documents from Panamanian law firm Mossack Fonseca which showed how the world's rich and powerful stash their wealth.
The firm specializes in establishing offshore companies, which could be used to avoid taxes, but there are several legitimate reasons for individuals and corporations to set them up.
On Monday, a Downing Street spokesperson said the Prime Minister's tax affairs were a "private matter." At a press conference on Tuesday, Cameron told reporters that he had "no shares, no offshore trusts, no offshore funds, nothing like that." A statement from a spokesperson later that day said "the Prime Minister, his wife and their children do not benefit from any offshore funds."
Questions were then raised about whether Cameron had ever benefited in the past from the fund or stood to inherit money from it in future. A statement was then released on Wednesday saying: "There are no offshore funds or trusts which the prime minister, Mrs. Cameron or their children will benefit from in future," adding it was now time for the prime minister's critics to "put up or shut up."
They didn't heed his advice, and the questions kept coming. Cameron at last bowed to pressure on Thursday and made the admission he had owned shares in Blairmore.
He immediately faced accusations of hypocrisy, given his repeated past statements about tax evasion being "morally wrong." There were also calls by the opposition for him to resign after being "less than honest" with the British public. Cameron had spoken "out of both sides of his mouth" in recent days, Shadow Work and Pensions Secretary Owen Smith told the BBC, arguing there were now "doubts about the prime minister's trustworthiness."
Business Minister Nick Boles said while with the benefit of hindsight it might have been better if Cameron had immediately acknowledged his former stake in Blairmore, but the important thing was that the prime minister had not broken any laws and had paid all his taxes. He told Radio 4's Today program it was understandable why Cameron had delayed his admission: "Taxation is a private matter in this country ... So I think he thought 'I know I've compiled fully with all of the tax laws and I don't like feeding this mill of preying on his father's memory.' And his father is not here to defend himself."
Follow VICE News on Twitter: @vicenews
Related: The VICE News Guide to the Panama Papers

» Why Are They FINALLY “Admitting” the Covid Vax Could Be Harmful?
» Newsom Faces Criticism After Admitting 12-Year-Old Daughter Not Jabbed Amid Own Push for Vaccine Mandate for Kids
» BREAKING: Petition Calls for Disgraced Al Franken to RESIGN IMMEDIATELY!
» Cancel Culture Media Calls for Rep. Marjorie Taylor Greene to Resign
» DB Cooper witness finally shares his story