OUT OF MIND » PLANET AWARENESS » ATMOSPHERIC CHANGES » SUSPECTED METEOR: Unease as ‘Mystery Stone’ Falls from the Sky in Taraba

SUSPECTED METEOR: Unease as ‘Mystery Stone’ Falls from the Sky in Taraba 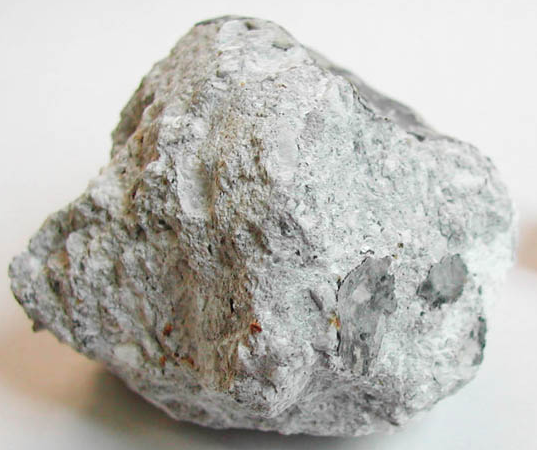 SUSPECTED METEOR: Unease as ‘Mystery Stone’ Falls from the Sky in Taraba
April 11, 2016


About 10:45 am on March 12, farmers and hunters in Tse-Agena area of Mbatyula in Takum local government area of Taraba State heard a loud sound from the sky and then an object, suspected to be meteorite stone, landed. The landing of the white object created panic.
Women and children were asked to vacate the farms immediately while men went to pick the object.
Mr. Shausu Agena, a farmer and an eye witness, said the object landed on a big tree in an empty farm land.
Agena, while speaking to Sunday Vanguard inside his hut in the village, said heavy sound accompanied the falling of the object from the sky.
The clan head of Mbatyula, Zaki Bem Tom, also disclosed that the object landed with a sound that was heard in several communities.
“It was in the morning. People were in their various farms when the object landed within our community. It was very shocking because some of us that witnessed it descending from the sky thought it was the end of the world,” Ben Tom said. “It took our brave men to go closer to the object so that we will know what it was. Initially when the object landed, it was pure white in color. Human faces were reflecting on the object like mirror. Then it turned pure black. “We have been living in fear because we don’t know what will follow”.
The village head said the community reported the incident to the state government immediately and the Director of Minerals Resources was sent to Mbatyla. “Before the official came, we had already removed the stone for safe-keeping and the person who kept the stone was not around when the Director visited.
Therefore, the Director could not see the stone.
“We are calling on government to commission a study of our area following the incident because we may be affected one day by nature”.
When contacted, Taraba State Commissioner for the Environment, Mrs. Rebecca Manasseh, pleaded with the community to release the stone to the state government so that it could study it. Rebecca, who spoke to Sunday Vanguard on phone, confirmed that the state sent its Director of Mineral Resources to the area after the incident was report to ascertain the nature of the ‘mystery stone’.
She promised that her ministry was ready to investigate the issue as soon as the stone was released to the state government.

OUT OF MIND » PLANET AWARENESS » ATMOSPHERIC CHANGES » SUSPECTED METEOR: Unease as ‘Mystery Stone’ Falls from the Sky in Taraba