But The “28 Pages” Are A HUGE
Red Herring 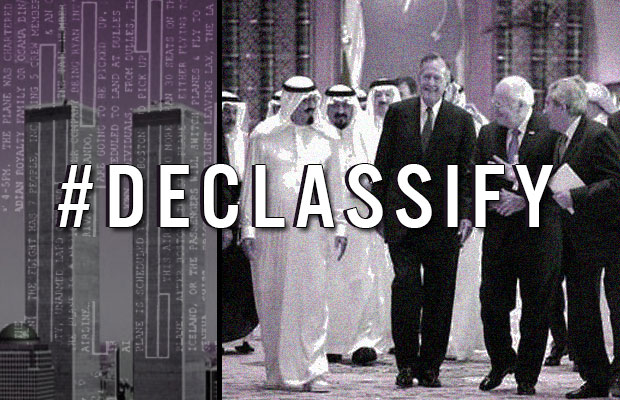 SOTN Editor’s Note:
Clearly the CBS 60 Minutes segment titled “28 Pages” is a huge red herring that deflects blame from the U.S. Federal Government (and Israel) for its integral role in the 9/11 false flags terror attacks in New York City and Washington, D.C.

The 9/11 black operation has been proven to be the “The Ultimate Inside Job And False Flag Operation” which could only have been executed with the direct participation of the U.S. Armed Forces, the CIA, the NSA, the DIA, the FBI, the NYC Police Department as well as an assortment of other organs of the U.S. Federal Government.

9/11 FACT: The Pentagon Was Hit By A Cruise Missile From The US Military Arsenal
The volumes of scientific, anecdotal and circumstantial evidence that has been made accessible on the Internet has indicted key officials in the Bush Administration, members of Congress, as well as among many other government officials who had to be in the know. At the very least, countless government personnel have participated in the ensuing and massive 15 year cover up.
That’s where the fraudulent 9/11 Commission Report comes in.  It gave all the co-conspirators plausible deniability because the “Final Report of the National Commission on Terrorist Attacks Upon the United States” ‘confirmed’ the patently false narrative that was quite purposefully planted throughout the entire mainstream media (MSM). Who else has the capability to implement and enforce such a complex and convoluted cover-up but the CIA & Company?
9/11 Commission Report: The Most Ridiculous Conspiracy Theory Of All Time
At the end of the day the American people can be assured that 9/11 is the lynchpin.  It is only a matter of when that lynchpin will be pulled.  Now that Saudi Arabia has been outed, it’s quite likely that Israel’s MOSSAD will soon be exposed for its role (See this exposé). Sooner or later the many involved Bush and Clinton Administration Neocon perpetrators will be properly apprehended for their high treason and state-sponsored terrorism perpetrated against the American people.[1]
9/11 Truth is the Lynchpin — It will be ‘pulled’ at the perfect time

Of course everyone now knows that the MSM has played the crucial role in the ongoing coverup.  That every single major news outlet has strictly run with the government 9/11 narrative indicates a premeditated coverup that is fastidiously coordinated from the very top levels of the World Shadow Government.  This is why the MSM will only reveal the truth when they are absolutely forced to—they, too, are stone-cold guilty of high treason and conspiracy to commit terrorism.
9/11 VERDICT: Mainstream Media Guilty Of The Biggest Coverup In US History
The 60 Minutes news story posted below can now be read in light of the red herring that it truly is.  Nevertheless, the nation is now one vital step closer to an all out 9/11 Truth blitz.
State of the Nation
April 10, 2016
Source
[1] The Neocon Zionists Must Be Arrested And Put On Trial For False Flag 9/11 Terrorism
Attachment:
CITIZEN’S INDICTMENT of the US Federal Government


Former Sen. Bob Graham and others urge the Obama administration to declassify redacted pages of a report that holds 9/11 secrets

CBS 60 Minutes
The following script is from “28 Pages” which aired on April 10, 2016. Steve Kroft is the correspondent. Howard Rosenberg and Julie Holstein, producers.
In 10 days, President Obama will visit Saudi Arabia at a time of deep mistrust between the two allies, and lingering doubts about the Saudi commitment to fighting violent Islamic extremism.
It also comes at a time when the White House and intelligence officials are reviewing whether to declassify one of the country’s most sensitive documents — known as the “28 pages.” They have to do with 9/11 and the possible existence of a Saudi support network for the hijackers while they were in the U.S. 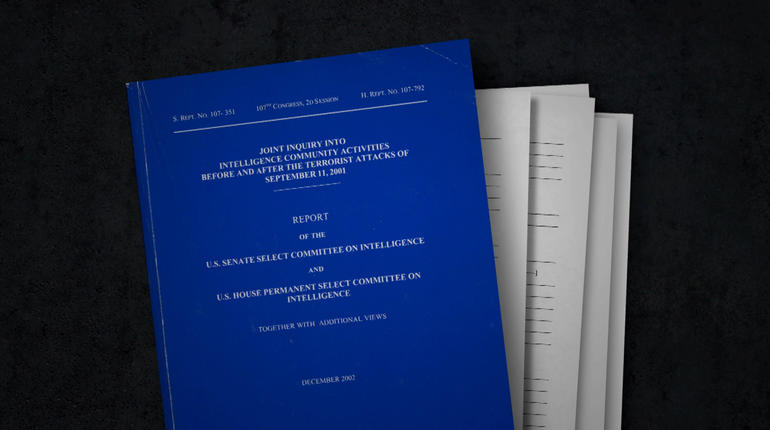 For 13 years, the 28 pages have been locked away in a secret vault. Only a small group of people have ever seen them. Tonight, you will hear from some of the people who have read them and believe, along with the families of 9/11 victims that they should be declassified.
Bob Graham: I think it is implausible to believe that 19 people, most of whom didn’t speak English, most of whom had never been in the United States before, many of whom didn’t have a high school education– could’ve carried out such a complicated task without some support from within the United States. 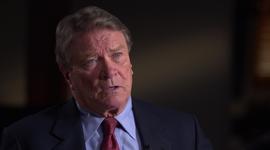 
HOW TO REPORT ON A TOP-SECRET DOCUMENT

Steve Kroft: And you believe that the 28 pages are crucial to this? Understand…
Bob Graham: I think they are a key part.
Former U.S. Senator Bob Graham has been trying to get the 28 pages released since the day they were classified back in 2003, when he played a major role in the first government investigation into 9/11.
Bob Graham: I remain deeply disturbed by the amount of material that has been censored from this report.
At the time, Graham was chairman of the Senate Select Committee on Intelligence and co-chair of the bipartisan joint congressional inquiry into intelligence failures surrounding the attacks. The Joint Inquiry reviewed a half a million documents, interviewed hundreds of witnesses and produced an 838 page report — minus the final chapter which was blanked out — excised by the Bush administration for reasons of national security.

“I remain deeply disturbed by the amount of material that has been censored from this report.”

Bob Graham won’t discuss the classified information in the 28 pages, he will say only that they outline a network of people that he believes supported the hijackers while they were in the U.S.
Steve Kroft: You believe that support came from Saudi Arabia?
Bob Graham: Substantially.
Steve Kroft: And when we say, “The Saudis,” you mean the government, the–
Bob Graham: I mean–
Steve Kroft: –rich people in the country? Charities–
Bob Graham: All of the above.
Graham and others believe the Saudi role has been soft-pedaled to protect a delicate relationship with a complicated kingdom where the rulers, royalty, riches and religion are all deeply intertwined in its institutions. 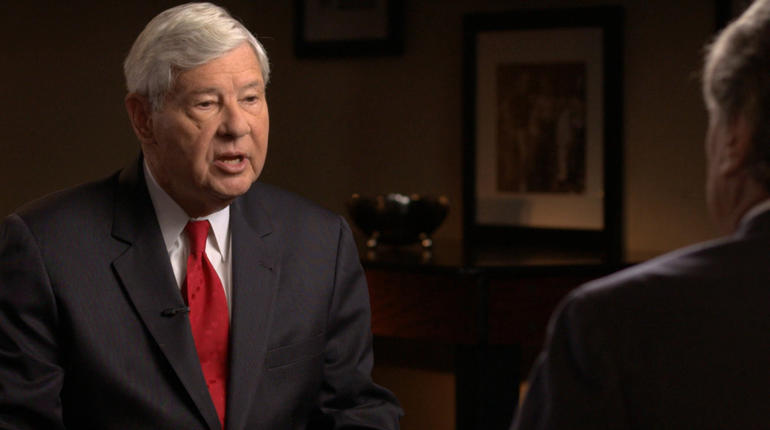