OUT OF MIND » DISCLOSURE » HISTORIES MYSTERIES » The Ancient Anunnaki, Nibiru, and Gold What Mainstream History isn’t Telling You

The Ancient Anunnaki, Nibiru, and Gold What Mainstream History isn’t Telling You

The Ancient Anunnaki, Nibiru, and Gold What Mainstream History isn’t Telling You Wed Apr 13, 2016 9:49 am

The Ancient Anunnaki, Nibiru, and Gold What Mainstream History isn’t Telling You
April 12, 2016 ·
Via Ancient-code

The existence of the ancient Anunnaki –An Extraterrestrial civilization that came to Earth in the distant past– has long been disputed by researchers, yet their existence and arrival to planet Earth is well documented in many ancient texts that mainstream history has completely ignored.
According to Zecharia Sitchin, the Anunnaki ‘Gods’ created humans as a slave species called “the Adamu,” the first modern humans to live on Earth. The first humans were the product of intelligent design by the Anunnaki 450,000 years ago when the Ancient Anunnaki genetically mixed their DNA with that of prehistoric man and that way obtained a labor force that allowed them to exploit earth’s natural resources.
Historically speaking, there are many similarities among ancient Sumerian texts and modern religious books such as the Bible. Could they have a similar origin? Some African cultures believe that extraterrestrial beings have been visiting the Earth for tens of thousands of years, for example, the Zulu legends speak of a time when “visitors from the stars” came to excavate gold and other natural resources. These mines were worked by slaves created by the “First People.“ 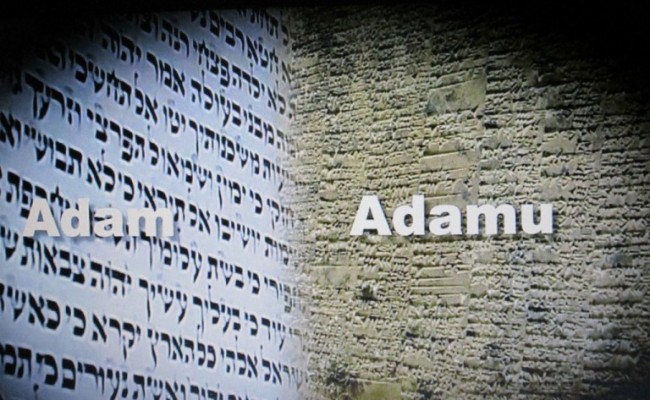 The story behind the Anunnaki – Those whom Anu sent from Heaven to Earth’ – is far more mysterious than anyone is willing to accept. In recent years, and mostly because of the Ancient Astronaut Theory – which proposes that Earth has been visited by advanced Alien civilizations from thousands of years – the truth behind the Anunnaki has gained much importance among millions of readers and viewers around the globe.
Evidence of the Anunnaki present in ancient clay tablets?
If the Anunnaki did exist, would we find evidence of their reign here on Earth? Well, according to ot many researchers, the evidence is abundant.
During excavations of the Biblical city of Nineveh, a team led by Austen Henry Layard discovered the ruins of the ancient Assyrian library of Ashurbanipal. Interestingly, one of the most important discoveries made during the excavation were a series of cuneiform tablets called the Enűma Eliš, or better known as “The Seven Tablets of Creation.” According to numerous researchers, the Seven Tablets of Creation tell the story about a group of gods called the Anunnaki who came from the heaven to create the human race.
The Sumerian King List is perhaps one of the most important ancient texts that perfectly describes a time in history where literally ‘Gods’ ruled for thousands of years. (Find out more about the Ancient Sumerian King List here.)
“After the kingship descended from heaven, the kingship was in Eridug. In Eridug, Alulim became king; he ruled for 28800 years. Alaljar ruled for 36000 years. 2 kings; they ruled for 64800 years.”
One of the most interesting details about the Sumerian King List is the fact that the earliest list, describes eight kings who ruled over Earth for a total of 241,200 years, since the original kingship had ‘descended from heaven’ all the way to the time of the ‘Great Flood’, which swept over the land and once more “the kingship was lowered from heaven” after the Flood.
The Great Flood according to ancient Sumerian accounts
Did you know that the earliest accounts of the Great Flood are found in ancient Sumerian texts? According to the ancient Sumerians, ‘Eridu’ –modern day Abu Shahrein, Iraq– was believed to have been the first city ever created, and was the home city of the great God Enki. The city is thought to have been founded circa 5400 BC.
The Eridu Genesis, which is thought to have been composed circa 2,300 BCE, is the earliest known account fo the Great Flood, predating the more popular Great Flood described in the biblical book of the Genesis. The Eridu Genesis is the tale where Utnapishtim was instructed by the gods to build a great vessel and gathers inside ‘the seed of life.’
In the book written by Thorkild Jacobsen, a renowned historian specializing in Assyriology and Sumerian literature, the creation of man is attributed to four Gods –the Anunnaki’:
“The ‘Eridu Genesis’…described the creation of man by the four great gods [the Anunnaki]: An [‘Sky’, the source of rain and most powerful of the gods], Enlil [‘Lord Wind’, the power in ‘Growing Weather’, creator of the hoe], Ninhursaga [‘Lady of the Stony Ground’, mother of wildlife], and Enki [rival of Ninhursaga]. After Nintur [Ninhursaga] had decided to turn man from his primitive nomadic camping grounds toward city life, the period began when animals flourished on earth and kingship came down from heaven. The earliest cities were built, were named, had the measuring cups, emblems of a redistributional economic system, allotted to them, and were divided between the gods. Irrigation agriculture was developed, and man thrived and multiplied. However, the noise made by man in his teeming settlements began to vex Enlil sorely, and, driven beyond endurance; he persuaded the other gods to wipe out man in a great flood. Enki, thinking quickly, found a way to warn his favorite, one Ziusudra. He told him to build a boat in which to survive the flood with his family and representatives of the animals.” –Thorkild Jacobsen, The Treasures of Darkness

Ancient Anunnaki mines? Is there evidence?
150 km west of Port Maputo in South Africa, we find what many people today refer as to one of the first, major Ancient Anunnaki Metropolises. According to initial tests, an area of over 1,500 square kilometers is evidence of the existence of giant, prehistoric cities, that belonged to an ‘unknown’ ancient civilization that inhabited the area in the distant past, at a time when mainstream scholars tell us, advanced civilizations did not inhabit Earth.
According to Michael Tellinger, one of the first researchers to investigate the ruins in South Africa, the finding is so incredible that it will need a complete paradigm shift in how we view our human history.
Tellinger proposes that the amazing ancient city is part of an even larger community with about 10,000 square kilometers and is believed to have been constructed 160,000 to 200,000 years before Christ.


Nibiru and Gold: Saving the Home Planet of the Ancient Anunnaki
However, what about Nibiru? Moreover, why did the ancient Anunnaki come specifically to Earth in the distant past?
In 1976, the late Zecharia Sitchin raised a controversy with the publication of his book “The Twelfth Planet”. In this and subsequent books, Sitchin presented his translations of ancient Sumerian texts which tell an incredible story regarding the origins of humanity on Earth, stories that are completely different to those that most of us learned in school.
Nibiru is the mythical planet located in the outer reaches of our solar system. It is the giant home planet of the Anunnaki, and it was doomed, and the only thing that could save the planet was gold.
Sitchin hypothesized that “the Anunnaki” came from Nibiru –which has a 3,600-year elliptical orbit– to mine Gold on Earth. The planets minerals and resources were depleting, specifically Gold. The Anunnaki’s home planet needed gold in the atmosphere which was disappearing so they came to our planet to mine gold and take it back to their home planet. 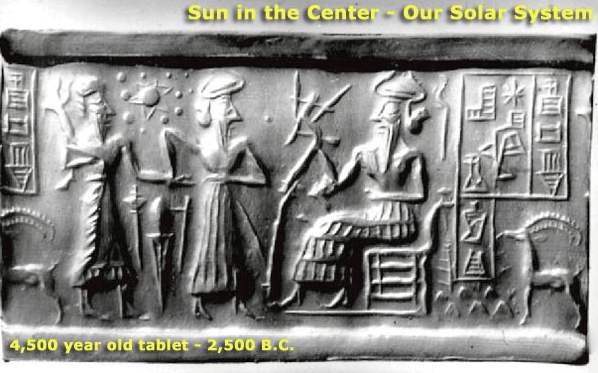 Did you know that Gold reflects infrared light? Infrared is the light you do not see it, but in fact, interact with it in the form of heat, the radiation interacts with our molecules and that makes them vibrate faster, and you’ll feel that as heat, gold also makes an excellent heat shield, partly because it is quite malleable.
Better yet, you can make gold very thin; it is easy to work with, and it has excellent properties for reflecting and heat protection making it indeed the only metal that is proven to last the test of time, we can say that Gold is indestructible. Ancient civilizations used it thousands of years ago in figures and some of them in buildings, anything that was made out of gold– thousands of years ago still exists today.
Not only in ancient Sumeria, but ancient civilization across the globe had a very special place for gold in their society.
Are the stories about the ancient Anunnaki just ancient mythology? Are they a real extraterrestrial race that has visited Earth thousands of years ago? What do you think? Is there enough evidence to support the Ancient Alien theory about this extraterrestrial race? You decide!

OUT OF MIND » DISCLOSURE » HISTORIES MYSTERIES » The Ancient Anunnaki, Nibiru, and Gold What Mainstream History isn’t Telling You