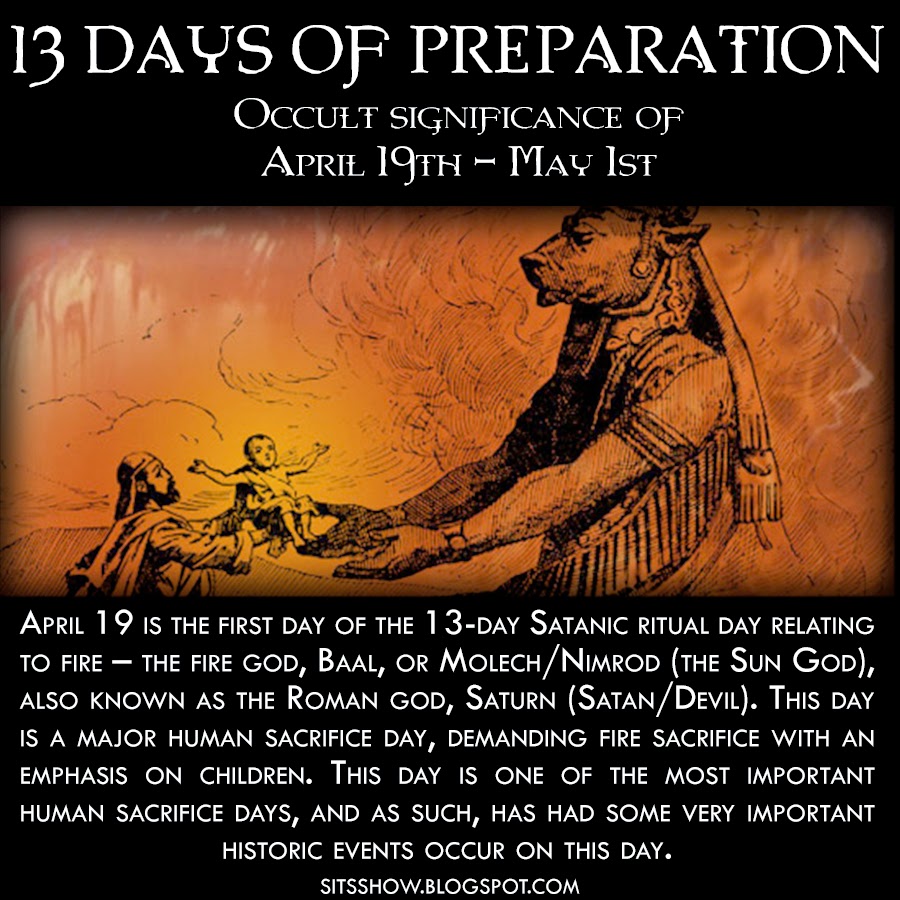 There are various occult (hidden) days of significance throughout the calendar year which have special importance. From March 22nd to May 1st is known as the 'season of sacrifice,' which as a period of time when many false flag events have occurred.

All of this underscores the importance of knowledge. What is hidden can only remain so if we never look. The illusionists trick can only be experienced as real if we do not gain awareness of it. Help others see the truth by sharing it with those who do not know.

Knowledge is the only true immunization against fraud, deception and manipulation.

Related: Why You NEED To Understand the Occult | De-Mystifying the Occult Seminar - The Nature of Sacred Symbolism and Hidden Knowledge by Mark Passio 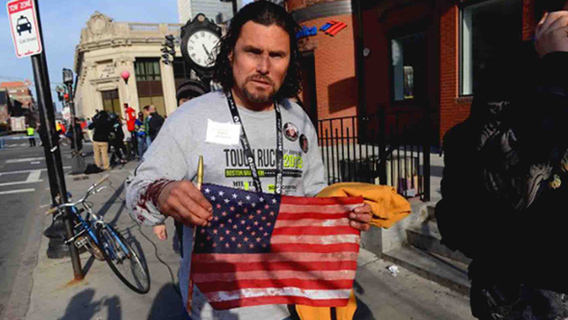 Why do we often witness tragedy and senseless deaths during the second half of April? The list of violent events that occurred during this time period is simply staggering. Here are some of them:

There were many other violent occurrences that happened during that time period. In fact, CNN published an article in 2011 titled What is it about mid-April and violence in America?, discussing the events that occur in Mid-April. Sadly, the article only bashed “conspiracy theorists” and basically said “If you look for answers further than mass media, you are crazy and potentially dangerous”. However, two years later, the violent trend continues.
Is it all a coincidence? For those in the know, there are no such thing as coincidences. In 2011, I wrote an article about the death of Bin Laden, announced between April 30th and May 1st (see Why the Death of the Man Who Was Not Behind 9/11 Was Announced on May 1st). In that article, I briefly described the ritualistic significance of May 1st (May Day) and its relation to a god that is still important for to the occult elite: Baal.

The Cult of Baal Never Disappeared

Throughout many centuries and across many civilizations, the second half of April has always been a time of blood sacrifice. The worship of Baal took many names (Enlil, Molech, etc.) and spread across several civilizations. Being a sun god and a god of fertility, rituals celebrating Baal took place after the vernal equinox (a time of rebirth) and often involved human sacrifice. 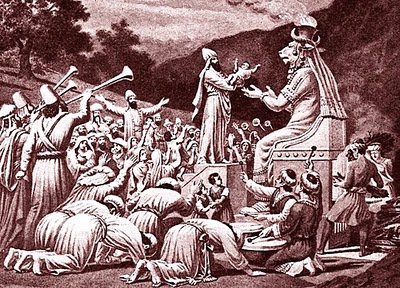 “The cult of Baal celebrated annually his death and resurrection as a part of the Canaanite fertility rituals. These ceremonies often included human sacrifice and temple prostitution.”
– Baal, Encyclopedia Mythica

Related (Updated) The Temple of Baal (Bel) Coming to London and Later to New York (Occult Analysis) | The Resurrection of Ba'al (Moloch, The Golden Calf) Ritual

Although the observance of these rituals was sometimes condemned by religious movements, it never truly disappeared.

“The religion of the god Baal was widely accepted among the ancient Jews, and although it was put down at times, it was never permanently stamped out. Kings and other royalty of the ten Biblical tribes worshiped the god. The ordinary people ardently worshiped this sun god too because their prosperity depended on the productivity of their crops and livestock. The god’s images were erected on many buildings. Within the religion there appeared to be numerous priests and various classes of devotees. During the ceremonies they wore appropriate robes. The ceremonies included burning incense, and offering burnt sacrifices, occasionally consisting of human victims. The officiating priests danced around the altars, chanting frantically and cutting themselves with knives to inspire the attention and compassion of the god.”
– Ibid.

As a sun god, Baal’s worship involved human sacrifice and fire. Today, in the occult-elite ruled America, this time period often equals fire (or gun fire) and death. These rites were even mentioned in the Bible:

“They have built the high places of Baal to burn their children in the fire as offerings to Baal–something I did not command or mention, nor did it enter my mind.”
– Jeremiah 19:5

From the Babylonian, Assyrian and Phoenician civilizations of the Middle-East (their Mystery religions come from the same point origin), the cult of Baal spread to distant civilizations, such as the Celts, who observed Beltane rituals on May 1st (Beltane originates from the word “Baal”). While the observance of Baal rituals differed from one civilization to another, they were nevertheless grounded in the same occult concepts of numerology and sacrifice. In other words, they were all tapping into the same magickal knowledge.
Today’s occult elite still observes these rites, but with one major difference: They are now carried out on unsuspecting civilians and spread across the world through mass media. Fed and amplified by the fear and trauma of the masses, these mega-rituals are seen by all, but only celebrated by the occult elite. More than ever, we are dealing with Black Magick.
Other sites dedicated to occult numerology have published information emphasizing the importance of this time period.

“April 19 – May 1 – Blood Sacrifice To The Beast, a most critical 13-day period. Fire sacrifice is required on April 19.
April 19 is the first day of the 13-day Satanic ritual day relating to fire – the fire god, Baal, or Molech/Nimrod (the Sun God), also known as the Roman god, Saturn (Satan/Devil). This day is a major human sacrifice day, demanding fire sacrifice with an emphasis on children. This day is one of the most important human sacrifice days, and as such, has had some very important historic events occur on this day.”
– Occult Holidays and Sabbaths, Cutting Edge

Another article briefly describes the elements required to carry out the elite’s mega-rituals.

“The human sacrifice required during many of these occult dates needs to contain the following elements, each one of which is exaggerated to the highest possible degree:
1. Trauma, stress, and mental anguish, sheer terror
2. The final act in the drama should be destruction by a fire; preferably a conflagration.
3. People must die as human sacrifices, especially children, since The Darkness views younger human sacrifice as most desirable”
– Advent of Deception

Of course, not every event that occurs during that time period is related to Illuminati human sacrifice. However, most of the events mentioned above fit right in the mega-ritual “criteria” checklists. If you look carefully at the facts surrounding each one of these events, you might conclude that they were either carried out by government officials or blamed on mind-controlled patsies. Most of these events are absurdly gratuitous, generating even more trauma and causing people to wonder “what kind of evil people would do such a thing?” Unfortunately, these evil people rule us, and the same events are then used to further extremist political agendas.

The powers that be have become masters at combining pragmatic politics with occult rituals.

Those who know about occult calendars enter the second half of April wondering if something horrific is about to happen. Sadly, every few years, it does, and the public is traumatized with a senseless and violent event. Almost every time, a closer look at the event leads to strange and suspicious facts, and, more often than not, hints towards an inside job. While many will ascribe the occurrence of these events during the end of April to coincidence, the fact remains:  Mass violent events involving death and fire happen regularly during the same time period that is occultly dedicated to Baal, who is worshipped through fire and human sacrifice. Whether this is all done on purpose or just the result of some crazy universal synchronicity, the fact is still there and cannot be disputed.

Incidentally, the compound that was burned down in the 1993 Waco Massacre was named Mount Carmel Center. In the Bible, Mount Carmel was where Elijah defied the prophets of Baal, challenging them to pray to Baal until he lit a fire in front of them. No fire was lit. Was the fire at Mount Carmel Center a symbolic revenge of Baal?

The 13 days prior to and including May Day (April 19th- May 1st) consist of fire sacrifices to Moloch (aka Ba’al, Nimrod, Saturn, etc.), starting on April 19th. Knowing there are links of sacrificing children through fire to these pagan gods in our past, there is a disturbing coincidence of some mass murders committed in this time period involving fire and children. This includes the fire at the Branch Davidian Complex in Waco, Texas on April 19th, 1993, and also the Oklahoma City tragedy on April 19th, 1995. In fact, Timothy McVeigh cited the Waco incident in his reasons for committing the bombing at the Alfred Murrah Federal Building. Could these incidents all be tied together with the sacrifices to Moloch in the valley of Gehenna? The Oklahoma City National Memorial was dedicated on the same date of April 19th, 2000 as well to commemorate the victims and annual services are ritually held at the same time and day annually (9:02 AM).  To add one more link into the mix, Tamerlan Tsarnaev (one of the Boston Marathon bombings suspects) was shot and killed on April 19th, 2013.
Beltaine festival is celebrated starting on April 30th, and is the final celebration before May Day. It is the halfway point between the spring equinox and summer solstice, and considered one of the four big annual occult festivals. This holiday marks the beginning of the summer season and bonfires would be started as a ritual for protecting crops and people, and the flames were symbolic of the sun. The occult worship of the Triple Goddess is celebrated here as the Earth Mother phase is back in her full glory, depicted as Gaia (the fully mature mother of earth):

The bonfires were previously called “bailfires” referencing fires for the god Moloch, aka Ba’al. So, in essence we could call them “Ba’alfires.” Again, we see the sacrifice of children to this occult god Ba’al being played out in different forms.

The May pole dance features a male phallic pole with the couples dancing around in a circle (representing the female sexuality), and is yet another symbol of fertility for Mother Gaia. Theorists claim that the British Royal House of Windsor lights a Beltaine fire every year to honor the festival. It should also be noted that Adolf Hitler committed suicide on April 30th, 1945, and his remains were burned at his request, suggesting that he wanted to be a sacrifice to Ba’al as well.
_________

» Understanding the Occult Holiday of April 30th "May Day Eve" and May 1st "May Day
» Whole plates shifting in one days time -- Major seismic unrest due next several days
» Astronaut Peggy Whitson 666 Days In Space & 33 Days on the Moon Hoax - NASA Knows The Earth Is Flat
» The Next 10 Days Are A.A. Michael Initiation Days
» April 19th Update, Dave Schmidt, The Sedona Connection