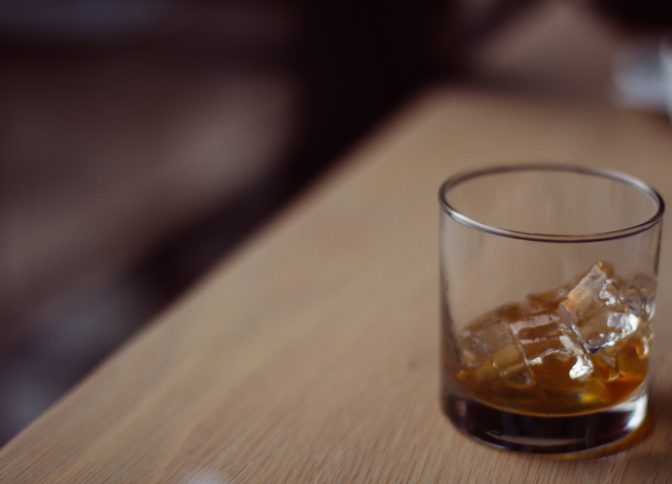 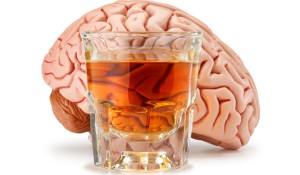 Chemicals within cannabis have powerful antioxidant properties, and scientists believe this can protect the brain from damage. Too much alcohol can lead to permanent brain damage, among other things. A recent study from the University of Kentucky and the University of Maryland concluded that a chemical in marijuana called cannabidiol (CBD) could be used to prevent alcohol-induced brain damage. The study was published in September of 2013 in the journal Pharmacology Biochemistry and Behavior. (1)
The study outlines how excessive alcohol consumption results in neuro-degeneration as well as behavioral and cognitive impairments that are hypothesized to contribute to the chronic and relapsing nature of alcoholism. As a result they aimed to study the transdermal delivery of cannabidiol (CBD) for the treatment of alcohol-induced neuro-degeneration. At the conclusion of the study, results demonstrated the feasibility of using CBD transdermal delivery systems for the treatment of alcohol-induced neurodegeneration.(1)
Just like THC, CBD is another chemical found in marijuana, the difference is that it doesn’t get you ‘high.’ Both chemicals are strong antioxidants.

The authors note that CBD acts as a stronger antioxidant than many well-known antioxidants. This new study was done on rat models, using both a skin patch and regular needle injection. Both methods produced similar magnitudes of neuroprotection, approximately 50 percent. Further studies need to be done here before human trials can begin. It’s surprising that human trials have yet to begin, it seems they should have began ages ago. Year after year we have credible published studies showing the clear link between cannabis and a healthy body environment.
The potential health benefits of cannabis are overwhelming, and potentially very threatening to the pharmaceutical industry. It is a shame that despite all of the evidence supporting the medicinal properties of this plant, it still has a negative connotation within the mainstream. Nobody can deny it’s medicinal benefits, and given the tremendous amount of information and research to support it, it seems pretty clear that this plant is a natural miracle.
Things seem to be changing, however. Last week, a European based pharmaceutical company called GW pharmaceuticals announced that they are set to commence its first ever phase of clinical trials for the treatment of brain cancer. You can read more about that here.  A couple of months ago, I wrote an article presenting 20 medical studies that prove cannabis can cure cancer; I’ve presented them in this article (see below). If we want to stay on the topic of brain damage, dozens of studies have shown the potential benefits of cannabis on damaged brain tissue. A study published in the Journal of Clinical Investigation revealed that cannabinoids promote embryonic and adult hippocampus neurogenesis. (2) The list goes on and on, and it seems to be never-ending, especially when it comes to cannabis and the brain. If you  would like to know more there is plenty of  information that’s readily available.
Contrary to popular belief, smoking the Cannabis is not the most effective way in treating disease within the body as therapeutic levels cannot be reached through smoking. Creating oil from the plant or eating the plant is the best way to go about getting the necessary ingredients which are the Cannabinoids. Also, when Cannabis is heated and burnt it changes the chemical structure and acidity of the THC. This changes its ability to be therapeutic and anytime you burn something and inhale it, you create oxidation within the body which aids in free-radical production.
Humanity does not need to wait for a pharmaceutical company, or the medical industry to ‘OK’ its use for medicinal purposes. We constantly look towards these corporations for methods, approval and availability. This is something we can take into our own hands, the information is out there and if it’s something you feel can be of benefit you are free to try it.  For medicinal use, it should be non-GMO, grown without pesticides and completely natural. In the hands of a pharmaceutical company, or future pill form, it might be hard to trust.
Below are links to more studies with regards to cancer and cannabis. (20 out of many more)

1.  A study published in the British Journal of Cancer, conducted by the Department of Biochemistry and Molecular Biology at Complutense University in Madrid, this study determined that Tetrahydrocannabinol (THC) and other cannabinoids inhibit tumour growth. They were responsible for the first clinical study aimed at assessing cannabinoid antitumoral action. Cannabinoid delivery was safe and was achieved with zero psychoactive effects. THC was found to decrease tumour cells in two out of the nine patients.
2. A study published in The Journal of Neuroscience examined the biochemical events in both acute neuronal damage and in slowly progressive, neurodegenerative diseases. They conducted a magnetic resonance imaging study that looked at THC (the main active compound in marijuana) and found that it reduced neuronal injury in rats. The results of this study provide evidence that the cannabinoid system can serve to protect the brain against neurodegeneration.
3. A study published in The Journal of Pharmacology And Experimental Therapeutics already acknowledged the fact that cannabinoids have been shown to possess antitumor properties. This study examined the effect of cannabidiol (CBD, non psychoactive cannabinoid compound) on human glioma cell lines. The addition of cannabidiol led to a dramatic drop in the viability of glioma cells. Glioma is the word used to describe brain tumour.  The study concluded that cannabidiol was able to produce a significant antitumor activity.
4. A study published in the journal Molecular Cancer Therapeutics outlines how brain tumours are highly resistant to current anticancer treatments, which makes it crucial to find new therapeutic strategies aimed at improving the poor prognosis of patients suffering from this disease. This study also demonstrated the reversal of tumour activity in Glioblastoma multiforme.


9. A study published in the journal Oncogene, by Harvard Medical Schools Experimental Medicine Department determined that THC inhibits epithelial growth factor induced lung cancer cell migration and more. They go on to state that THC should be explored as novel therapeutic molecules in controlling the growth and metastasis of certain lung cancers.
10. A study published by the US National Library of Medicine by the Institute of Toxicology and Pharmacology, from the Department of General Surgery in Germany determined that cannabinoids inhibit cancer cell invasion. Effects were confirmed in primary tumour cells from a lung cancer patient.  Overall, data indicated that cannabinoids decrease cancer cell invasiveness.
11. A study published by the US National Library of Medicine, conducted by Harvard Medical School investigated the role of cannabinoid receptors in lung cancer cells. They determined its effectiveness and suggested that it should be used for treatment against lung cancer cells.

18. A study published by the US National Library of Medicine results show cannabinoids are potent inhibitors of cellular respiration and are toxic to highly malignant oral Tumours.

19. A study published by the US National Library of Medicine determined that that THC reduces the viability of human HCC cell lines (Human hepatocellular liver carcinoma cell line) and reduced the growth.