The Palermo stone is one of the most important ancient Egyptian texts describing the Predynastic rulers of Ancient Egypt, who reigned over the land of the Pharaohs for hundreds of years before the arrival of the first ‘human’ Pharaoh Narmer (Menes).

People around the world have been fascinated with the idea that in the distant past, advanced extraterrestrial civilizations visited Earth and helped kick-start advanced life on our planet. This idea, however, is firmly rejected by many people who believe that no such thing ever happened, despite the fact that there are numerous discoveries that point to a very different human history, contradicting what mainstream scholars are suggesting.
Numerous ancient texts, depictions, and monuments have been interpreted as evidence supporting the Ancient Astronaut Theory. Moreover, millions of people have remained open-minded about the possibility that our civilization is not the first to call planet Earth their home.
Around the world, researchers have discovered numerous artifacts which point towards the possibility that history, as we have been told, is inaccurate, and that there are multiple parts of history which have been purposely distorted.
While this idea remains a controversial subject, and many people are against that notion, certain ancient texts, like the one, found written on the Palermo stone, could be the ultimate evidence we have been looking for all this time.
The Palermo stone, commonly known as the Royal Annals, is one of the most important sources for the study of the ancient Egyptian civilization, and its extensive history on Earth.
The stone obtained its name from the Palermo Archaeological Museum in Sicily where one of the largest fragments is housed. Other parts of this important piece of ancient Egyptian history can be found in the Egyptian Museum in Cairo, and the Petrie Museum in London. The stone its isn’t in perfect condition since only a few fragments have been recovered, and many are very damaged.

While the exact date of the creation of the Palermo stone remains a mystery for scholars, the most widely accepted date is believed to be the Old Kingdom, in the twenty-fifth century B.C.
Sponsored by Revcontent 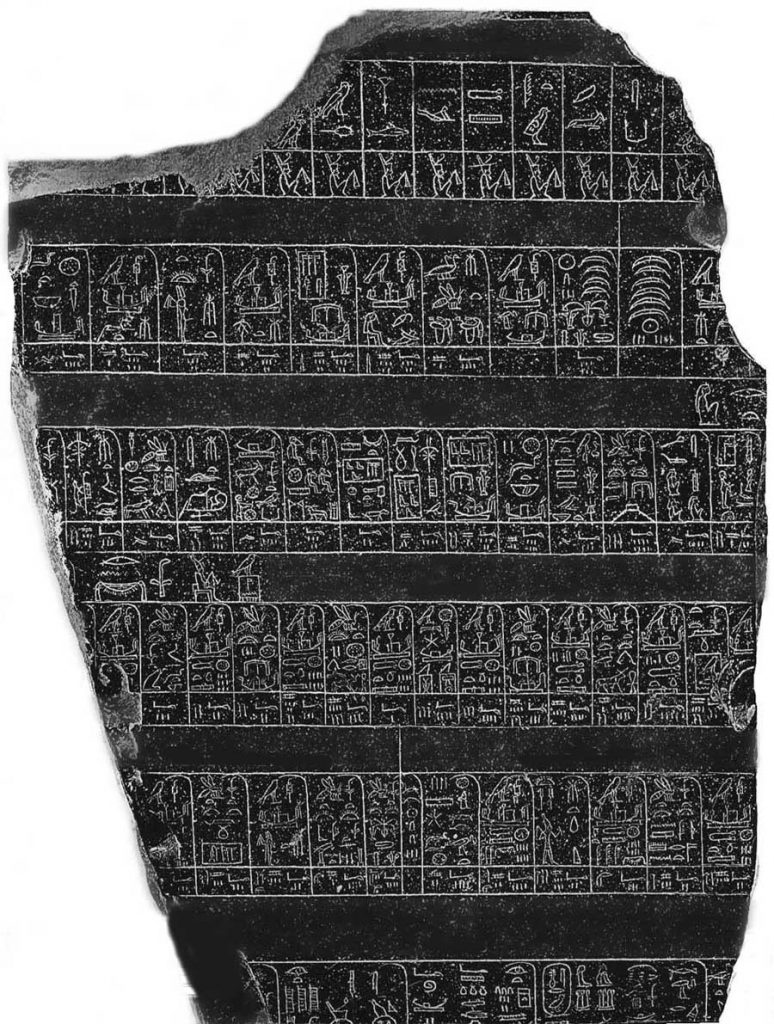 What makes it so unique?
Well, among other similar ancient texts, the Palermo stone lists the predynastic Kings of ancient Egypt, and the Pharaohs that ruled over Egypt in the first five dynasties. The most controversial part of the Palermo stone are the Predynastic kings, which have been labeled as mythological beings by mainstream scholars. The document, in hieroglyphic writing, accounts for 120 predynastic kings who reigned before the ancient Egyptians officially existed as a civilization. Interestingly, the names of the mysterious “gods” and “demigods” appear in the Egyptian royal genealogies as well. The Similarities between the Palermo Stone, the Turin Royal Canon and the Sumerian King List are fascinating, since all three mention a time when ‘Gods’ lived on Earth and ruled for hundreds, and even thousands of years.
In addition to the above, the Royal Annals also list the most extensive information available on taxation in ancient Egypt, their religious ceremonies, levels of the River Nile and military campaigns among other important details. More importantly, it is considered as one of the primary sources from which Manetho, an Egyptian historian, and a priest from Sebennytos, compiled the most extensive history of ancient Egypt.
Manetho is well known for his work “Aegyptiaca” in which he divided the rulers of ancient Egypt into dynasties, eventually leading to the formation of the modern system used for the dating of the ancient Egyptian history.
The Palermo stone was written on black basalt and is believed to have had around two meters in height when it was complete. Regrettably, its importance was not immediately recognized to the point that the important piece of history was once used as a doorstep.
The Palermo stone has helped researchers come to the conclusion that ancient Egyptians developed superior technology in order to smelt copper, which ultimately allowed them to create incredible copper statues as early as the Second Dynasty. Interestingly, it also documents a time when forthy ancient Egyptian ships, brought wood and precious stones from an unknown region of Egypt, taking place during the reign of Sneferu.
The Palermo Stone also records the construction fo the first stone building during the reign of Neka, which predates the Step Pyramid of Djoser.
As you can see, there are several ancient texts that describe with great accuracy a time when beings, possibly misunderstood as Gods, came down from the heavens and ruled over mankind. Moreover, similar accounts of ‘Gods’ that came down from the heavens can be found in numerous ancient cultures all across the planet. This is why many might interpret the Palermo stone as one of the most incredible and important ancient texts, that document a time when ‘otherworldly’ beings ruled over the planet.