UFO News ~ UFO During Daytime Over Philadelphia and MORE 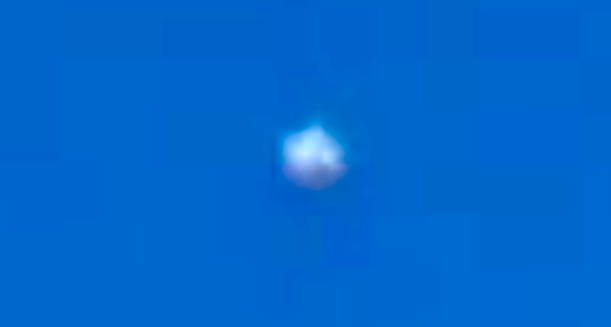 I added contrast to make it easier to see. SCW 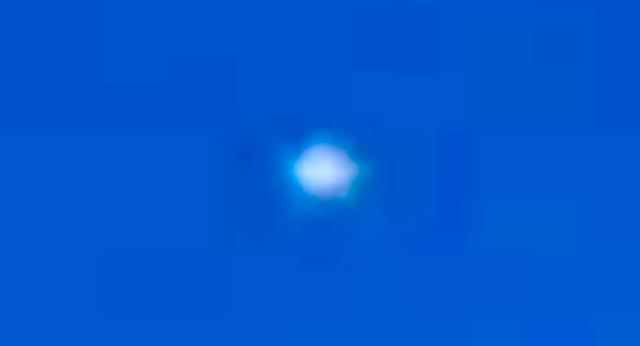 Here is a cool report of a UFO over a neighbourhood in Philadelphia a few weeks ago. When I add contrast to the photo, the detail stands out more, but as I do, the sky becomes darker. You can see in the close up below, that the object is not perfectly round, but has a bit of an oval shape and a small dome on top. There is also a field around it, that looks like an electrical disturbance from the UFOs propulsion system. That also explains why a lot of UFO photos are blurry...the field around it causes that appearance.
Scott C. Waring
www.ufosightingsdaily.com 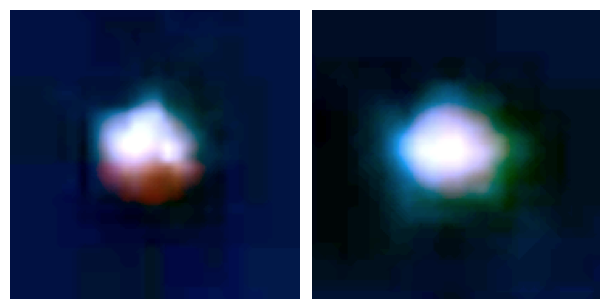 Eyewitness states:
My wife and I were on our way to the Food Truck Fest at Tamproom and 19th in South Philly. We drove over there around 5:30 and parked our car on Lambert and West Porter street where they meet. After we parked our car, we start walking west on Porter and turned left and started walking north on 20th street. My wife made a comment about the moon being out over head and I looked up and noticed this object not moving, just hovering. This was in the broad daylight with not a cloud in the sky. My wife and I both watched it hover for about 1 minute before it appeared to first come down lower from the sky. That is why we got excited because it went from hovering to moving downwards slowly. Then it stopped again and we got more excited. Then it changed directions and started moving south east slowly and then it stopped again. That is when I took out my cell phone and I started recording it. It stayed stationary for a bit. The sun was bright and was hitting my cell phone screen and I could not tell if i was actually pointing my camera in the right direction. So I used the Moon which was to the right of the object as a reference. Once I saw the moon on my screen. I panned to the left slowly until I saw it appear as a dot on my screen. I zoomed out to give you a point of reference and you can see some buildings. Then I zoomed back as much as my cell phone camera could. I was wanting to watch this with my own eyes but it was hard because I wanted to make sure I was recording it. The object starting moving east and picking up speed, this is when I put my cell phone down because I had to see this with my own eyes. As it moved father east, it started moving faster and faster and we could tell this object was large and because of how high it was away from us and how big it looked like from where we were standing. The object moved so fast they we eventually lost sight of it. I think we were excited to see one. This time in the broad daylight. My wife pulled out her cell phone later tonight and found one other person in Philly saw one on the same day and that is how we found it on this website. I would guess it was about 10,000 to 15,000 feet in the sky but about one mile or less from us. It defiantly had a shape to it which appeared to look like a "jack" but maybe with four sides and not six. My wife drew a picture of the shape of what it looked like to us from our point of view. I'll attach it here with the video. My wife watched it mostly with her own eyes as I was recording it. Unfortunately, I wish my cell phone had a better zoom and higher definition. 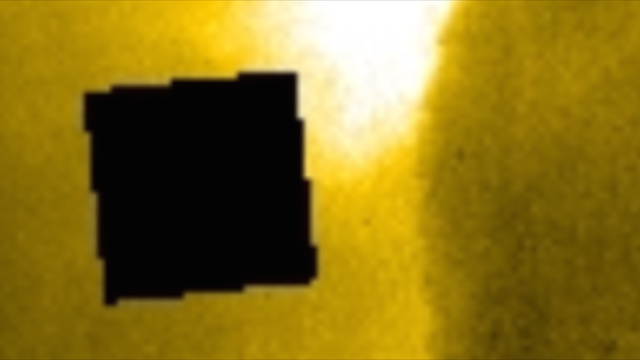 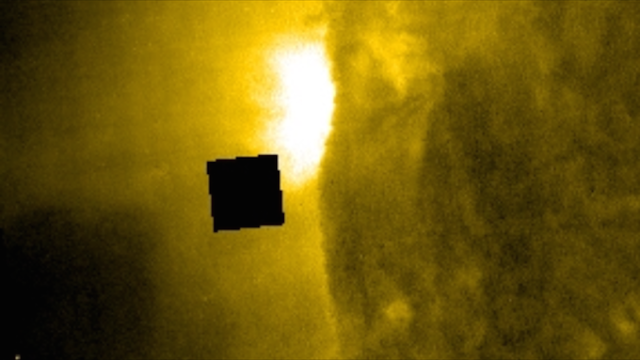 This cube was caught between the SOHO satellite and the sun. The cube has been seen before off and on. Sometimes its seen in three dimensions other times like this just two.

There is also the possibility that NASA is using a black cube to cover up alien spacecraft that get caught in SOHO images.
Scott C. Waring
www.ufosightingsdaily.com 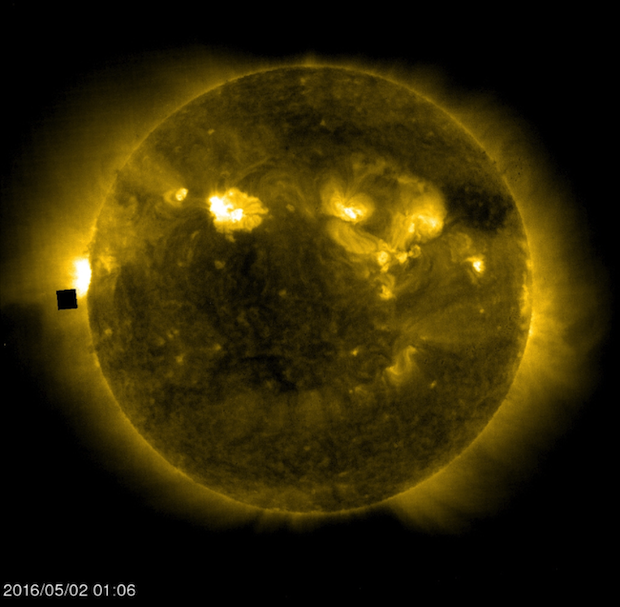 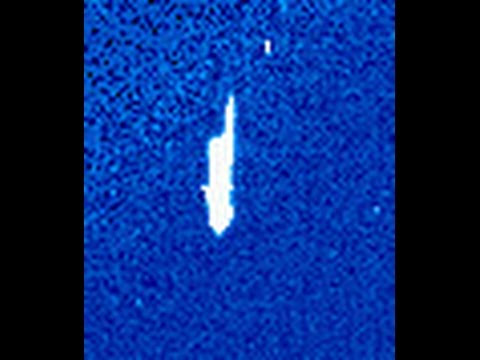 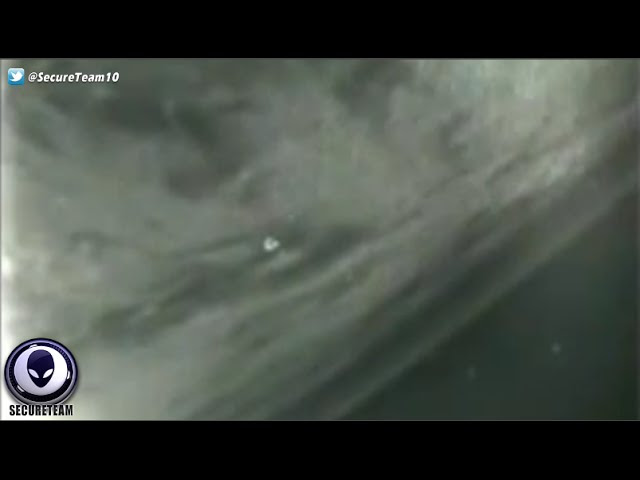 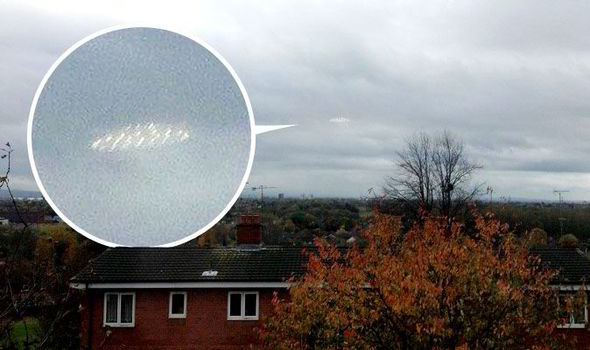 UFO Emerges from the Sea, British Aviation Panics, Tried to Stop Them
May 4, 2016 · Alternative / Conspiracy · 0 Comments
An extraordinary Ministry of Defense (MoD) report circulating in the Kremlin today states that a squadron of Eurofighter Typhoon fighter aircraft were the cause of the “mass panic event” that occurred in Northern England yesterday after these planes were scrambled to intercept a “mysterious object” (UFO?) that had risen out of the sea—and when met by these fighter aircraft was fired upon by them causing it to then “disappear/realign”. [Note: Words appearing in quotes are English language approximations of Russian words/phrases having no exact counterpart.]
According to this report, multiple Federation, British, NATO and American satellite and radar sources detected this “mysterious object” rising out of the sea off the coast of North England yesterday prompting RAF Coningsby, in Lincolnshire, to launch a squadron of Eurofighter Typhoon’s to intercept it—with one of these fighter aircraft making “repeated/numerous” combat attacks against it, and as one captured radar image (see below) shows. 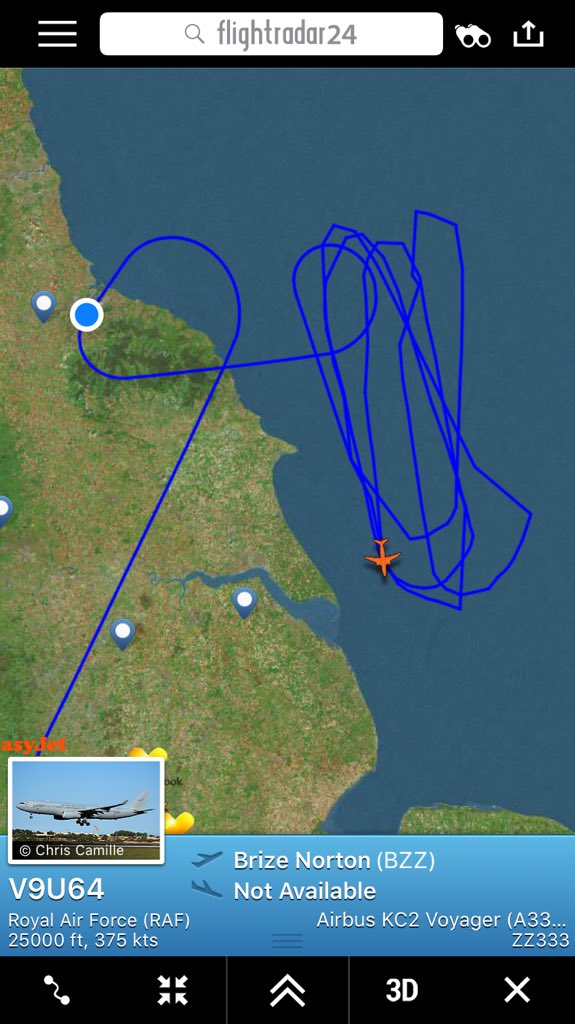 Local people from Leeds, York, Harrogate and Doncaster who were witness to this event, this report continues, became panic stricken and terrified that World War III was starting, this report continues, as loud booms filled the region and fighter jets filled the sky.
Within 15 minutes of this event occurring, MoD analysts in this report say, the British government issued a DA-Notice (Defence Advisory Notice) making it illegal for any news media organizations to report the facts of what had occurred—and 7 hours later published a “propaganda account” of this event stating that it was caused by a wayward Air France airliner over Yorkshire that had experienced a radio communication problem.
MoD experts in this report, however, state that all of Air France’s Airbus A320 aircraft have multiple communication systems (like all modern passenger aircraft) that continue working in emergency mode under all circumstances—with the exception of the aircraft suffering a catastrophic failure (crash), which this one did not.
Most intriguing, perhaps, in this report are its highly classified portions that allude to this “mysterious object” being associated with the “Baltic Sea Anomaly”. 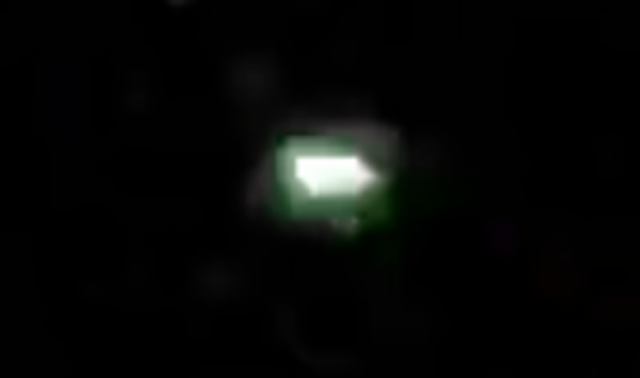 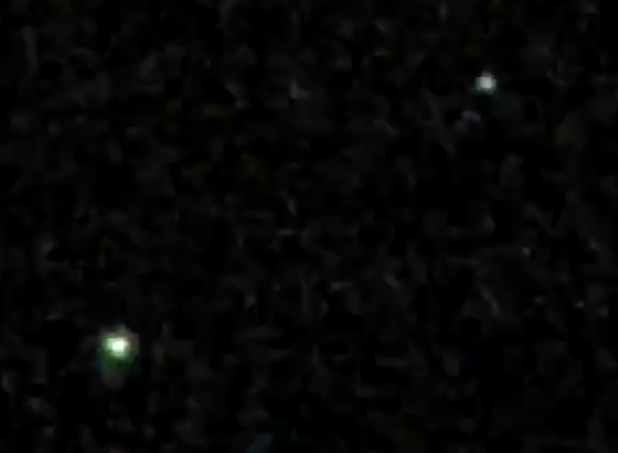 A close up of one of these UFOs shows that its actually not round at all, but actually a 6 sided polygon. I have not seen this shape of UFO for a long time. Its almost crystal in shape. Must have been great to wittiness personally. If you live in Shrewsbury, please let us know in comments what you saw.
Scott C. Waring
www.ufosightingsdaily.com

Eyewitness states:
One of many ORBS I called and witnessed last night, I only video'd a fraction of them. As I am an ET experiencer, I know the plasma balls are ET craft, and I have had telepathic contact, , orb manifestations indoors, woken with scoop marks etc...incidentally, I believe plasma is one of the 4 states of matter, and is essentially highly charged gas. Correct me if you're a physicist and know better. It is theorised that ETs either have a way of programming plasma to perform data gathering operations, or that the ETs themselves travel vast distances throough dimensions by transforming into plasma. It would be logical to assume, given that I have so many videos from one night, that I am not videoing the ISS or satellites. ( I have six orb videos I am uploading from last night, but saw several dozen). It is also clear that there is a ban on drones in the area, it is illegal to fly them within a hundred metres of the river, and these fly over the river. See my videos of planes over the area shot last night, to see what a plane looks like with the same camera. The orbs clearly are NOT planes or helicopters. 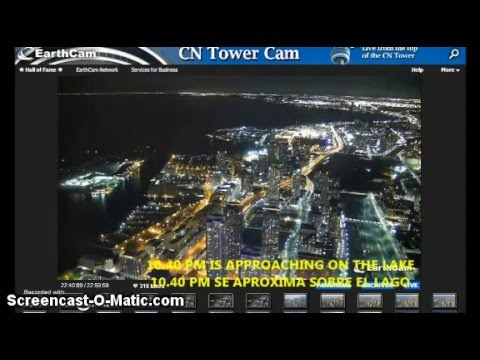 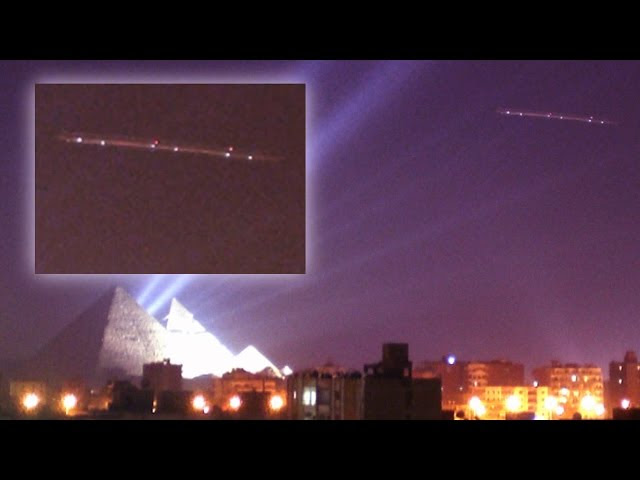