Mysterious object which emits greenish light captured in the sky over Austria and Taiwan Fri May 06, 2016 12:22 am

When I checked my photos in the car after we left the spot, I noticed some green dots in the some of my photos. I thought my I-phone lens was kind of stained by dust. But we were all stunned by the weird unknown object which emitted greenish light appearing in the photos.

We only noticed it when we checked the photos afterwards. None of us saw it when we were taking the photographs. Mufon case 76180-Taiwan.

Some days earlier on April 30, 2016 something weird happened in the sky over the Achensee Sud in Austria. 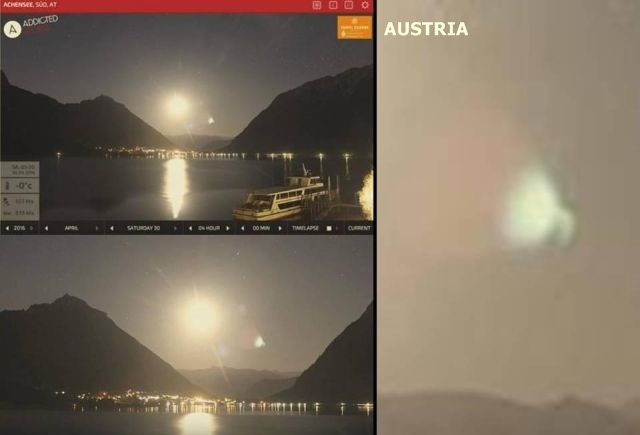 Identical lens flares caught on two cameras on two different locations and dates, could this be possible?

Since the same object is captured at two different locations at a distance of more than 9.000 km from each other, it’s more likely a UFO which has moved from Austria to Taiwan and as a friend of the witness in Taiwan said: "It could be a UFO and perhaps it was emitting a wave length that could not be detected by human eyes similar to a form of cloaked technology."