After 60 years of inactivity: The Bristol Island volcano, spews ash

After 60 years of inactivity: The Bristol Island volcano, spews ash gas and steam into the South Georgia sky after heavy quake activity 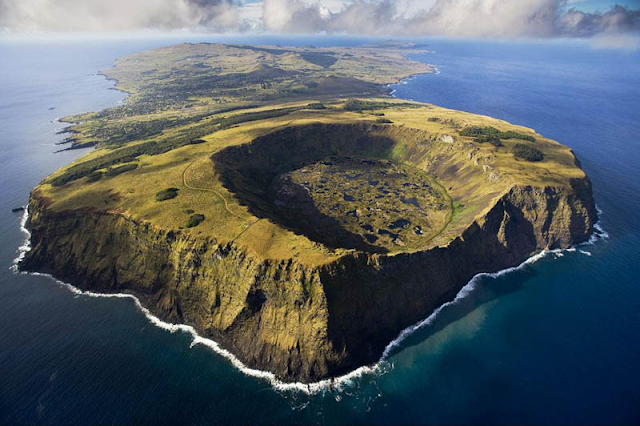 Photo web.kalid.com.
After 60 years of inactivity, the Bristol Island volcano,  South Georgia and the South Sandwich Islands, the old colossus has awaken...
A new volcanic eruption is occurring at the remote island, recent satellite imagery reveals.
Since late April, a thermal hot spot could be detected originating the volcano's summit, and clear-weather views showed a significant plume of gas and steam, possibly containing volcanic ash, drifting from the volcano.
The volcano's last known activity was in 1956.
However, without closer observation is difficult to know what type of activity is going on.
Two earthquakes of magnitudes around 5.6 and 4.7 were detected to have occurred near the island on 24 and 25 April; they are likely in relation with the new activity.

Volcano Uptick...Santiaguito volcano Guatemala has a powerfull eruption only five day's after a major quake in the same area


Global volcanic unrest as six eruption's registered since last Wednesday in The Democratic Republic of the Congo, Philippines, Chile, Alaska, Mexico and Japan

Pavlof volcano Alaska: The Popocatepetl volcano Mexico: And Sakurajima volcano in South Japan all erupt within hours of each other!

Democratic Republic of the Congo's Nyiragongo volcano is releasing up to 50,000 tonnes of polluted gas per day as eruption thought to be imminent

Yet another Ecuador volcano...Sangay showing an increase in activity along with Tungurahua and Cotopaxi

A very dangerous volcano which is in the center line of tomorrow's Solar Eclipse Makian Island's Kie Besi, Indonesia has begun to rumble

'We have had an attack from the earth like never before!' Ecuadors Tungurahua volcano spews ash 4000m high.