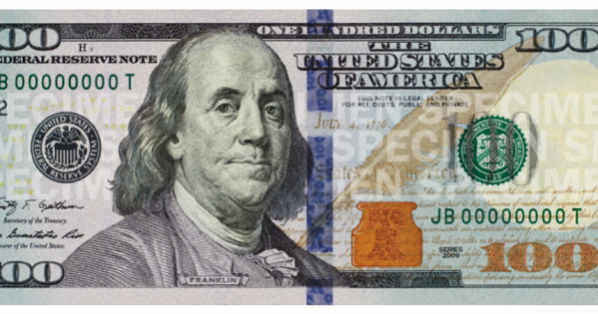 Recently, the US Department of Justice announced that five major banks – Barclays, Royal Bank of Scotland, JPMorgan Chase, UBS and Citigroup – will be fined approximately $5.7 billion after pleading guilty to crimes involving the manipulation of global currencies and interest rates.
The DoJ noted that four of the banks – Citigroup, JPMorgan Chase, Barclays and the Royal Bank of Scotland – have been forced to plead guilty to antitrust violations in the foreign exchange market, after they allegedly worked together to enhance their profits by manipulating the $5-trillion-a-day foreign exchange market to $10 billion.
At the press conference the US Attorney General Loretta Lynch said that starting as early as 2007, currency traders at several multinational banks formed a group they dubbed “the cartel.”
Lynch said that almost every day for more than five years, traders in this “cartel” communicated through coded language in a private electronic chat room to manipulate the market’s exchange rate between euros and dollars.
“They acted as partners, rather than competitors, in an effort to push the exchange rate in directions favorable to their banks, but detrimental to many others,” Lynch said. “The prices the market sets for those currencies influence virtually every sector of every economy in the world. Their actions inflated the bank’s profits, while harming countless consumers, investors and institutions around the globe.”
The New York Times noted that when one member of the “cartel” would “build a huge position in a currency and then unload it at a crucial moment, hoping to move prices,” other traders would agree to “stay out of each other’s way.”
Business Insider reported that this is an unprecedented settlement for the parent companies of so many major banks “to plead guilty to criminal charges in a coordinated action,” and that JPMorgan Chase and Citigroup are the “first major U.S. banks to plead guilty to criminal charges in decades.”
It is the second reprimand derived from in less than six months. This time, the banks have also admitted guilt in the fraud, which can lead to criminal charges against its employees. Don’t hold your breath for those criminal charges, though. No single banker has gone to jail in recent history despite multiple and continuous violations of existing law.
The banks were accused of packaging low-quality debt products that were at the center of the recent financial crisis and later were cited in the investigation into the manipulation of interbank interest rates.
Of the total figure announced Wednesday, $ 2.5 billion will be paid as part of “criminal punishment”, an unprecedented amount that fits the scale of the currency “cartel” that operates in the financial market.
To this amount US authorities added another $1.8 billion imposed in parallel by the Federal Reserve. The agreement also involves other regulatory agencies.
It is estimated that the illicit profit from these transactions amounted to $ 10 billion, which makes it unclear why the banks are only being fined for half of those profits. A more realistic punishment would be to confiscate the totality of the profits on top of imposing other penalties.
Barclays is the one that suffers the greatest punishment, with a $ 2.4 billion fine, that includes $1.3 billion to close the investigation performed by the department of financial services in New York, the regulator of the futures market in the US and the authority financial behavior in the UK.
The penalties do not really mean that the banks have been caught with their hands in the cookie jar. Instead, it means that they are guilty of fraud, but that they were able to bribe public entities with payments that represent only a fraction of the profits amassed through the fraud in order for the investigation to be suspended.
Citigroup paid $1.2 billion while JP Morgan will pay $ 892 million. In the case of RBS the fine amounts to $ 669 million and UBS will pay $342 million. The US Central Bank has also fined Bank of America with $205 million.
A very important point to make is that the banks and the authorities have been negotiating this settlement for months after two years of investigations.
According to the investigation, operators from rival banks exchanged messages where they arranged strategies and shared confidential information on the movements of their customers, which they later used to agree strategies and limit losses.
The currency exchange market moves $5.3 billion a day, which is about the same number imposed in fines to the five banks accused of fraud.
The final amount of the fine is likely to be announced on Wednesday, as indicated by several sources, based on the agreement reached by each bank.
The head of the U.S. Justice Department, Loretta Lynch, insisted that this “severe” reprimand should be a “reminder” to any entity operating in Wall Street that “use the financial system in their favor” and “inflate” the benefits of companies while taking advantage of customers and consumers in general.