Fort McMurray Fire Update: "No amount of resources can put this fire out!" Fire doubles in size over the weekend 385,476 acres 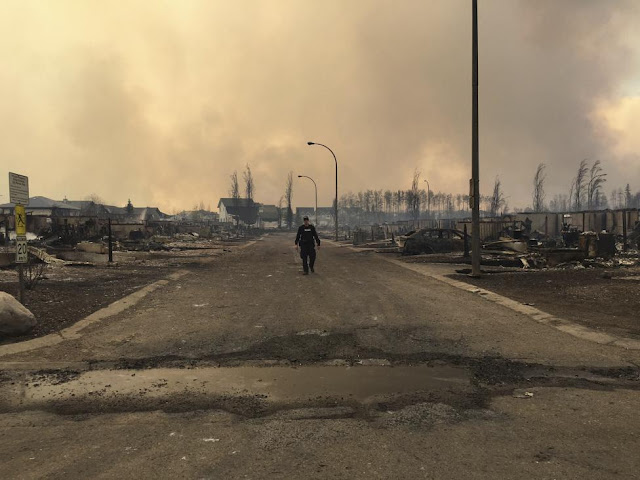 Photo reuters.com
Officials said that, even though the fire had largely pushed through Fort McMurray and was heading quickly northeast through dry boreal forests, the town was still too unsafe to enter.
Fort McMurray is in the heart of Canada's oil sands country, and the region has the world's third-largest reserves of oil. 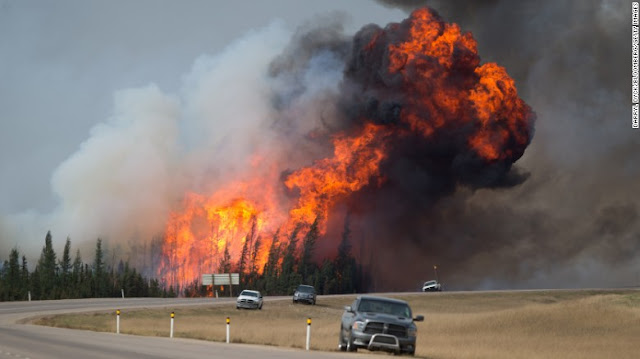 Photo cnn.com
Morrison said no amount of resources would put this fire out, and what was needed was significant rain, which had not been seen for two months.
The blaze now covers more than 385,476 acres.
The fire has now crossed the border into Saskatchewan on Sunday.
Besides the fire damage to structures, the power grid has been damaged, and the water is now undrinkable, Notley said.
The only "good news", he said, was the wind was pushing the fires away from Fort McMurray and oil production sites to the northeast, presenting less threat to people although causing serious damage to the environment. 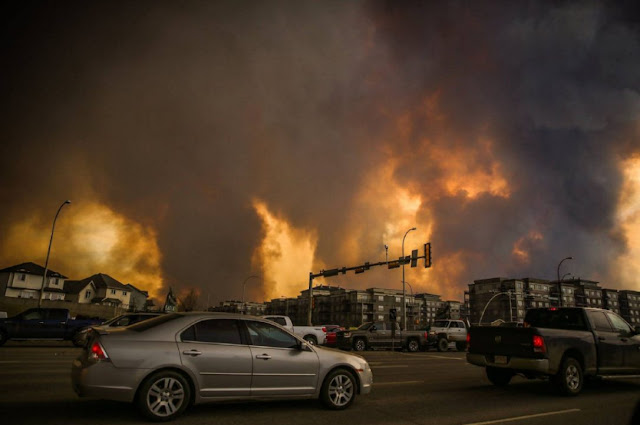 Photo thestar.com
Goodale says firefighters from other provinces are being brought in to spell off those who have been battling what he calls "this beast of a fire" for a week.
Numerous evacuees have sought refuge by heading to the city of Edmonton in the south, travelling in large convoys past the fire and the many devastated neighborhoods.
Federal Public Safety Minister Ralph Goodale said Saturday the wildfire remains "unpredictable and unsafe". 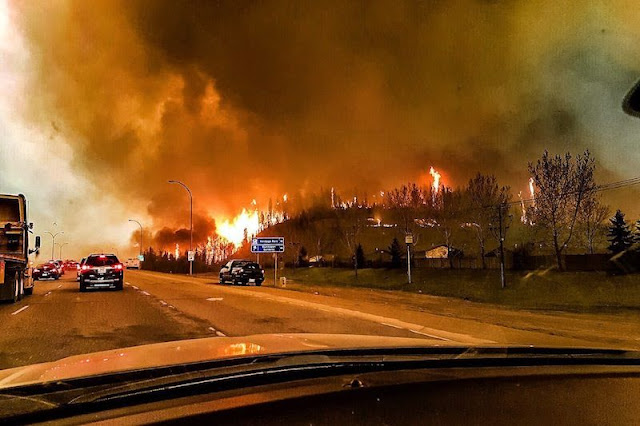 Photo canadianbusiness.com
Nick Waddington from the Fort McMurray Fire Department said one crew member saw his house burn down before going on to work an 18-hour shift.
The Alberta provincial government declared the fire had expanded to more than 600 square miles by midday, up from 390 square miles reported on Friday.
Flames rise off in Alberta Province of Canada, May 7, 2016.
"It is extreme fire conditions, the fire continues to challenge firefighters", Chad Morrison with Alberta Wildfire said. 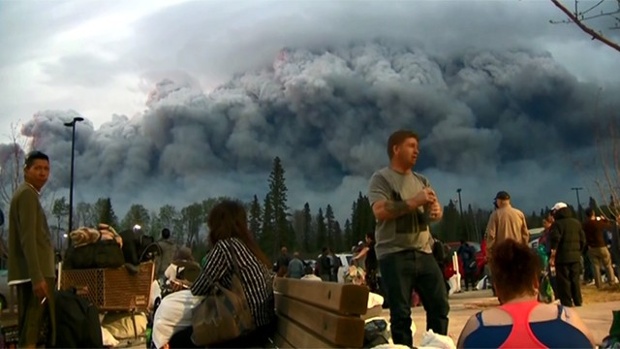 Photo ketv.com
The fire and mass evacuation has forced as much as a quarter of Canada's oil output offline and was expected to affect a Canadian economy already hurt by a dramatic fall in the price of oil.
Fort McMurray Mayor Melissa Blake told the Edmonton Journal that the city will rebuild.
There were fears the blaze could reach oil sands mines.
Mr Morrison said fire was "at the gates" of the Long Lake installation, but shifting winds would likely spare the facility.
Jihad Moghrabi, a spokesman for Lac La Biche County, said 4,400 evacuees came through The Bold Centre, a sports facility in town.

Photo macleans.ca
At the center, tables were piled with clothes, towels and other items.
A kennel housed people's pets on site.
They were forced on Friday and yesterday to retrace their route back through Fort McMurray on Highway 63.
Officers have been finding people in Fort McMurray who did not comply with the mandatory evacuation order during door-to-door searches.
"Trees were blowing up against our vehicles", Mr Wylie said of the caravan drive out of town. "Public safety is our number-one priority, and residents won't be able to return home until it is safe to do so", the administration said in a post on its emergency updates webpage.