OUT OF MIND » TRUTH IN CONSPIRACY THEORIES? » HISTORIES MYSTERIES » THE VRIL – FACT OR FICTION?….

Who or what were the Vril?
WIKIPEDIA
Wikipedia claims that there is ‘no historical evidence of such a society’ unsurprisingly, and most mainstream history sources will give the reader similarly vague and misleading information.
So why would well respected and seemingly knowledgable academics, be so unwilling to admit to the existence of certain events in our recent history?
Could it be that these historically ‘unrecorded’ occurrences were so interwoven with what is happening today, that being seen to have prior knowledge would have a devastating effect on those who hold power over the people of the world?
Would discovery or even a ‘disclosure’ of this information cause a mass awakening , on a scale that has never been witnessed in the whole of human history?
Now wouldn’t that be something to be a part of? 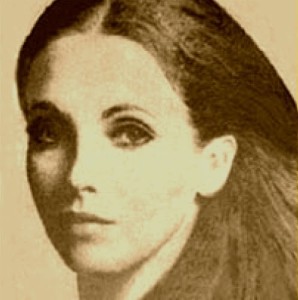 Maria Orsic
In the year 1919, a woman named Maria Orsic moved to Munich where she made contact with the Thule Gesellschaft through her work as a medium.
Very soon she created her own circle of people along with Traute A. from Munich and several other friends: they became known collectively as “Alldeutsche Gesellschaft für Metaphysik”, the official name of the Vril Gesellschaft.
All of them were young women, both Maria and Traute were exceptionally beautiful with very long hair, a uncommon hairstyle at that time.

This became a distinctive characteristic in all the Vril women which was maintained until May of 1945.
They believed that their long hair acted as a type of cosmic antennae to receive alien communication from beyond.
In public, however, they hardly ever wore their hair down.
So who were these women, exactly?
Legend has it they were witches from Atlantis, Lemuria, and/or the Hollow Earth.
They claimed however, to be living vessels for Vril waves coming from deep space.
In December 1919 a small group of persons from Thule, Vril and DHvSS (Men of the black stone) rented a small forester’s lodge in the vicinity of Berchtesgaden (Germany) where they met, accompanied by Maria Orsic and another medium who is only known as Sigrun.
Maria claimed to have received mediumistically transmissions in a secret German Templar script – a language unknown to her – containing technical data for the construction of a flying machine.
Vril documents mention these telepathic messages had their origin in Aldebaran, a solar system 68 light-years away in the constellation Taurus.
She had two piles of papers: one with the Templar script, the other with a legible writing.
Maria suspected the second pile would be written in an ancient eastern language and therefore she could be aided by the “Panbabylonists”, a circle close to the Thule society which was integrated by Hugo Winckler, Peter Jensen, Friedrich Delitzsch and others.
It turned out that the language was actually ancient Sumerian and hence the language of the ancient Babylonian culture founders.
Sigrun, from the Vril Gesellschaft helped translate the language and decipher the strange mental images of a circular flying machine.
In December 1943 Maria attended, together with Sigrun, a meeting held by Vril at the seaside resort of Kolberg. The main purpose of the meeting was to deal with the “Aldebaran Project”. The Vril mediums had received precise information regarding the habitable planets around the sun Aldebaran and they were willing to plan a trip there.
This project was discussed again on the 22nd January 1944 in a meeting between Hitler, Himmler, Dr. W. Schumann (scientist and professor in the Technical University of Munich) and Kunkel of the Vril Gesellschaft.
It was decided that a Vril 7 “Jäger” would be sent through a dimension channel independent of the speed of light to Aldebaran.
According to N. Ratthofer (writer), a first test flight in the dimension channel took place in late 1944.
The test flight almost ended in disaster because after the flight the Vril 7 looked “as if it had been flying for a hundred years”.
Its outer skin looked aged and had suffered damage in several places.
Maria Orsic disappeared without trace in 1945 unsurprisingly.
The 11th of March of 1945 an internal document of the Vril Gesellschaft was sent to all its members; a letter written by Maria Orsic.
The letter ends: “Niemand Bleibt Hier” (no-one is staying here).
This was the last announcement from the Vril, and since then no more was heard from Maria or the rest of the Vril.
The more adventurous speculated they fled to Aldebaran by some means.
Before you disregard this completely, maybe you could consider the Vril device known as the Die Glock (The Bell).
One of the great mysteries of World War II was that of the Bell.
Not only the Bell, but the man who was in charge of the project Hans Kammler who disappeared from the face of the earth at the end of the war.
The Nazi’s were always interested in developing special weapons that they could use.
The Bell was one of those projects.
So how important was the Bell project?
Important enough that Kammler had more than 60 scientists associated with the project executed just to protect it’s very existence from leaking out!
In 1945 Kammler had the Bell removed from its hidden tunnel on the Polish-Czech border and he and the Bell disappeared to never be seen again.
It is speculated Kammler had the Bell loaded onto a cargo plane and flown out to either South America or Antarctica.
Would that explain why in 1952 and again in 1953, George Adamski had managed to take photographs of a UFO that looked very similar to the Nazi Bell?
It is also been recorded that an object that crashed at Kecksburg, Pennsylvanis in 1965 also resembled the elusive Bell.
Pure fiction or simple fact?
It is a matter of public record that many Nazi Scientists were relocated to the USA after the war during ‘Operation Paperclip’ in order to give the Americans the edge over the Russians during the ‘Space Race’.
Were they also working on improvements and enhancements to the Bell and it’s possible successors?
Is it even worth considering that Admiral Richard E. Byrd in 1947 led 4,000 troops from the U.S., Britain and Australia in an invasion of Antarctica, (Operation Highjump) but allegedly encountered heavy resistance from what were described as, Nazi “flying saucers” and had to call off the invasion?

I do not suppose it is even worth mentioning that classified documents exposed by Wikileaks had revealed that the US Navy were ‘involved’ in a ‘secret war with UFO’s’ in the Antarctic.

OUT OF MIND » TRUTH IN CONSPIRACY THEORIES? » HISTORIES MYSTERIES » THE VRIL – FACT OR FICTION?….