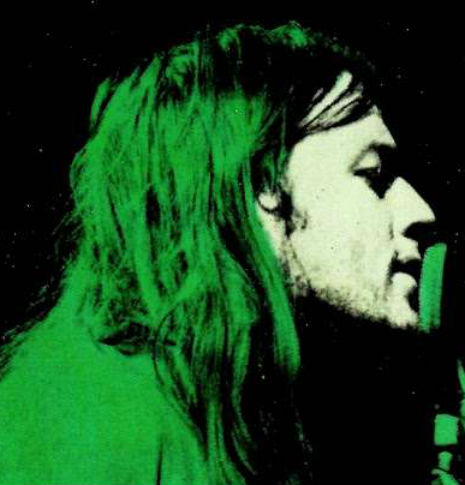 This remarkable footage of Pink Floyd live at “The Amsterdam Rock Circus” was shot on May 22, 1972. The festival was held at Olympic Stadium and the other acts included Donovan, Gene Clark, Dr. John, The New Riders Of The Purple Sage and Buddy Miles. Pink Floyd were the headliners.
This admittedly ragged, yet still quite compelling document is notable for so many reasons: First of all, there is so very little footage of Pink Floyd just before (and after) The Dark Side of the Moon came out in 1973. They were obviously a pretty well-documented band from the very start of their career, but there’s only a small amount of live visual Floyd material from this particular era. Second, the band is on fucking fire here. Please don’t take my word for it. It starts with an orchestra-less “Atom Heart Mother” (which includes a berserk David Gilmour guitar solo) and then goes into an extra dramatic and extra heavy “Careful with that Axe, Eugene” complete with a massive “festival-sized” pyrotechnics display during “the scream” bit. From the looks of the pyre they had going on there, this cool-as-shit conflagration probably singed some fringe off at least a few of the hippies in attendance that night. There was more fire during Nick Mason’s drum solo as he pounds on a giant flame-encircled gong. They also do “Saucerful of Secrets.”

Lastly, it was the final ever live performance of “Atom Heart Mother.”
The camera was right in the crowd and captured the show pretty well. It would seem that they had a tap into the audio board, too, because the audio quality is pretty good considering the year it was shot and the state of pro-am video gear at the time (which would have been really expensive). Before you complain about the quality consider how happy you should be just to hear the audio of this alone—this show has been bootlegged for over 40 years—but hey, now you can see what’s going on, too. For free. Because it sounds so good I found that I was much more tolerant of the admittedly amateurish camerawork. You take what you can get, but this is certainly nothing to sniff at.