The feeling of anger hit her like a wave crashing and drowning her as he approached her. What came next was a tight slap across her cheek. The wine glass in her grasp was no more in one piece and was now broken, pieces of glass drenched in her blood, stabbed in the flesh of her palm and other pieces escaped on the floor faster than the blood dripping from her wounds. The sophisticated gathering stared at her, frightened but waiting to see her lose control. His black eyes mocked her.
Her face turned red and she whispered, ‘Hell’s about to break loose.’ 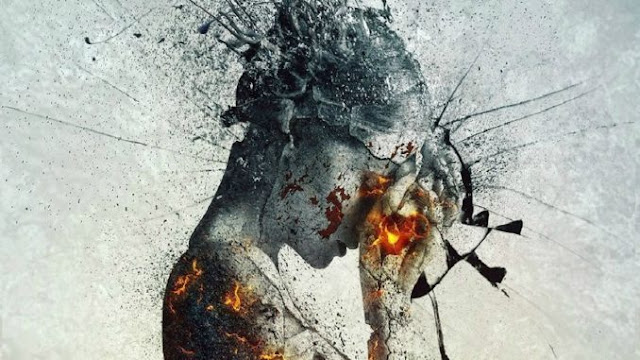 The time I first came across one of the most criticized field of science, parapsychology, when I was writing. What was I writing about that made me dive into the field of parapsychology? I was writing a story about a person who was receptive to the feelings of others and could end up losing control over her own self, getting immersed in an emo-storm. The concept, plot, and story were all there, but what was lacking was the term.
Thanks to Parapsychology I discovered, such individuals are called Empaths.
Before exploring empathy of empaths, let’s see if the source of the knowledge is valid or even interesting at all.
Parapsychology, peeps is a study of Extra Sensory Perception (ESP). ESP means a kind of perception that cannot be accounted for by the use of the known senses. It is the study of such incidents and conversations or type of communications that are independent of the 5 senses.
Para is from Greek, and means “beside, closely related to, beyond…” The term parapsychology was coined in or around 1889 by the philosopher Max Dessoir. It was adopted by J. B. Rhine in the 1930s as a replacement for the term psychical research in order to indicate a significant shift toward experimental methodology and academic discipline.
This revolves around the paranormal and psychic phenomenon which has been explained by different fields of study in various manners. However, parapsychology aims to understand it scientifically and wants science to acknowledge these things exist.
However since the first step parapsychology took in the world of systematic study, it has been criticized. That doesn’t demoralize the people from exploring this realm of ‘pseudo-science’ rather the investigation continues. It explores unexplainable regions such as telepathy, precognition, clairvoyance, psychokinesis, near-death experiences, reincarnation, apparitional experiences, and other paranormal claims.
Well, the coming week will enlighten us by going deeper into this field and get a gist of it and can open doors to form a conclusion if in reality this is or is not a field worth diving into.
Coming to Empaths, who are empaths? Are they real?
Now, empathy is different from sympathy and it’s an ability to understand someone as if you were in their shoes. However, for empaths it gets scarier, as they can’t just figuratively step into someone’s shoes, they literally do.
Empaths are hypersensitive individuals who easily get affected by the emotions or vibes of people, place, and animals. It’s considered as a psychic ability which explains its place in parapsychology. Most empaths do not know how to control their abilities often leading to regretful actions. There are different types of Empaths, above mentioned traits are found in all the different types. Now, I won’t go on blabbering about what Empaths can do, with the help of research I will see if the existence of Empaths is true. Many empathic individuals are insecure, conflicted with doubt if they are normal or crazy, unaware of this study done in the field of neuroscience which can possibly be the explanation of these abilities.
Research on Mirror Neurons can be as light at the end of the tunnel or just a train.
Mirror neurons are thought to be a neurophysiological mechanism involved in how we understand the actions of others and learn to imitate them
In the context of motor skills, monkeys were observed in an experiment. A hypothesis was formed on their behavior where they were triggered to do an action by watching someone else perform it. It was an internal response triggered.
Similar way watching others do something triggers an internal response that can help us mimic and imitate what we see. The mere act of watching a certain someone experience something activates neurons in our own brain, despite our least involvement in that action.
What is striking about this process is that it happens consistently even though the observer does not move his muscles at all. It’s only an internal representation of the action, not a physical imitation of it.
Marco Lacoboni in his book, ‘Mirroring People’ introduces the concept of Mirror neurons which in future can explain the physiological basis of empathy.
So what do you think? Do you think Empaths exist? Are you an empath?
Source: thclabs