500,000 evacuated as Cyclone Roanu smashes into Bangladesh: Death toll more than a hundred with many more missing 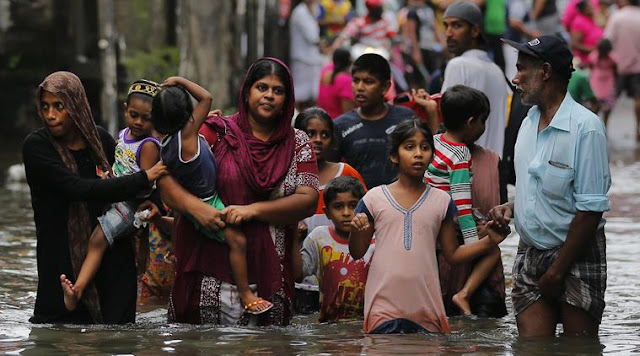 Photo latest--news-headlines.com
At least 30 people have died and dozens more have been injured by Cyclone Roanu as it tore along the nation's coastline, from where authorities have evacuated some 500,000 citizens as a protective measure, various sources reported.
The deputy secretary of the Bangladesh emergency management office, Satiya Broto Saha, told EFE that 30 people were killed over the past few hours in accidents related to the cyclone, such as falling trees and walls.
Saha said the administrations of the country's 14 coastal districts have evacuated 500,000  people from different "vulnerable areas" to 3,500 shelters, the usual practice in such situations.
"At this time we do not know the volume of material damage, but we have allocated funds and food to the respective authorities in case they are needed," Saha said. 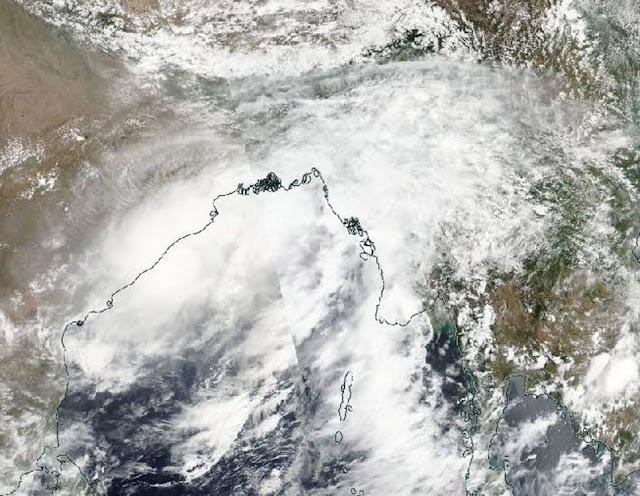 NASA-NOAA-DOD's Suomi NPP satellite on May 20, 2016 that showed that Roanu did not have a visible eye and its western quadrant was over the coast of northeastern India. Credits: NASA/NOAA/DOD
Cyclone Roanu entered the southern part of the country around 12:00 noon with sustained winds of between 62 and 88 kph (39 and 55 mph), which on the Saffir Simpson scale would be a tropical storm, Abdul Mannan of the Meteorology Department told EFE.
"Risks of mudslides exist in some areas of the south due to continuous rains over the past few days," Mannan said.
The Meteorology Department and river traffic authorities have also issued advisories to keep boats docked on the coast and to avoid sailing on rivers, which, according to local media, had aleady been reestablished.
Cyclone Roanu was formed by a depression in the Bay of Bengal that caused heavy rains and high winds this week in the central and northern regions of Sri Lanka, leaving at least 64 people dead in that country before moving north along the east coast of India in the direction of Bangladesh.

A developing disaster unfolding! Entire population of 80,000 is on the run from a city on fire in Canada

14 people dead as more floods hit Texas: "The City of Palestine suffered the worst flooding event in my 59 years!"


Pakistan rain death victims is raised to 212 with nearly 200 injured and more than 1,400 houses destroyed


Cold wave...Canada experiencing arctic temperatures as the mercury drops to -10C with feel like temp at -17C (1F)


Snow falls on the Caribbean island of Guadeloupe for the first time while Alaska enjoy's a record heatwave....