OUT OF MIND » SUPER SCAMMERS!! RV & DINARIAN FRAUDS & THOSE THAT BUST THEM OUT! » NEIL the conman KEENAN » NEIL KEENAN UPDATE | Say It Ain’t So, Thomas Williams


In the midst of a dark night a group of people sat together trying to figure out the best way to go.
The poker player said, “Don’t show our hands, but we have to get Keenan and his group out of the way.”
Another one said, “Well, how do we do it? Keenan has enough on most of us and will not hesitate to use it.”
Finally, the third one said, “Do your best, Thomas. Just don’t let him get those crucial statements out there without question.”
This took place just minutes after Neil and Group K released the post revealing that Obama resigned the Presidency, the RV’s were opened, and the Cabal surrendered.
Soon thereafter Thomas Williams made his first appearance giving his personal opinion filled with past unproven erroneous facts, and thereby creating the ensuing chaos that led to his recent demise as the MC of Cosmic Voice.
Little did Thomas Williams know that 5 skilled professional people, including M2, put that post together. Each person contributing was grades above average intelligence! As Dean Chambers can tell you, “Boy oh boy, did Thomas get it wrong this time!”
Yes, it took work by each person to make it acceptable and promptly get it out to you, and only seconds for Thomas Williams to come out and attempt to tear it down. Apparently, he had an agenda, one we guessed and felt but never brought forth sooner, as it would be the condemnation of a person whom we trusted and cared for over a long period of time!
Most sat back and watched Thomas’ “lullaby show” once a week after experiencing Drake’s “take the world by fire” exhibit that would lift and motivate one’s soul to take action.
Allegedly, it was this “sleepy time talk” that may have enticed the very entities that we’ve been fighting for years.
They like the soft, passive talk which doesn’t alert and wind people up. Drake was full of fire and wanted them out of the way, as did Neil and Group K. The people were up in arms and ready to storm the Bastille, but Thomas would take the people and put them right back into their chairs, eyes closed thinking about how wonderful everything would be.
Obviously, this was just what the big boys wanted! What a great world it was going to be once the people drank the Kool Aid being sold to them.
Perhaps it could be another unfortunate “Jim Jones scenario”. The World belonged to them, or as in this case, the show did. Thomas proceeded to spill his spiel and separate the groups. The opposing sides split between those that believed in Thomas and those that did not, a clear cabal tactic of “divide and conquer”.
So, what had been an interesting ride for Neil and K Group ended when Neil said, “To hell with this nutcase who never supports his statements with a source (i.e. “sorry cannot divulge this”)”, and he started his own Facebook Page “It’s A Keenan Thing”.
Of course, this would not exclude Neil’s friend Drake, because from the very beginning Drake had a vested interest in Neil’s venture, and it continues to this day. Drake is one who believed in you the people and took a shot on you the people.
Now let’s get to the end of this brief post and include the Kristi Adams and Chloe “characters of the Triumverate”. (Yes a trio!)
The Agent who, said she never was, but had clearly Skyped Neil, “she was G5 and 10 times more powerful than the President of the Country”.
Who could she be? After a few of the girls got a hold of her on the site, she became chopped liver, and the same for “Madame” Chloe, Thomas’ handler.
They took a fall and fell hard. No way they could be fired, was there? Their story will be revealed in a follow up most likely in a day or two and, oh yeah, what did we learn about Thomas and the girls?
As for Thomas Williams we learned and we quote this :
[4:36:06 AM] Drake Bailey: This is what Tommy is involved in :
[4:36:14 AM] Drake Bailey: The illuminati foundation, Donavan FDN, has convinced Tommy and company, to go their way. That I was not welcome, Tommy was The man, and were going to send large amount of funds.
Get this, Thomas Williams and the funds he is waiting for are Illuminati!!
Thomas has jumped boats, people. He is with the bad guys. They did not want Drake and we all heard the story how Thomas had stabbed Drake in the back and then brought him back in when he learned he needed Cosmic Voice to fund his Foundation.
And the Donovan Foundation is Kristi Adams who was brought in by Thomas and Chloe to oversee the operation and where it was heading.
Now, we must be careful of anyone following Thomas Williams, as they are now all suspect now as being agents. Drake wonders how many more agents are trolling his site, and it is of great concern.
One has to study Thomas’ followers closely and get a read on this to make Cosmic Voice safe once again, the show that everyone has expected for years. Thomas said that Drake and team never even said goodby; now would you say goodbye to Judas yourself?
Just understand the place Thomas left Drake in! 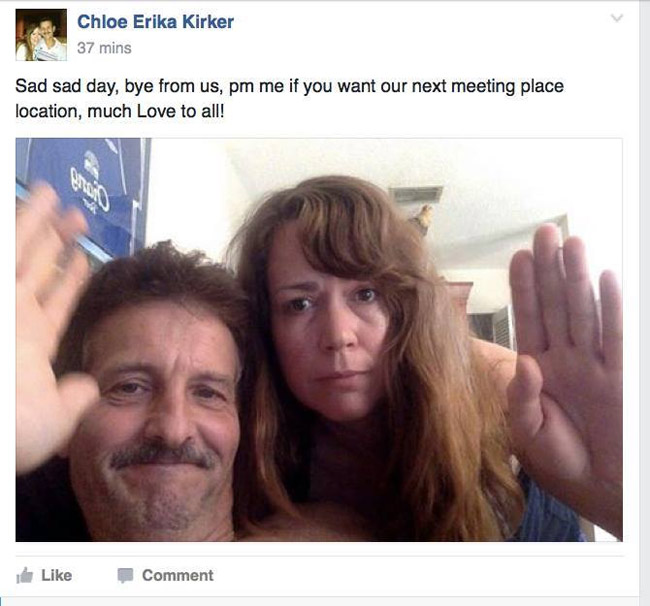 They will all be going down for fraud real soon is what I hear....

OUT OF MIND » SUPER SCAMMERS!! RV & DINARIAN FRAUDS & THOSE THAT BUST THEM OUT! » NEIL the conman KEENAN » NEIL KEENAN UPDATE | Say It Ain’t So, Thomas Williams